Frostsnow https://frostsnow.com/
Home Gossip Solofa Fatu Jr. aka Rikishi defends Roman Reigns as he predicts the American to have a bright future

Solofa Fatu Jr. aka Rikishi defends Roman Reigns as he predicts the American to have a bright future Rikishi defended Roman Reigns again. Yes, the latest news delivered that he predicts the United States will have a good future across and being a professional wrestler, he is properly moving with his games. This time defending Roman reigns he seems extremely happy and indicated America to have a good future in this field.

Rikishi is a one-time Intercontinental Champion. During the year 2015, he even got inducted into the WWE Hall of Fame which he denotes the greatest achievement of his life. He is all ready for his next play and preparing fully for another great success.

Let's get into the story.

During an interview with The World According To Wrestling, Johnny Mundo a.k.a. John Morrison took a dig at Roman Reigns. When asked about who he (John) would like to Wrestle in the future, he stated,

Roman Reigns, I'd love to wrestle him in like 10 years if he's still wrestling, because by then hopefully, he'd figure out how to work.

Rikishi didn't take John's words too kindly and in response, he wrote,

Here's your Hall of Famer Reply to this comment:
Fortunately for Joe Anoa'i #RomanReigns in just 4 years of wrestling he has been 2 time WWE World Heavyweight Champion, Tag Team Champion, Royal Rumble Winner, WWE Wrestler of the Year and Main event Wrestlemania! What have you done in your first 4 years of wrestling. Even in 10 years you won't be in his level to share the ring. #LetThatMarinate #SamoanDynasty #AnoaiStrong

Here's your Hall of Famer Reply to this comment: Fortunately for Joe Anoa'i #RomanReigns in just 4 years of wrestling...

Let's find out more about Rikishi.

After the death of his father, he undertook all the responsibility of his parents. More than which he is a decent family guy and also earns a good sum of net worth.

He is a father of 4 children and he is even undertaking the good care of them. His wife name is Talisua Fuavai whom he got married to and for now, they are living with a wealthy family. From very early age he became family oriented which is the reason for now of his attachment to them. Most of them he is close to his son and loves him a lot. 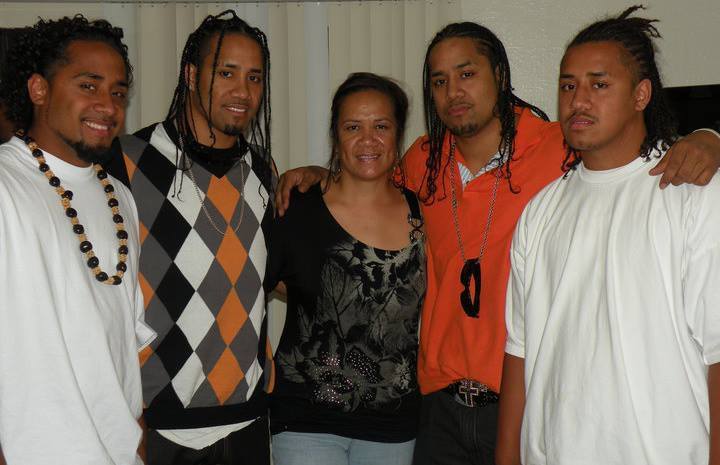 Solofa has just started using Twitter as previously he was not much connected with the social sites. He has limited followers for now but will be having excessively in the near future. He has not been visible to Instagram yet but his fans are suggesting him time and again to have an account into it. In the free schedule, he loves watching movies of Leonardo DiCaprio and he loves his acting style. He is thought to continue in WWE  for at least a few years.