Sofia Vergara married Joe Manganiello after her first divorce; Who is her first husband?

Actress Sofia Vergara was married to her High School boyfriend Joe Gonzalez at an early age of 18. They were blessed with a son named Manolo, born in September 1992. Sofia got divorced with her first husband Joe after a short married life of two years. Eventually, the couple legally divorced in 1993.

Currently, she is married to Joe Manganiello. They were engaged for 11 months before they got married in 2015. The couple doesn't have any children yet however, they have fully enjoyed their marital relationship.

Stay with us to find more about her.

Sofia Vergara left her study to pursue a career in modeling and show business. Sofia was in love with a guy Joe Gonzalez from her high School with whom she got married on a Christmas day of 1991.

Sofia was only 18 when she tied the knot. She wore a long-sleeved wedding dress with satin gloves on her wedding and looked gorgeous in the wedding dress. In addition, she had also taken the long veil. 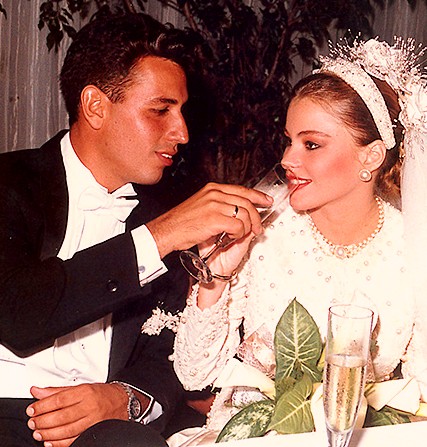 Caption: Sofia Vergara having drink with Joe Gonzalez on her Wedding

The couple gave birth to a son named Manolo in September 1992. Her relationship with her husband Joe didn't go well and after irreconcilable differences, she finally got a divorce with him after just 2 years of their marriage in 1993.

After getting a divorce at an early age of 20, Sofia lived a single life until she met Nick Loeb. She got engaged to her boyfriend Nick Loeb, however, the relation ended after 2 years of their engagement. After her breakup with fiance, Nick she was again single for some time. 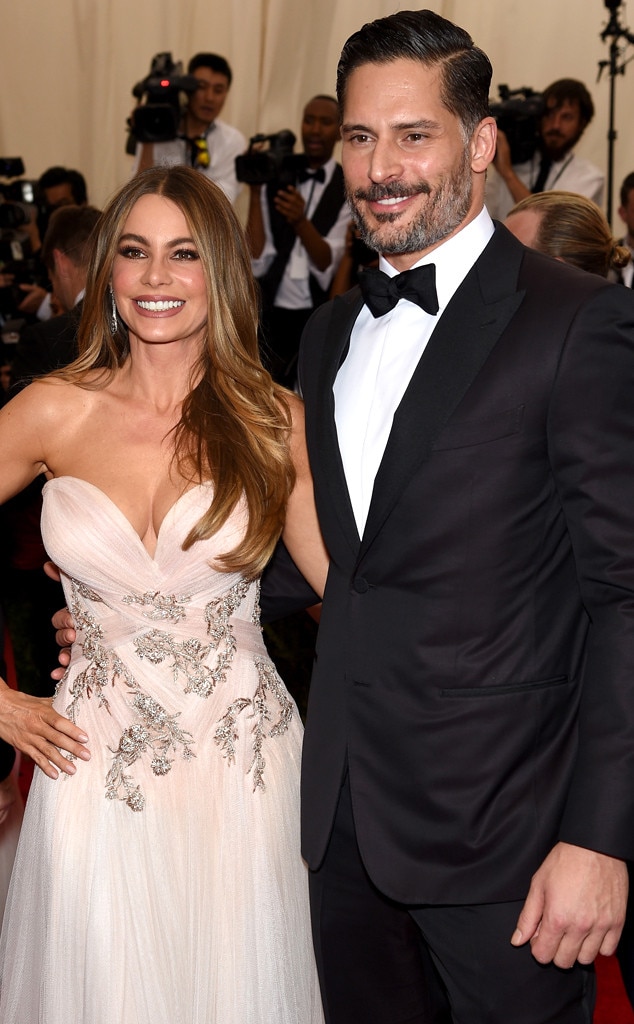 Sofia and Joe Manganiello started dating since July 2014. After a few moths of dating, the couple decided to engage and eventually, they got engaged on Christmas 2014.

The couple remained engaged for 11 months until they got married in 2015. The couple is married for over a year, however, they haven't given birth to any child yet.

Sofia Vergara has a very successful career in Modeling and acting as she has topped the Forbes' list of highest-paid Female TV actor for consecutive 5 years. She has earned $43 million in the past 12 months with her leading role in the TV series Modern Family.

Sofia got her first break while she was 17 years old. As a model, she got a Pepsi commercial that was aired in Latin America. She got most of her popularity with the TV series Modern Family.