Gospel Singer Yolanda Adams is a multi-talented personality as she is not just an incredible singer, but also a radio host, actress and record producer. She has won many prestigious awards to date among which four are Grammy. Isn’t she amazing?

Even though Adams found huge success as a singer and television personality, her married life isn’t as successful. She is married and divorced twice, but at present, the ‘Open My Heart’ singer is rumored to be engaged to Donnie McClurkin. How true is that? Let’s find out.

Troy Mason was Adams first husband. The pair had tied the knot in 1987, but their marital relationship couldn’t last more than a year. Even though it seemed like Mason and Adams’ relationship was going well, they divorced in 1988.

Adams has always been mysterious about her first divorce, but sources claim that she had to suffer from domestic violence during her marriage with Mason. After her deserted marital life with Troy, Yolanda was secondly married to Timothy Crawford Jr.

After Mason, Adams found love in Timothy Crawford Jr., former NFL player, the pair dated for a while and got hitched in 1997. Adams and Crawford are a parent to their daughter Taylor Adams Crawford.

Sadly, Adams’ relationship with Crawford only lasted till 2004 as that is when they dissolved their marriage. It is reported that Adams was harassed by Crawford which led to a miscarriage of her second child.

She talked about divorce in an interview and revealed that,

somebody doesn’t have to do something to get divorced as it is a myth. Sometimes thing doesn't fit anymore for some reason.

She also advised supporting a person’s feeling and space when they give up.

Thanks to everyone who sent Beautiful Words of Love and Blessing to Taylor on #Sweet16!! You are why we smile!! Love Y'all

Life goes on! So did Yolanda. After two of her heartfelt divorce, Yolanda found a way to move ahead in her life. Eventually, she fell in love with American singer Donnie McClurkin.

Adams seems to get along with Donnie McClurkin really well due to which a lot of people suspected them to be dating. In fact, there are rumors that claims that the two are engaged. However, the rumor appears to be false as Adams and McClurkin are and have been great friends for more than 30 years.

However, the truth is McClurkin has a crush on Adams. He opened up in an interview saying that he tried to date her once. He didn’t reveal Adams response to his attempted date but he claimed that he’ll wear her down someday. 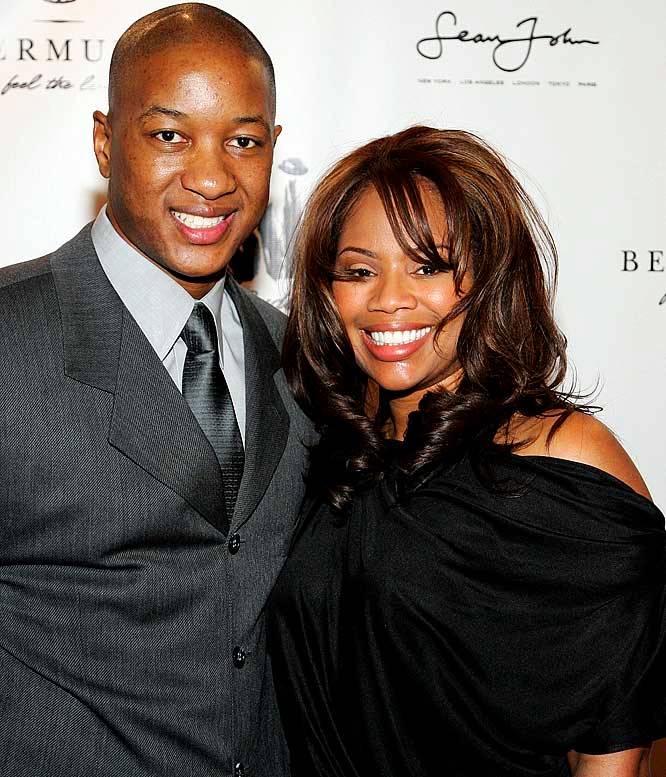 Well, we would like to convey our best wishes to McClurkin for his future plan as we would be more than happy to see Adams with someone who knows her worth. 29 Years Brenda Song's past affairs and relationship, Did she engage anyone? Caitlyn Jenner is single or Married, Who is she married to? Know about her Relationship