Frostsnow https://frostsnow.com/
Home Gossip Sheryn Regis seems to be Lesbian, Had an Affair with Another Woman, Know about her Relationship

Sheryn Regis seems to be Lesbian, Had an Affair with Another Woman, Know about her Relationship We often hear stories related to how a wife cheats on her husband with another man and vice versa. But, only on a rare case, we hear gossip of wife having a relationship with another woman. Today, we have brought you a similar story. It’s about Sheryn Regis.

If you are wondering who Sheryn Regis is, then let us tell you that Sheryn Regis is a renowned Filipino star. She is most widely renowned for singing the theme songs of various ABS-CBN's shows. You won’t find any difficulty if you wish to know about Regis’ professional life, but her love life is not talked about much. Regis is rumored to be lesbian because of her relationship with another woman.

Sheryn Regis was in a relationship with Emy Madrigal

No one knew that Regis was in a relationship with Emy Madrigal, a business-woman until Madrigal revealed the huge news in an interview with PEP website. Madrigal claimed that she met Regis through a mutual friend. 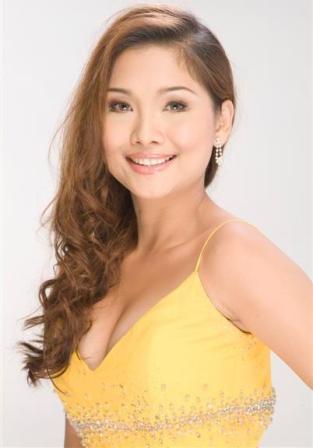 The businesswoman also claimed that Regis accepted of being a lesbian and falling in love with her in 2005. Madrigal also informs that she paid a part of Reyes’ living expense while Reyes lived in Texas, US. She also adds saying that she gave Reyes a lot of expensive gifts throughout their affair.

According to Madrigal, the pair’s relationship had gotten stable in 2011 but when they met the last time things got quite complicated between them and Regis dared her to reveal about the relationship to the public. Even though Madrigal didn’t want to destroy her lover’s reputation and family life, she did so because of Regis’ pressures.

Even though Madrigal is a mother of two, she is a divorced lady. However, Regis is happily married to Earl Vincent Echiverri. Regis has a child; a daughter named Sweety with Echiverri.

Regis hasn’t spoken regarding this issues. Since the whole story appears to be quite serious, we believe that she will address it soon. It’s not a shame to reveal about one’s sexuality to the public but we think Regis is scared of losing her happy family. She should accept it proudly if she really is a lesbian or she should deny the allegations straight if she isn’t one.