Shannon Beador reunite with her husband David Beador; Their married life and children

Falling in love, getting married, breaking up, divorce, cheating these words are very common nowadays. Today we are not only talking about love, marriage, break-up, divorce but also, we are also talking about a strong love/bond between a married couple. It's non-other than Shannon Beador and David Beador.

The thing with this couple is that they had some rough time but they did recover from it. We will just get the gist of the topic and get to the details later. The couple was so much in love that none of us thought that they would one day depart.

And then something unexpected happened. David was found cheating his lovely wife due to which they separated. Remember we told you about their strong bond? Yes! They later worked out with their problems and are together again. Now, we will let you know all these things in detail and from the very beginning.

If we start from the begging, we should know that David and Shannon are married for more than 15 years now, and they have three kids together, 13-year-old Sophie and 10-year-old twins, Stella and Adeline. Everything was going well before David met blonde executive Nicole McMackin (married to the president of a successful Orange County tech firm).

If we talk about how they met. It was in September of the year 2013. There was a meeting of an elite business club for entrepreneurs called Young President's Organization. In this meeting, both Nicole and David Beador were also invited along with other peoples. 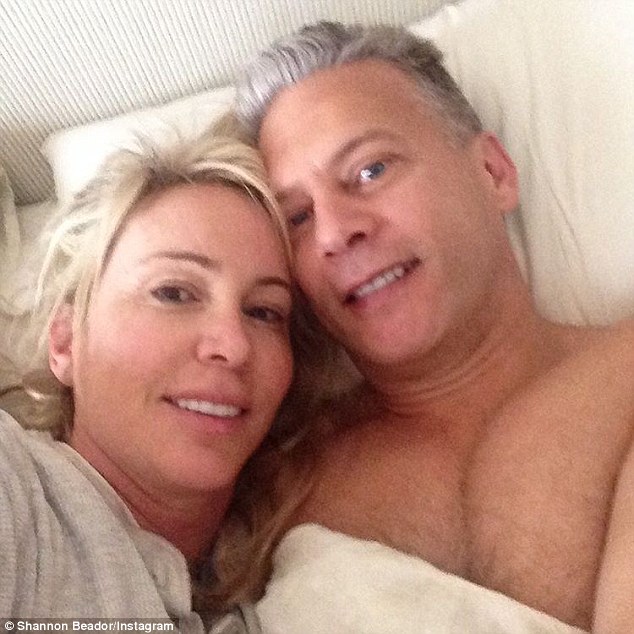 Then one thing led to another and David became intimate with this bold and beautiful Nicole. Shannon Beador had no idea about it. But after Shannon found David's suitcase, and some documents related to hotels, she knew about the affair.

The couple had an argument and in the argument, David admitted that he was having an affair. Real Housewives of Orange County star Shannon was devastated by hearing that. She has explained how she felt and all the events that happened. Let's hear it from her.

One day he handed Stella his wedding ring and said, “Give this to your mother, I don’t want it anymore.”’ Shannon revealed, with Cohen unable to hide his disgust. ‘And that was a knife in my heart, I thought we’re never going to get back together. ‘I had to do some of the interview commentary for the show and I wore his wedding ring because I wasn’t gonna give up.’ ‘I’ll tell ya how I got through it: I’d get on my knees and I’d pray to God every day, ‘Just get me through this day”. And that’s how it happened.’ ‘It’s tough to hear - it’s heartbreaking, it really is,’ David said, not denying the story. ‘What I put her through is horrific, it really was horrific.’

David agrees to everything that Shannon said. But after all those things, Shannon had some hope left and now they are together and happy with each other. David and Shannon could not re-unite if it was not for Shannon since she worked very hard for six months for their marriage to work.

Girls day in LA visiting our favorite @Loliver925 to get a little blonder while Daddy plays in… https://t.co/SSHiiMEzUx

Here's a video where David Beador reveals how Heather Dubrow knew about the affair by WWHL. Don't miss it. Things will be clear after you see this.

After a rough time together, this duo is together. We can learn a huge lesson from this duo. From this, we can also learn that we should never lose hope and always hope for the best.

We wish this duo a very best of luck for their life in the future and hope they can tackle everything like they did this time. We hope this condition does not come to anyone because everyone is not as strong as David and Shannon.