The 35 years old, Golnesa Gharachedaghi is an American actress, entrepreneur, and fashion designer. Known among the fans as G.G., she is one of the stars of the hit Bravo reality TV series Shahs of Sunset since 2012. She is a self-professed shopaholic and a fashion diva.

Golnesa recently got married to her husband Shalom Yeroushalmi but now the rumors that she has filed for divorce is all over the media. The couple recently celebrated their wedding ceremony and seemed very happy. Well, all of a sudden the couple is rumored to be separating. Come discover with us the truth.

Golnesa files for divorce with her husband Shalom

The newly married couple, Golnesa and Shalom seemed very happy and excited about their married life. But, on 12th May 2017, Golnesa separated from her husband and according to her court files, she filed for divorce on March 17 citing irreconcilable differences.

Golnesa uploaded a cryptic message to Instagram in April,

'Truth is, a lot of people will attempt to break us in life... but it's up to you to decide who's worth the pain.'

'During the past few weeks, certain facts have come to GG's attention that have made her realize her marriage can no longer continue, and, in fact, should never have happened.'

Instagram: When Golnesa is single again but wants a relationship

Golnesa is hoping to end her marriage as amicably and respectfully as possible.

Golnesa and Shalom were together for 5 months

Golnesa and Shalom ( TV personality) started to date each other in October 2016. The lovely couple got engaged just a month after they started dating each other on 17th Dec 2016.

Shahs of Sunset star Golnesa with her husband Shalom

Golnesa revealed on Valentine's day that she got wed 'on the spur of the moment' in 25th of Jan 2017, following his dramatic proposal via a billboard in Times square on December. 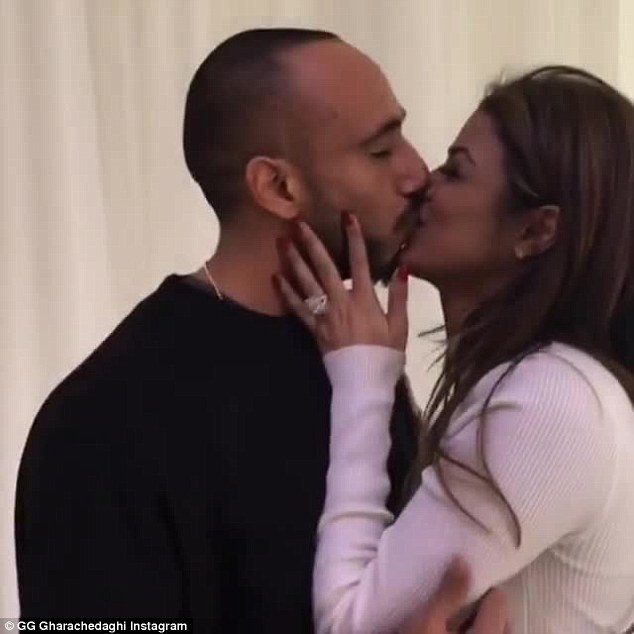 Golnesa was once briefly engaged to Omid Kalantari and she was also linked with TV personality Jax Tylor.

Though Golnesa and Shalom's marriage did not last, we wish they find someone compatible for them. Asa Butterfield in a New Relationship after Breakup? Has He Found a Girlfriend, His Affairs Zoey Deutch and Avan Jogia Breaks up After 5 Years of Relationship, Know About Their Affairs