There might be very few sports followers who don't know about Serena Williams because she is a very widely known Tennis player who has won a number of Grand Slams in her career. The 35-year-old tennis player was born in Saginaw, Michigan, to Richard Williams and Oracene Price. She has been playing professional tennis since September 1995. Williams is currently holding the 2nd position in the WTA ranking. Serena Williams achieved the World No.1 position for the first time on July 8, 2002, and lastly, hold that position in February 2013.

Serena Williams, the 35-year-old tennis star is not married so far, however, she has recently got engaged to her boyfriend Alexis Ohanian. Alexis Ohanian is an American internet entrepreneur, activist, and author. He is also the co-founder of the social news website Reddit. Serena got engaged with Alexis on December 29, 2016. The couple was dating for the last 15 months since late 2015. Serena Williams has mostly kept her relation secret, however, she has sometimes posted their photos on Instagram. Before Serena Williams linked with her fiance Alexis Ohanian, she was previously in an affair with an American musician Drake (Aubrey Drake Graham). Serena Williams was also rumored to be linked in a relationship with her tennis coach Patrick Mouratoglou for a long time, however, Serna never confirmed about the relation. 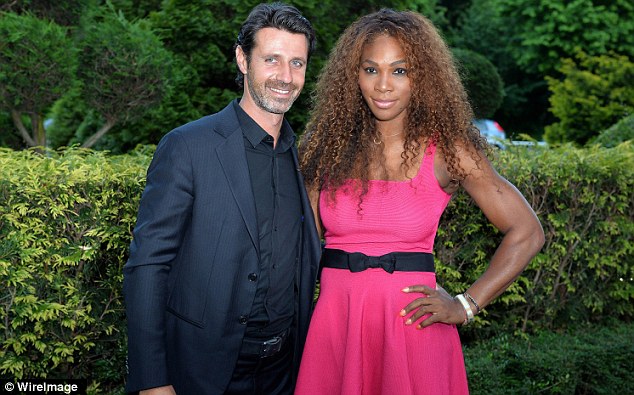 Besides these, Serena has been involved in other affairs too which are:

Serena reportedly dated Columbus Short, a famous American choreographer, actor, and singer in the early-2000. During the year 2001, Serena was rumored to be in an affair with NFL linebacker, LaVar Arrington. From 2002 to 2003, Williams dated Keyshawn Johnson, an NFL wide receiver.  Similarly, in 2003, she dated NBA star Corey Maggette, a former professional basketball player who played for 14 seasons in NBA.

The famous Tennis Star Serena Williams seemed to have changed her boyfriend in rapid succession as she has been linked with more than 10 persons during the 15 years of time. She dated the Hollywood director and producer Brett Ranter from 2004 to 2006. Similarly, Serena was in an affair during 2007-2010 with the rapper/actor/producer Common. She was also linked to other persons for a brief time.

The very successful professional tennis star Serena Williams was ranked World No.1 on six different occasions. She has tied the record set by Steffi Graf by staying for most consecutive weeks (309) as World No.1 female player. She has won 71 career titles including singles and doubles Grand Slams. She has won four Olympic-Gold representing the U.S.A. in 2008 & 2012 Olympics.