Frostsnow https://frostsnow.com/
Home Gossip How Much is Sebastian Stan's Net Worth: Know about his Career

How Much is Sebastian Stan's Net Worth: Know about his Career Sebastian Stan is an actor based in New York who is best known for his portrayal of Bucky Barnes in the Marvel Cinematic Universe. The Romanian-American actor made his debut in the world of acting through 1994's film 71 Fragments of a Chronology of Chance. His character was a minor in the movie, and he only started to appear on films after nine years of break. His portrayal of T.J. Hammond in TV series Political Animals is considered his breakthrough role as he was nominated for numerous awards like Critics' Choice TV Awards and others for it.

Born on 13th August 1982, the 35-year-old has appeared in numerous films and TV shows like Once Upon a Time, The Martian, Gossip Girls, etc., alongside actors and actresses like Blake Lively, Taylor Momsen, Chris Evans, Hayley Atwell and others. In 2015, the actor also made an appearance as Lance Tucker in the film The Bronze starring Melissa Rauch. Sebastian is a well-established name in the industry and he has an estimated net worth of $4 million as of 2018.

@hugoboss thank you. Everything should always be velvet. Last night was a definite beautiful memory. @allisonbjanney won. @itonyamovie was up there. @neonrated was up there. 2018. #timesup #hugoboss #hfpa #goldenglobes2018

Here we are sharing with you some information about the actor's net worth, salary, career, and awards. Continue reading to find out more.

Sebastian Stan net worth and salary

As of 2018, Sebastian Stan has an estimated net worth of $4 million.The exact details about the annual and monthly salary of the actor are unknown. However, according to Quora, for the latest Captain America film in which he appeared in back in 2016, he was paid a massive $5 million. We cannot be sure if the earning is precise, but it is safe to assume that he was paid the sum.

Here I am enjoying the cool autumn breeze of the great fig trees behind me where moments earlier I sat reading madame bovary and dreaming of Emma Thompson when suddenly I walked forward inspired by a orange velvet couch. Thank you @ferragamo and @esquire for inviting me to #stylemavericksoftheyear dinner. It was a blast. #pocketsquare

Back in 2014, he signed a contract with Marvels for a total of nine films. The lead actor Chris Evans himself signed a contract for only six movies and was paid a jaw-dropping $60 million for each film. This indeed makes Sebastian a very important part of the film and it is safe to assume that his earning from Marvels will increase drastically in the future.

His major source of income is through his career as an actor, but the actor also earns a hefty sum by endorsing and promoting products. 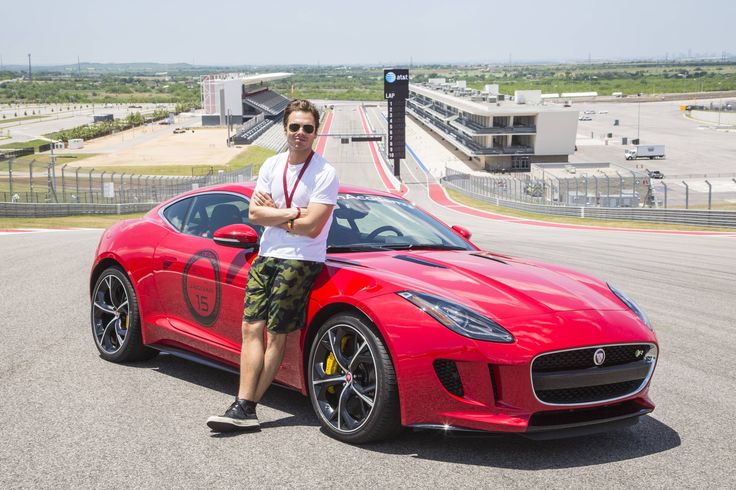 Moving on to the actor's houses and cars, he owns an apartment in New York. The details about his cars are also not available. But back in 2014, he was captured test driving a Jaguar F-Type with Mena Suvari.  The price of the car is between $90,495 to $122,895.

As we have already shared, Sebastian Stan made his debut in the film industry back in 1994 through a minor role in the movie 71 Fragments of a Chronology of Chance. His next work as an actor was in an episode of 2003's Law & Order. This was his comeback in the industry after nine years.

Watch Stan On The Late Show with Stephen Colbert

After the role, he started appearing in different films and TV shows like Tony n' Tina's Wedding, Red Doors, The Architect, Black Swan, Once Upon a Time, Kings and others.

He finally got a significant role, through which he is recognized till date as Bucky Barned, in 2011's Captain America: The First Avenger. However, it is not his breakthrough role. He rose to prominence after his appearance in 2012's TV show as T.J. Hammond. The role got him nominated for three awards, including a Critics' Choice TV Award, Gold Derby Award and Online Film & TV Association Award.

Throughout the years, Sebastian has appeared in three Marvel movies and is currently in the process of filming Avengers: Infinity War and an unnamed sequel of The Avengers that will release in 2018 and 2019 respectively.

Furthermore, he is also working in the production of movies like We Have Always Lived in the Castle, The Last Full Measure, and Destroyer which will release in 2018.

Talking about his awards, to date, he has not won an award, but he has been nominated for many prestigious awards like MTV Movie Award, OFTA Television Award, Teen Choice Award and others that have been mentioned above.