Sarah Thompson Married To Brad Kane Since 2007, Are They Happy Together? Married Life & Child

The charming lady from the ‘Eve in Angel’ Sarah Thompson could be yours but there’s no chance now as she is married. Yes, Sarah is happily married to her husband Brad Jane for not just a year or 2, but they have been together as a husband and wife since 2007.

Sarah and Brad have been going very strong as a married couple. Read the full article to know about their children and secret of their long lasting marriage:

The loving couple tied the knot with her screenwriter husband on 28th July 2007 at the Bacara Resort & Spa, Santa Barbara, California. Their wedding ceremony was amazing as they performed both Jewish and Christian while getting hitched. The setting was even more beautiful as they exchanged the vows on a lawn that had a breathtaking ocean view. It was attended by almost 110 guests. Sarah Thompson with husband Brad Kane on their wedding

There is no denial about the fact that the bride and groom looked equally gorgeous. Sarah wore a beautiful wedding gown by Vera Wang while her groom was dressed in a neat Hugo Boss suit. 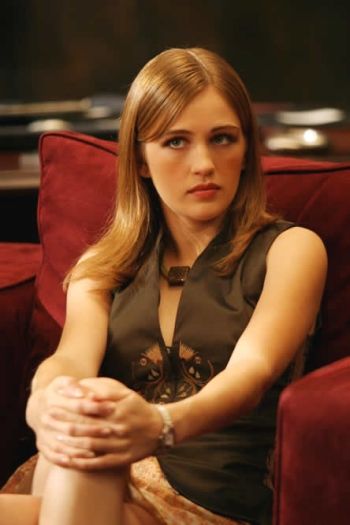 PEOPLE interviewed Sarah back then and she described her wedding as breathtakingly beautiful. She further said:

“It was amazing to be surrounded by the people you love the most.”

The wedding ceremony was followed by a reception at the Rotunda room of the same resort.

Sarah Thompson and her husband married life and children

As of now, it has already been 10 years of their marital togetherness. What amazes us the most is the level of love and understanding between the pair. Despite being married for so many years, we haven’t heard about any kind of disputes or argument between them. Isn’t it inspiring?

Sarah Thompson with her husband and daughter

Sarah and her beau have been very secretive about their married life which might be the reason why their marriage is still safe and sound. They already have a daughter and the happy news is that she is pregnant with her second child.

Sarah Thompson and her beau's first meeting and engagement

Sarah and her husband Brad first met through mutual friends in 2002. They began dating and quickly fell in love. The love affair between them led to their engagement which happened in December of 2005 after Brad popped the question.

We are pretty sure that Sarah Thompson and her husband Brad Kane’s married life inspires a lot of couples who have failed their marriages. We hope the love between the duo keeps on growing and their marriage last forever.