Sarah Stage announced her second Pregnancy of Eight Months,Know about her Relationship While the rest of the women of the world are obsessed with losing post-pregnancy weight, model Sarah Stage has nothing to worry about it. If you are thinking why then you should know that the fitness expert is enriched with six-packs abs despite the fact that she will be giving birth to her second child only after a few weeks.

Stage is happily married to her husband Kris Jason. The pair already has a 2-year-old son James and is gearing up to welcome their second child. Let’s get the details about her pregnancy and relationship:

Sarah Stage will be a mom for the second time soon

Stage came out and revealed about her pregnancy on 16th June 2017. Later, the news was confirmed by US Weekly, after Stage told them that the couple is expecting a second boy. 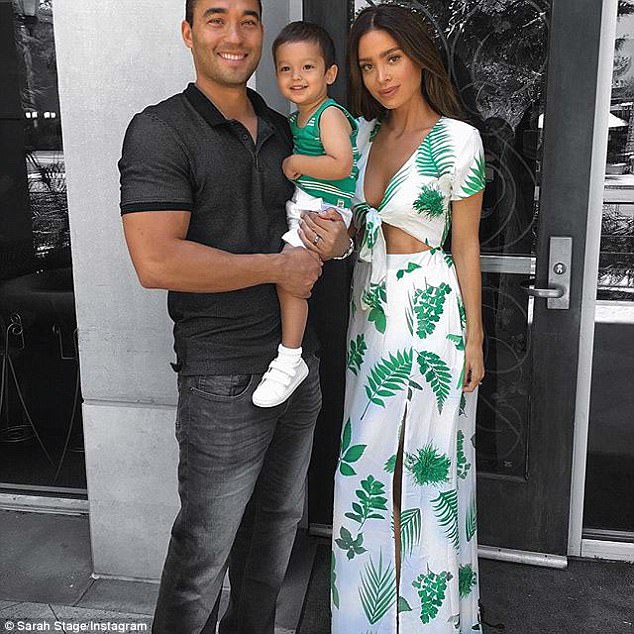 She also revealed that she is excited as sources told her two boys is easy.

Sarah Stage banged on her criticizers

Thing got quite controversial regarding Stage’s pregnancy when she posted a photo on a green bikini with a flat tummy but wrote that she is 7 months pregnant. It freaked out a lot of fans. 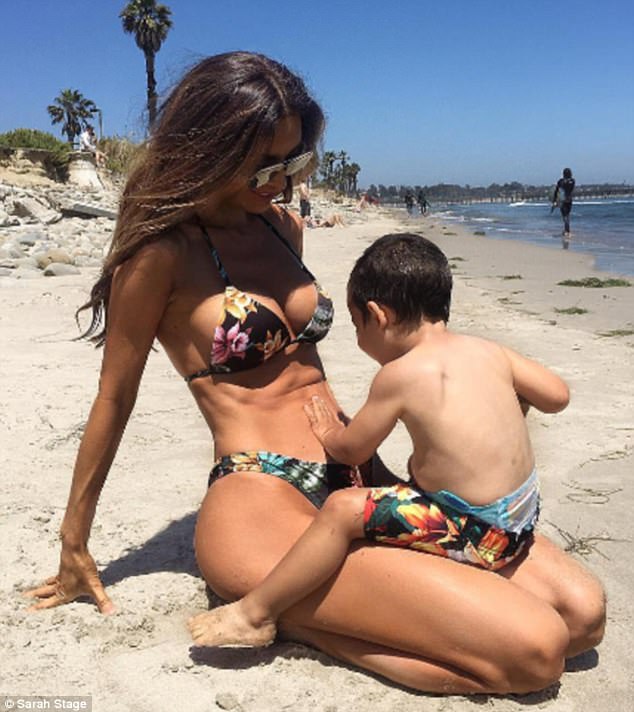 Since then, Stage became the prey of a lot of criticism and hatred. She was also back lashed for working out so heavily during her pregnancy. Yet, she did something to shut the criticizers’ mouths.

As I'm nearing #8months I've wanted to share what's been on my mind. Since I've announced my second pregnancy, I've had certain "Instagram medical experts" tell me what I should and shouldn't do.. And while I find some of the comments hilarious, I choose to only listen to my OBGYN and of course I also listen to MY body. If something feels off, I don't do it! I always do what's best for my growing baby and put him first! It's a proven medical fact that continuing exercising while pregnant has many health benefits for you and baby ???????? Clearly, I have greatly reduced the intensity of my workouts and stick to at home home exercises from my Fitness Ebook 2-3x a week. There are also some people who assume that since I am exercising while pregnant, that I'm obsessed with how I "look" but in fact I'm obsessed with maintaining a healthy lifestyle that will give my baby and myself the best possible quality of life ?? Alternatively, I don't judge anyone who chooses to not be active while pregnant etc. as it's their own life... I'm just sharing my pregnancy journey and appreciate the positive support from most of you ?? #thirdtrimester #7monthspregnant #8monthspregnant

She took to Instagram on 15th August to post a video of her working out at home while her son James is seen playing near her. Her caption was straight to the point as she wrote:

“Since I’ve announced my second pregnancy, I’ve had certain ‘Instagram medical experts’ tell me what I should and shouldn’t do. While I find some of the comments hilarious, I choose to only listen to my OBGYN and of course, I also listen to MY body. If something feels off, I don’t do it! I always do what’s best for my growing baby and put him first.”

How Sarah Stage has a six-pack while six-months pregnant:

The caption was a message for all her 2.3 million followers as she wanted them to know that she has been working out for the sound health of her baby.

“There are some people who assume that since I am exercising while pregnant, that I’m obsessed with how I ‘look. But in fact I’m obsessed with maintaining a healthy lifestyle that will give my baby and myself the best possible quality of life.” Stage and her husband Jason have been married for so many years, but still, her relationship with her beau is very perfect. The love between the couple gives us relationship goal. They are unlikely to divorce ever.