Frostsnow https://frostsnow.com/
Home Gossip Sam Rockwell and Leslie Bibb are together for 9 years. Know about their love affair.

Sam Rockwell and Leslie Bibb are together for 9 years. Know about their love affair. Sam Rockwell, one of the underrated but yet, very talented actor is currently in a relationship with the very beautiful actress and model Leslie Bibb. The pair seems to be very happy and by the looks of it, their wedding bells will ring very soon. Let’s take a trip back and see how they fell in love with each other.

Sam Rockwell and girlfriend Leslie Bibb in a serious relationship

Sam Rockwell and Leslie Bibb met in 2007 in Chateau Marmont in the midst of filming Frost/Nixon. Leslie told in an interview with Rosie O’Donnell that she didn’t recognize Sam at their first meeting but, she felt she knew him from somewhere. However, during the initial stage of their relationship, the pair kept very low- profile about their affair. Since then the couple has appeared together in Iron Man 2 and Don Verdean as co-stars.

Leslie doesn’t miss any opportunity to praise her boyfriend Sam. The Teen Choice Award winner for her role on the WB Network dramedy series Popular, Bibb said in an interview with Today,

“We have been together for seven years. I am super cuckoo for him. I’m cuckoo for Cocoa Puffs for him. He’s delicious.”

The lovebirds were spotted in the premier of Don Verdean in Utah and it looked like that they couldn’t keep their hands off each other.  The pair looked amazing together and very much in love. They even kissed for the camera which was very adorable. 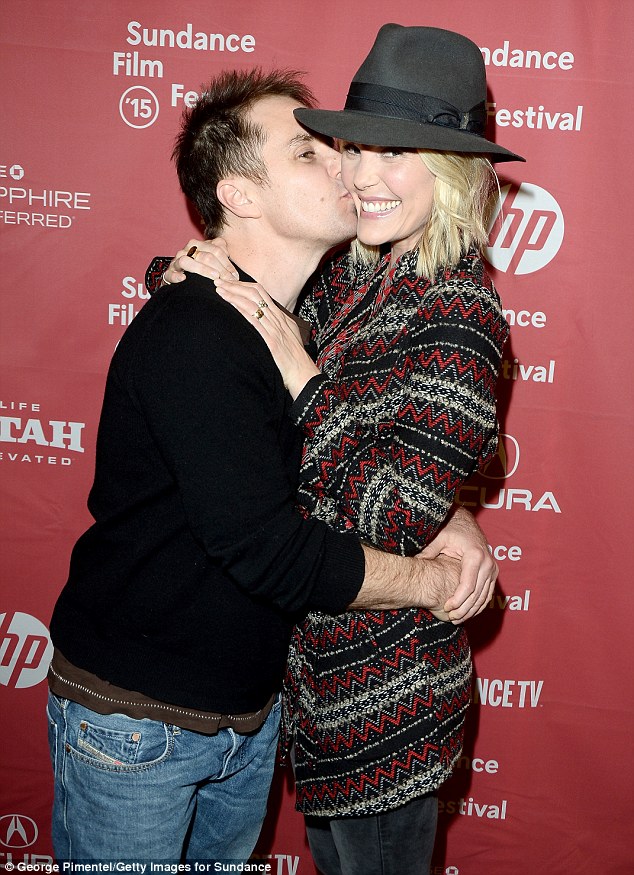 Caption: The lovebirds during the premier of Don Verdean in Utah.

That wasn’t the only time that they were affectionate in front of the camera. On July 2007 during the premiere of animated movie G-Force, they shared a very passionate kiss which proved that their relationship isn’t just a fling but, both are committed and serious about each other. Caption: Sam and Leslie kissing passionately during the premiere of animated movie G-Force.

On July 2016, the pair was seen in New York, out to have pizza. They both seemed very comfortable and chilled. So far their relationship as girlfriend and boyfriend has been rock solid with no rumors of even a single fight. Sam and Leslie have been together for nine years now and their relationship is steadily sailing. Caption: Sam and longtime girlfriend Leslie out for a pizza in New York.

However, this couple is still to tie the knot and we think the good news will come pretty soon. We think right now both of them are focusing on their careers and it is probably one of the reasons for delaying their marriage. Maybe Leslie just doesn’t want to risk losing Sam as she had a failed marriage with her ex-hubby Ron Born. But whatever the reason for not tying the knot, we should respect their decision.

Well, we just wish these lovebirds all the best for their future and hope we soon will hear the good news about their marriage in the near future.