Frostsnow https://frostsnow.com/
Home Gossip Ruth Wilson Rumored To Be Dating Her Co star Joshua Jackson, What Is The Truth? Her Past Affairs

Ruth Wilson Rumored To Be Dating Her Co star Joshua Jackson, What Is The Truth? Her Past Affairs We often get to hear different rumors involving actors and actress, generally co-stars, which may or may not be true. Similarly, Ruth Wilson is the one who has lately become the hot topic in the town. Ruth who was thought to be single is currently rumored to be dating her co-star Joshua Jackson.

You might be interested to know the full story on the rumor of Ruth and Joshua. Keep reading the article for more about their relationship:

Ruth and Joshua’s pair in the series “The Affairs” were loved by their fans a lot. 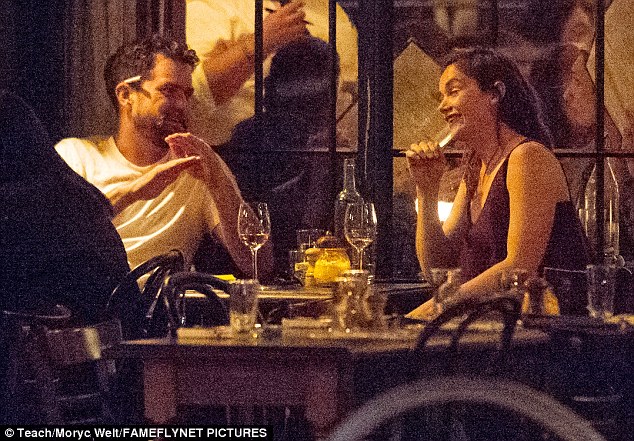 Their On-screen relationship appeared to be almost true when they were spotted drinking together at The Bowery Hotel in New York City around August 2016.

Ruth addressed the rumors to vanityfair.com by saying that the stories were all boring gossips. She furthered added that they are just friends. She said:

“I just sort of go, ‘All right, well, whatever, I have to keep answering. If you want an answer about whether we're dating or not, ‘no’ is the absolute truth. We all go out a lot. We're four Irish-Catholic actors who happen to be on a show together, and that means we like a drink and we like to have a good time. So all four of us go out.”

I'm going to be in the air when the finale airs tonight. Many thanks to those who tuned in. Such a pleasure to be a part of this gang #theaffairlk

If you think that this is all that Ruth said then you are wrong, she further said that people don't know what goes on in her private life, so they have to make assumptions from photographs.

As of now, Ruth has claimed herself to be single, and it seems like Joshua is single as well. However, this doesn’t mean they have been single ever since.

Ruth was in a relationship with Jude Law and Jake Gyllenhaal in the past. Similarly, Joshua dated Diane Kruger, Rosario Dawson, Brittany Daniel, Katie Holmes, and Margot Finley. Long list, isn’t it?

Since Ruth has stated that her relationship with Joshua is nothing more than a friendship, we cannot jump into conclusion based on few photographs. We believe that Ruth will come clear if she begins dating again. We hope she will get the right one in the right time.

For Updates, be in touch with Frostsnow.com Actress Marisa Tomei Has A Long List of Boyfriends: Is She Married? All About Her Love Life