In the world of celebrities where marriages only last for a few month or so, it is rare to find a long lasting relationship. But it doesn’t necessarily mean they don’t exist. Singer Rod Stewart and his beautiful wife Penny Lancaster are the perfect examples couples who have taken their vows seriously.

The fabulous pair recently celebrated their ten years of marital togetherness. And guess what they did! Stewart and Lancaster renewed their vows in a romantic ceremony. Find out the details here:

16 June was a big day for Stewart and his better half as they exchanged the vows for the second time on the occasion of their 10th wedding anniversary.

The pair has shared amazing photos and words from the beautiful ceremony that was conducted at their own 18th Century Essex home. They looked delighted and honored to walk alongside down the aisle. They interchanged their same original vows at the bottom of their garden 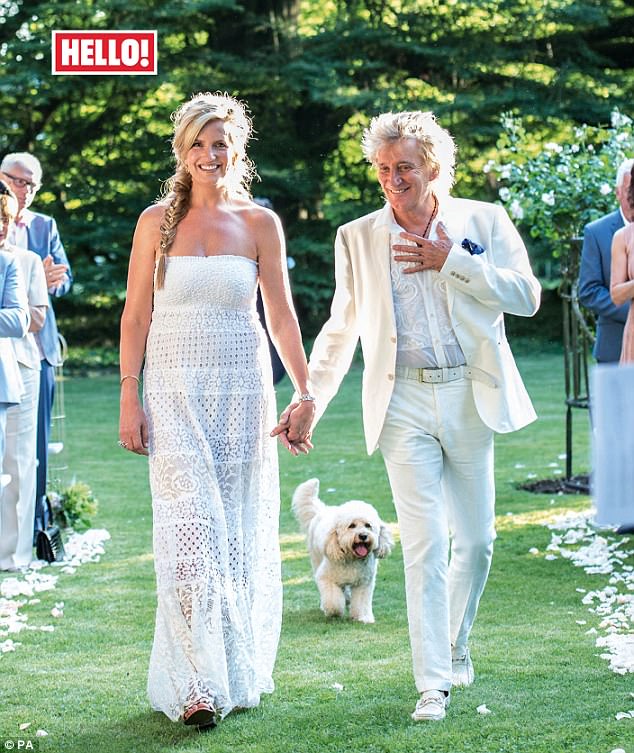 The couple had revealed their plans of renewing their vows formerly. Stewart had admitted his feelings for his wife by saying that she means the world to him.

Penny Lancaster Opens Up About Her And Rod's Decision To Have Children:

Although love might mean many things to many people, for Stewart, it is wanting to share everything with the one he loves. He also expressed his love for his wife by saying that he loves her more now than ever.

Penny Lancaster reveals how she felt while exchanging vows again

Lancaster had also shared similar words as she said that repeating those words after ten years is very important to the pair. She said:

'This felt more special. You get married with the hope that you’ll be together. When we renewed our vows, we said them not with just hope but with a reassurance. Ten years later we were looking into each other’s eyes and when we were renewing our vows we were feeling so much warmth.'

Pick up a copy of this weeks Hello! Our entire fee for this article has been donated to the victims of the Grenfell Tower fire tragedy.

The couple first got married in a monastery in Portofino, Italy on 16th June 2007. Despite being together for so many years, it seems like the couple is still in love with one another as they were in the beginning days. We want to congratulate the great couple for their success.