A Croatian-Canadian businessman, Robert Herjavec is also a television personality who is now in the spotlight after his divorce with longtime wife, Diane Plese, an optometrist. Diane and Robert got married in 1990, however, they started facing problems in their relationship.

From the beginning of the year, Robert started facing financial conflicts with his ex-wife Diane Plese. After such many years of Robert Herjavec and Diane Plese married life, they finally ended their marriage relationship with a huge battle. Now, what might be the reason behind the couple's separation, let's find out.

The main reason behind the split of this couple was Kym Johnson who was Robert Herjavec dancing partner. Diane took the decision of getting divorced as she comes to know the affair between her husband and Kym.

Must Read: Kym Johnson and Robert Herjavec Open Up About Their One Years Of Married Relationship. 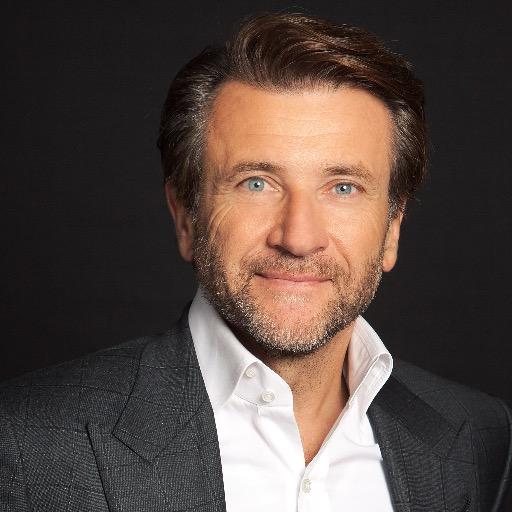 Robert Herjavec and Diane Plese were married for 25 years. This ex-couple have three kids together. As per Hollywood Take, Robert admitted he contemplated suicide after the breakup. and the two to go through a lot of work.

Robert Herjavec has many homes including a $7.5 million house in Bridle Path, Toronto, Ontario, a private plane, and some sports cars.

Robert Herjavec is the founder of IT security firm Herjavec Group and enjoys earning more and more money from his Shark Tank investments. He has even done a partnership with Deluxe Corporation to help market his various Shark Tank products.

According to the financial settlement in the divorce of Robert Herjavec and Diane Plese, they settled to divide Robert's $200 million net worth. It is blur information but it's been told Robert also has to pay the living cost of Diane and their three children.

Robert Herjavec was divorced as he was having an affair with Kym Johnson the dancing partner from 'Dancing With The Stars'. After the divorced from Diane, Robert Herjavec got engaged with Kym and finally got married later.

As everyone was doubting that Robert Herjavec and Kym Johnson may be dating but later they themselves admitted that they have been seeing each other for quite a few time.

Other than there also can the news about Robert Herjavec and Kym Johnson getting separated. According to Nicki Swift, Robert and Kym were having some struggle of keeping their relationship in right track. These couples married only after dating for one year and that may be the reason that leads them to risk their relationship.

It's here!!! You Don't Have to be a Shark. Available everywhere books are sold https://t.co/NzD8ZT9OlP #CreateYourSuccess

There is also another rumor gearing up that may be Robert Herjavec is dating another woman because while he was in a marital relationship with Diane before meeting Kym he was involved with actress Danielle Vasinova. They were spotted at the 2013 premiere of 'Fast & Furious 6' in Los Angeles.

Well, now the couples are happily married without any divorce rumors and we wish them for their long lasting marriage life. Who is Missy Lynn Dating Currently? Know about her Affairs and Relationship