Frostsnow https://frostsnow.com/
Home Gossip Richard Rawlings Talks Being Married As He Blames His Career For Divorce From Wife Suzanne Rawlings Fast N’ Loud’s Richard Rawlings' married life and divorce has always been a matter of interest to a lot of people. He was married to Suzanne Rawlings but their relationship could not last long as they ended up in a sad divorce, which Rawlings blames his career.

Though the couple separated, they remained as good friends and kept seeing each other as well. But the reunion of this lovely ex-husband and wife was already written on the stones as they married each other again later. 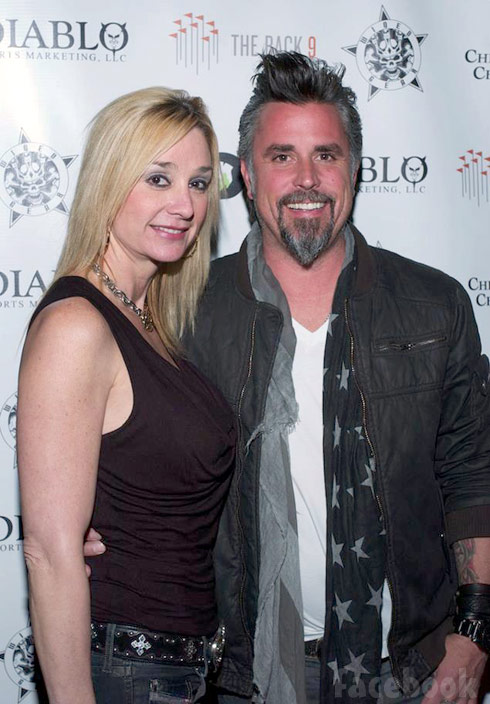 In recent days the lovely couple is living happily and has branched out a Gas Monkey Bar N' Grill along with Rawlings successful Gas Monkey Garage. Let's know more about Richard Rawling's career and the couple's relationship, datings, married life, and children.

Richard Rawlings and Suzanne tied the knot on 7th August 1999. Though the detail of the couple's relationship beginning and datings is a mystery till date, the fact that this duo was crazily in love is not hidden.

They were seen together in a lot of places, and they looked so happy with one another. However, things got bitter between them, and thus, their relationship met a sad ending. The Rawlings couple got divorced on 14th August 2009, owing to Richard's busy career.

image: Richard and Suzanne together

“When It’s real You can’t walk away", which is no exception for Richard And Suz!

Who knew, they would end up renewing their vows after five years of separation again. They remained as best friends even after their divorce, which is a rare case and worked their differences out to start the family together again.

The couple re-married in 2015. Richard Rawlings told it to DWF.Com:

It was spur-of-the-moment down in Cabo in January, Came down to Cabo to surprise my best friend on his birthday and ended up remarrying my other best friend! GYSOT!!

Yes, my friends what you have just seen is true. The couple posted a picture kissing each other on Richards Facebook and announced their wedding to all of the Gas Monkey's Fans.

The reason behind Rawlings' divorce

Rawlings believes that his career is the main reason behind his and Suzanne’s divorce. Three years after their divorce, Rawlings’ Fast N’ Loud premiered on 6th June 2012.

But by then, Gas Monkey Garage had already been running for five years. Rawlings accepts that he spent most of his time on the road and outside his home, and that’s why he could not give much time to his wife.
During an interview with DFW.com, Richard said,

We got divorced while all the [Gas Monkey and Fast N’ Loud] stuff was happening and it was hard for her to put up with it,

He accepts that it was very difficult for her wife to accept that he was away from home and not cheating on her.

So it was rough on her for awhile. I’m traveling, I’m gone, and, of course, there are lots of girls out there.

With the girls from Dodge's "If you know, you know" crew! #dodge #roadkillnights #richardrawlings

This couple was together for more than ten years as a husband and wife. During their marriage, neither of them cheated on each other. Even after their divorce before reconciliation in 2015, they didn't date anyone.

Even Suzanne's insecurities are known for the reason of couple's split at first, she never came out and spoke about it openly. Really love is a mysterious thing.

Is Richard Rawlings gay? Do they have Children?

The issue also became a point of controversy that alleged Richard as a gay. Even more, it was rumored that Rawlings’ wife left him because he was gay. But we do know the reason for their divorce and furthermore, no strong proof to prove Richard as a gay has appeared.

So, it cannot be accepted as a truth.

For Richard Rawlings, the marriage failure with Suzanne was not a debut as he had already gone through a failed marital relationship. Prior to Suzanne, Richard Rawlings was married to his first wife Karen K. Grames.

The former couple tied the knot in 1993, however, the relationship was short-lived as they divorced a year later in 1994 without any reason being disclosed.

But, everything happens for a purpose and seems Suzanne is the fate and purpose of life to Richard. We wish them best.