Leland Blane Chapman is an American bail bondsman and bounty hunter, well known for his famous show Dog and Beth: On the Hunt. Well, he might seem like a tough guy to many but he too has a soft corner somewhere in his heart for his father.

Not many know how he had to go through the separation with his father at an early age. So, in this section, his love for his father, Duane Chapman Sr. and the background story behind the separation from his father is all we are going to discuss. So let's zoom on.

Duane Chapman, father of Leland was sentenced to seven-year of imprisonment by the federal law because he was convicted of the murder of a pimp and drug dealer Jerry Oliver.

However, he claimed to not have killed the victim rather it was according to him his friend who accidentally shot the alleged pimp during the deal to buy Cannabis. Later when Duane was imprisoned Leland was only 7 months old.

Leland is the second son of Duane Chapman Sr. and La Fonda Sue Darnall. But unlike every other child, Leland's childhood story is quite heart touching since he had to deal with a tragic separation with his father at the very young age and for a long time. We rarely get to see relationship quite like this and in fact, none of us would ever wish this kind of tragedy to occur in any child and father relationship.

Leland spent his early years in Pampas, Texas. During his teenage, the environment in which he was grown up was quite shabby. He ran away from his home and joined a gang. It was difficult to handle him so his mother put him in foster care and later he was placed in a boys care home at 13. Later, when he was asked to choose between living in a foster house or with his step-father, he chooses to live with his father. Leland our reality star and former pro-Boxer grew up in all bad side of the society. When he was small he involved himself in gangs and fights so his childhood life was little rough.

As time passed, Leland joined CMT TV a reality show in which he worked as a pro boxer, Kick Boxer, and a professional MMA fighter but after a short duration of time, he had to quit the field after he injured his knees.

He then worked for CMT in a program named Dog and Beth: On the Hunt.  At present, he runs his father business.

Leland was first married to Maui Chapman in 1995 and had their first son the same year right after he finished graduation. However, later in 2005, they separated. There is no more affair detail. Neither he is dating anyone currently. But he was for a brief period linked with a girl named Lynette. 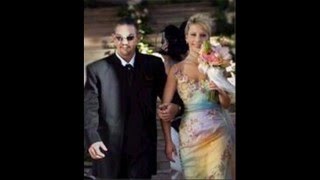 Despite, the rumors, he never addressed it in public.

For more updates, keep in touch with frostsnow.com Catelynn Baltierra is Pregnant with Third Child: Know about her Married Life