Frostsnow https://frostsnow.com/
Home Gossip Revealed, The Reason Behind Renee O'Connor Divorce With Steve Muir, Who Is She Dating Now?

Revealed, The Reason Behind Renee O'Connor Divorce With Steve Muir, Who Is She Dating Now?

The multi-talented personality Renee has made her name eminent to the world through her acting, direction, producing, and also writing.

Renee O'Conner is an American actress, producer, and director known for the role of Gabrielle on the television series Xena: Warrior Princess. She has also established herself as an outstanding writer.

We are familiar with Renee's work and how she has pursued her career from her hardships and dedication. Now let's move on to Renee's love life as well. Is she married? Does she have any children of her own?

Renee is a married woman. She got married to Steve Muir whom she dated for quite a long time before getting married.

Renee O'Connor is an American actor, director, producer, and writer

Steve Muir who is the native of New Zealand and also a restaurant owner got engaged in February 2000.

Then Renee and her husband Steve tied their knot on October 14, 2000. Their marriage ceremony was held in Austin, Texas.

They also have a son named Miles William Muir who was born on September 22, 2001.

It may sound wonderful that Renee found the love of her life and got settled. But the story took a drastic turn as the couple announced their divorce in early 2005.

Here's a pic of Renee with her son!

The reason behind their divorce is still a mystery and none from the couple has spoken about their split to the media. Well, subsequently after Renee and Steve separated, Renee was rumored to be dating a new man, an actor, Jed Sura.

Their relationship began as friends and slowly their budding romance sparked and they started dating.

Well, the couple also has a daughter together, Iris Sura O’Connor, born on 19 March 2006. 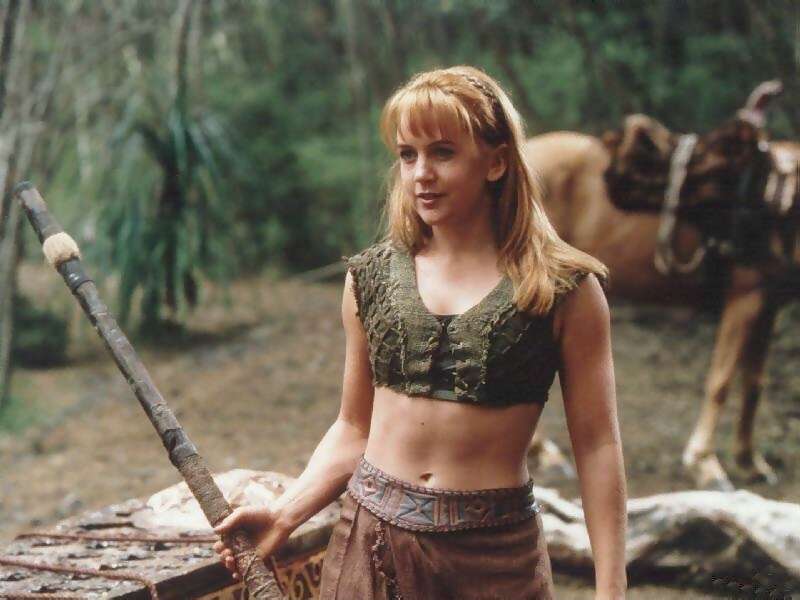 Renee O'Conner playing a role of Gabrielle in Xena

Though they already have a child together, the couple has not yet decided to get married which is a surprising factor to the public.

Besides, lately, the couple are seldom seen together which has left people and media doubting if they are still in a relationship or have separated.

Here's a heart touching interview given by Renee on how she pursued her career to Xena!

However, as the reports are concerned, the couple is still together and seems like they are taking it slow figuring out the ways to spend their life together.

Here's a picture of Renee with her daughter!

She is considered as 2017's Top 20 richest actresses and has estimated net worth of $5 million.

We pray and hope for Renee's relation to work out with Jed this time. All the best wishes to the couple!