Nicole Curtis, an American TV personality and a model known for hosting HGTV’s home renovation show was once married to Steve Lane but divorced later. The producer and actress for Rehab Addict (2010), Home & Family (2012) and Daryl’s Restoration Over-Hall (2014), Nicole Curtis is estimated to be enjoying the net worth of $5 million.

Nicole who was in a relationship with businessman Shane Maguire, following her divorce is the mother of 2 children. Unlike her personal life, Nicole's career is proved successful and is living a lifestyle. Want to know more about her net worth, earnings, and career? Stay tuned.

Apart from the TV career, Nicole Curtis is an interior designer along with that she is a licensed realtor and a host.

She hosts a reality TV show, Rehab Addict and recently she has started a new show called Beach Flip in DIY TV and HGTV. Not just that, she also owns a business of decorators and house furnishers in the USA. We'll talk about her TV show later. Curtis loved renovating houses and building from her childhood as her grandfather owned the same kind of business and later she made up her mind to transfer her interest into her career which has helped her to collect a net worth of $ 5 million.

Let's explore the journey of Nicole Cutis towards fame and money and find out the reason behind her $ 5 million worth.

Also read: Rehab Addict's Nicole Curtis and former husband Steve Lane still in touch as she has no boyfriend

As we mentioned earlier, Nicole was interested in renovating houses from her childhood. She dropped college and followed her dream and now we can see her in TV shows. Along with that she also owns her own business of decorations and furnishes. 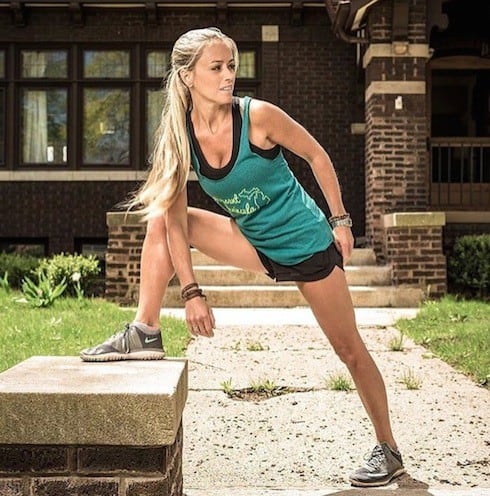 So, most of her net worth is collected from her own business and to add some amount to her net worth her career in TV has also helped her.

Check out a video where you can know something more about her life.

After take some time to look at the video, you might have found some similarity between her life and other successful people like her dropping out of college, following her dreams and so on.

What's a pole barn ??? I get asked this every time I mention it. Mine is full of furniture and my #hotrodlincoln just ran out to get the house ready for another @airbnb guest :) #grandpashouse #hgtv #oxford#puremichigan #barn#nicolecurtis#winter#rehabaddict#rentmyhouse

Here's a view of Nicole's favorite car, 55 Chevy from her Twitter.

Smiling pretty big-just won a bet on a 55 Chevy --don't mess with my car knowledge:) pic.twitter.com/6od049Iulo

Since Nicole was inspired by her grandfather, she has brought an old house, renovate it and presented to her grandfather. She is loved by everyone in her family due to her lovely nature.

By now you must have known a lot about Nicole Curtis's career and net worth. But there are other things in life that are important too like family, friends and much more.

Recently, Nicole has written a book Better Than Now, which is an example for people to do what they love, in the book you can see how Curtis feels and things she has gone through. The supermom of two wrote this book when she was pregnant in 2015.

Also read: Is Nicole Curtis married? Her husband, children, and her salary