Being married for almost two years now the Iron man 3 star Rebecca Hall and Morgan Spector is all happy with each other and is enjoying their married life. Married in 2015, the couple spends many adorable red carpet moments and their onscreen chemistry is great as well.

Today we are giving you exclusive information about Rebecca Hall and Morgan Spector. Stay with us to know about their previous relationship and their marriage.

Rebecca and Morgan played lovers on stage in the drama Machinal in 2013. That is when their love blossomed in the air and since then they started dating. In the drama, the scenes featured them in bed together.

At that time, Rebecca and Morgan seemed to be all comfortable with each other's company. They seemed they were having fun and were laughing ear by ear, sharing jokes. But they kept their romance out of the spotlight. 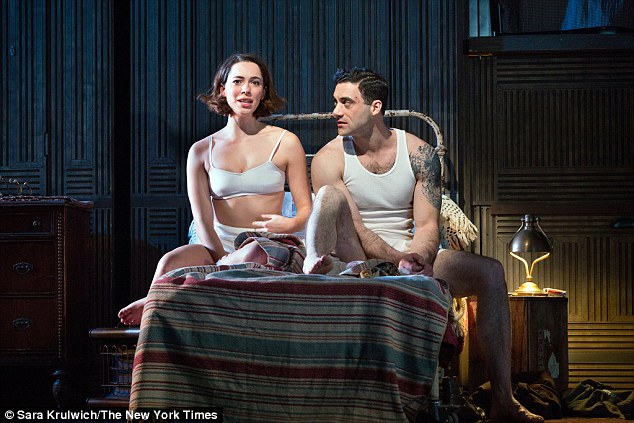 Rebecca and Morgan in gripping and acclaimed drama Machinal

They were first spotted together in East London walking together.  That is when the fan started speculating about their relation. They were also pictured strolling hand in hand with Morgan through New York and things heated up from that time.

The couple surprised everyone when they secretly tied the knot in Saugerties, New York, on Saturday. It was truly a shocking news for everyone because the duo remained tight-lipped on their relationship. 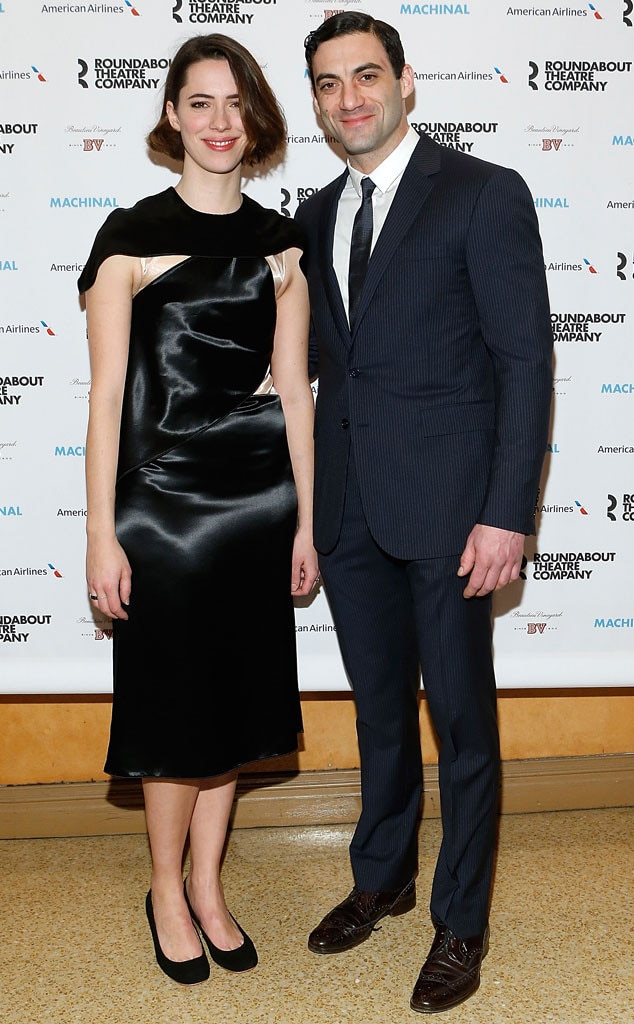 Rebecca with her husband Morgan Spector

They even held a rehearsal dinner before their wedding day. Magician David Blaine was also present there and did some magic tricks for guests.

Rebecca was romanticly linked with Sam Mendes. The daughter of legendary theatre director Sir Peter Hall started dating Sam Mendes when he was still married to Kate Winslet. Hall definitely seems to have a habit of getting closer to her colleagues as seen in both the cases.

Well, her relationship with Mendes started when she met him on the set of his 2006 film Starter for 10. She was also questioned about being the"other woman" when Mendes who directed American Beauty, Skyfall split from Kate in 2010.

The Titanic actress Kate was said to be unhappy about her husband being close with a younger actress. At that time, Kate became so suspicious that she insisted on sitting in the same rehearsals for plays with Mendes and Rebecca. Moreover, it was speculated that the reason behind Mendes and Kate's divorce was Rebecca. There is no news about Morgan's previous relationship.

The couple seems all happy after their marriage without any divorce rumors. Let's hope they will stick together forever.