Rebecca Gayheart is Living Happily with her Husband Eric Dane and Children: Details

Long and happy married relationship is seldom seen in the Hollywood, but they do exist. Today, we are talking about Rebecca Gayheart, the 46-year-old American model, and actress of the 1999 movie Jawbreaker, who is enjoying 13 years of marital relationship with her husband Eric Dane, Grey's Anatomy actor.

Rebecca and Dane are also parents of their 2 children. However, the couple rarely reveals about their personal life. So, everyone's curious to know details about their married life, children, and their controversy.

Rebecca and Eric met each other way back in the beginning of 2004. Their relationship soon took off and after 10 months of dating, they got married on October 29, 2004.

The couple revealed that their love as a simple one, and describing their love story Dan told Flaunt magazine he simply asked Rebecca for a date and she agreed.

It's probably one of the least interesting stories in the world. It went basically like this: 'You wanna go out?' 'Yeah, sure.' Ten months later, we were married.

Well, the lovers, although deeply in love with each other, haven't shared their marriage details though.

Even after all these years, the couple is still serious about their relationship. The married lovers are reportedly free from the rumors and mishaps of separation. Recently, in July, the couple were spotted together while on their lunch outing for the lunch. Have a look below. 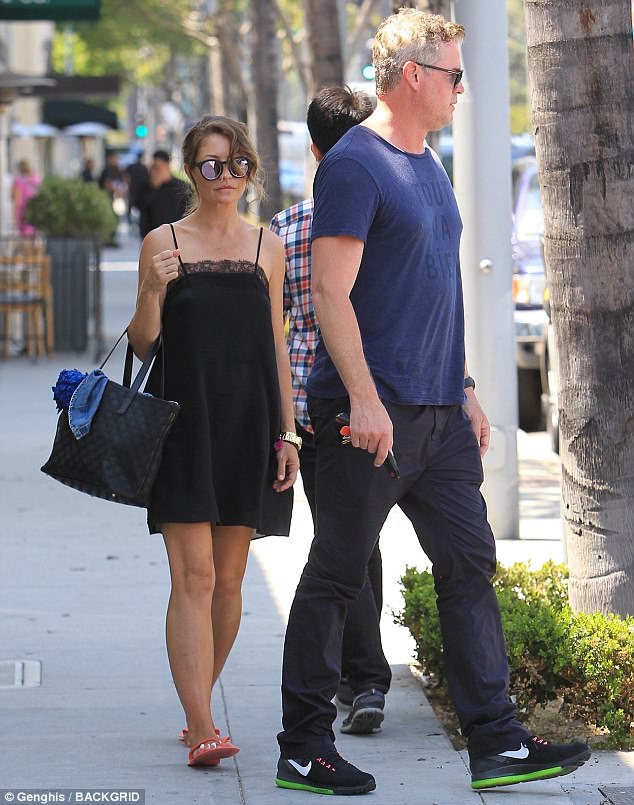 Rebecca and her husband, Eric, spotted while on their outing for lunch in Beverly Hills

The duo is blessed with 2 daughters, Billie and Georgia.  Wanna know more about the children? Scroll down.

Eric and Rebecca, besides being a lovely couple, are also adorable parents of their daughters. Rebecca, who never announced about her pregnancy, stepped out with a baby bump in September 2009. In an interview with US Magazine, Dane told:

It's exciting. I feel like I've been sort of thumbing through the last page of the same chapter for a long time now and am ready to kind of get on with it.

Later, news came that they firstly welcomed their daughter, Billie Beatrice, on March 3, 2010.

Eric Dane and his wife, Rebecca with their first daughter

More than a year later, the couple again became parents to their second daughter, Georgia Geraldine, on December 28, 2011. The happy family is filled with smiles and is often seen enjoying their lovely moments together. Rebecca even shares their cute posts on her Instagram. Have a look at these two pictures.

We wish the happy family more happiness in their coming days.

Controversy of Dane and Rebecca

Dane, who came to limelight after his towel scene in Grey's Anatomy, had to pay a lot a price for his fame after a nude video of Dane, Rebecca, and her friend former Miss Teen USA contestant Kari Ann Peniche got posted on August 17, 2009.

Here is the towel scene from Grey's Anatomy.

In the leaked tape, Rebecca was seen with a suspicious-looking pipe as she took a bath. Dane, later in June 2015, said that he was recovering from depression and opened up regarding the nude video post. He apologized for his mistakes and said:

We've all made mistakes. My one regret is that I got the person I love most wrapped up in all that: Rebecca. But we worked through it and put it behind us.

He emphasized his strong love and further added:

We have two beautiful kids and our marriage is stronger than ever.

And soon while the issue cooled down, he got in another controversy as he went to rehab in 2011 after being addicted to the medicine which was prescribed him for his sports-related injury. 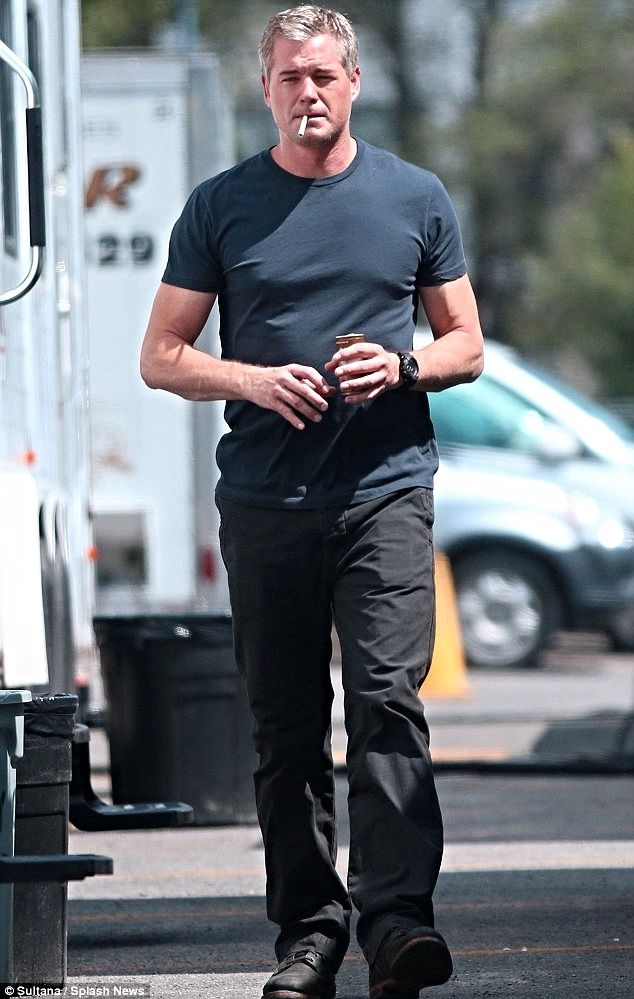 Also, Rebecca is not free from the controversy either. She has been charged for 3 years of probation and a 1-year license suspension with $2800 fine after a 9-year-old boy named George Curz Jr. died from the hit of her car on June 3, 2001.

But, it was not over for Rebecca, who previously dated Brett Ratner from 1995 to 2004. She recently got a shocking news of her sister's death. Her sister Rachel Gayheart was arrested on drug charges but she died on August 11, 2017.

The reason for Rachel's death is reported to be pneumonia. Her relationship with Eric has seen lots of ups and downs and has been through many traumatizing moments. But Rebecca has come stronger after every controversy. We hope that Rebecca manages to stay strong after the recent round of controversy.