Henry was sexually assaulted as a child and does not want to get married ever in his life. Surely, one goes under depression after such incident, but the thing is how do you get out of all that. Henry, a brave man, won his battles against all the odds and proved his worth. However, some bitterness of his childhood is still in his mind and that haunts him. Let's know about the story. Stick with us.

Must read: Lady Gaga and Taylor Kinney broke up. Know about her love affairs and dating rumors.

Must read: Tyler Perry's House of Payne star LaVan Davis married to his co-star Cassi Davis? Know about them.

Henry was Sexually Abused as a Child

Henry used to live with his mother after his parent's separation and his mother had a profound influence on him. His mom didn't have friends who were parents but her friends were motivated feminist types who had boyfriends but were not married.

This is Henry's way of letting me know he's ready for a business meeting. #henryrollins #ronburgundycalled #henryandheidi

Herny's mother had a boyfriend who was mean drunk and a pervert. In an interview, Herny talks about how he was sexually assaulted by his mom's boyfriend. He said,

I'd done something wrong and Mom got him to come over and straighten me out. He came in like a hit man and beat the hell out of me with a belt.

He made me strip down naked, then played with me for a minute. Mom was in the living room. It made me very angry.

Henry also said that he have never raised his voice and hand to a female, but he said,

I will hit a guy without thinking twice. Thankfully I am able to curb that anger, but I feel it all the time. 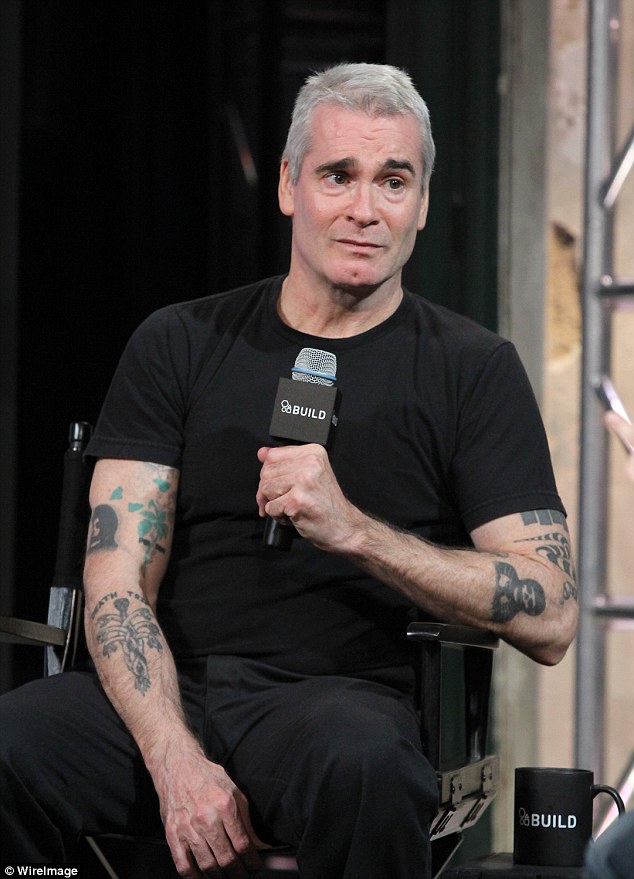 Henry dated few girls but will never get married

Henry got his first kiss at the age of 15 from his classmate but was very shy. Henry was romantically involved with few girls in his high school. He said,

I met a girl in 11th grade who I dated until 12th grade and I lost my virginity to her.  I had physical fun with women. I never dated women for more than six months at a time.

Henry says that he is still friend with all those girlfriends and talks with them once a week.

Video: Henry Rollins Explains Why He Never Ever Will Get Married

But Henry now realizes that he is not interested in any kind of relationship and marriage and says he is not the kind of person who gives full commitment to a girl and enjoys his freedom.

Every once in a while I think I want romance, but it's like holding on to sand. It always slips away. Falling in love does not interest me.

Not only Henry freedom but the sexual abusement and his parent's divorce he faced as a child always discourages Henry to get married and get settled in his life.

Henry does not want to get married but we wish him to get more success in his life. All the best Henry!

Actor Andrew McCarthy And His Wife Dolores Rice Married Since 2011. Know About Their Married Life