Lenard Larry McKelvey best known as Charlamange Tha God is an American radio presenter and also a television personality. He co-hosts the nationally syndicated radio show, The Breakfast Club along with DJ Envy and Angela Yee.

This famous personality has been married to his long-time girlfriend for a long time and also has two children. Charlamange Tha God has always tried hard to keep his private life a secret and everything related to his relationship or affairs at bay. He rarely talks about his personal life even if he is asked about it.

And yes have you ever wondered about the name Charlamange Tha God because it's really different from his real one. This name is kinda strange, isn't it? Well, Charlamange, before being famous, was a drugs seller and he didn’t want people to know his real name while he was selling the crack. So, he went by saying his name as Charles.

Also, see: How Much Is Charlamagne tha God's Net Worth? Know About His Salary And Career

It said that when he was in his high school he read about the name Charlamange which is a French term. The word meaning he found was 'Charles the Great'. The other word 'Tha God' was added later as he wanted his name to sound much cooler.

Charlamange Tha God is a very much famous person but he has managed to keep his personal life far away from the public. The name of his long-time girlfriend who later turned into his wife was a secret for a long time. However, according to some tabloids, it was released that this star's wife's name is Jessica Gadsden. 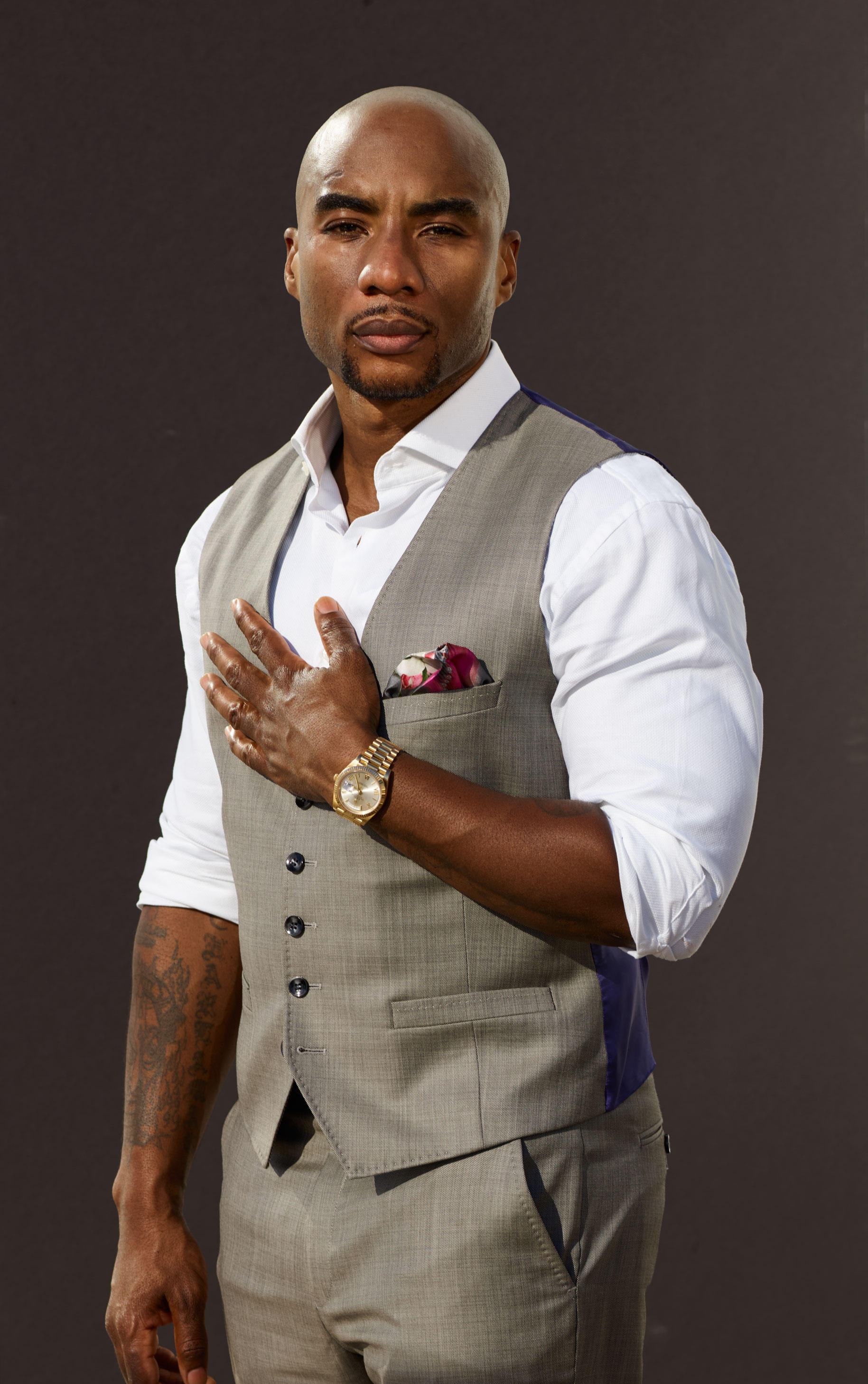 The Xonecole read that Charlamange Tha God who is a South Carolina native is the father of two little girls where both of them is considered to be from his wife. Charlamange Tha God loves his kids very much. And the main reason he said he wanted to get married was to show love to his kid.

He also says, 'I and the mother of my kids have been together since high school. When you have your seven-year-old daughter asking why you and mommy don’t have the same last name that affects you as a man. It made me think, 'Well, why don’t we? What's stopping me from taking that next step?

?????? RT @mrLdavis: Charlamagne look like you just asked if the turkey was done for the 4th time. pic.twitter.com/8MAGNPifr4

Charlamange Tha God also loves to spoil his daughter. He told, "I spoil my daughter, not only is she growing up in a loving household, I spoil her so no man is going to be able to provide her because she's got me." He also added, 'She also understands the value of a dollar, and how hard her parents work to provide the life she has.'

Man this show too damn good. I Can't wait for next season. Salute too Lawrence for having a penny pinching penis. He didn't get caught up in the moment and pay that stripper 200 for head, he called his ex (Issa) to clear his head, then he called the bank teller and fucked for free. I respect such wise decision making. #InsecureHBO

Hence, with no rumors of divorce nor extramarital affairs, the couple is going great in their married relationship and are happily staying together along with their children.