Marriage and divorce in Hollywood erupted exactly the moment the word Hollywood was introduced to the world and here same has been the case with Ira Glass and Anaheed Ali who has been dealing with their troubled marriage for a long time.

The couple who stayed together with each other for almost twenty years is not being able to keep up their relationship anymore, and Ira has recently filed for divorce. Today, on deck, we will be talking about Ira Glass' married life, divorce issues, children, and many others:

Ira Glass, the host of 'This American Life' and Anaheed Alani, has finally called off to their twenty years long relationship. The couple who got married in 2005 lived in a married relationship for almost sixteen years are no longer together and filed for divorce in 2017. The couple first met in the year 1997, and their romance sparked the moment they met each other. The duo dated for several years before they finally decided to make their relationship official. 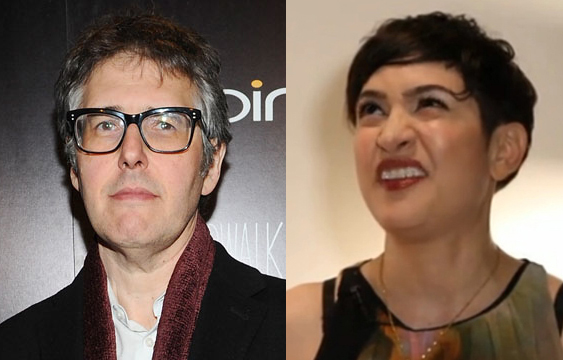 Ira and Alani lived in Chicago while they were dating. However, the duo moved to New York soon after they got married.

Though the couple had separated several years ago, the couple made it official only on March 17, 2017, after which Ira filed for the divorce.

US Weekly reporting on Ira Glass?! What's next, Terri Gross: what's in my bag? Actually, do that, b/c i'd be interested to see. #pcd #popculturedevo #iraglass #usweekly #thisamericanlife

Talking about their troubled relationship Ira in an interview with The Guardian once mentioned that;

The honest answer to your question is that I think Anaheed and I could do this whole thing better and that we’re a terrible role model for anyone,

We muddle our way through, for sure. And we’ve been together for 20 years — but it’s hard on us. I feel like I know other people who manage it way, way better.

Jewish boy Ira mentioned that both of them were extremely busy and it was tough for them to balance their love life.

Glass even opted for an "uncontested" proceeding in the Manhattan Supreme Court filing.

Although they had been married for a pretty long time, their relationship was definitely not going on the right track since the couple even couldn't come up in an agreement to have babies. It seems like Ira and Alani relationship were more of a bumpy road. Obviously, they weren't happy with their relationship. So Glass and Alani did the right thing splitting. It's better to be single than to be in a relationship where you barely get happiness.

Hope the separation of Ira and Alani turns out to be the beginning of their happy life. Both of them deserve happiness. So Best Wishes from our side to both of them!