Frostsnow https://frostsnow.com/
Home Gossip Rachel McAdams and her boyfriend Taylor Kitsch are living together. They are marrying soon

Rachel McAdams and her boyfriend Taylor Kitsch are living together. They are marrying soon Rachel McAdams and her boyfriend Taylor Kitsch seems to be taking their relationship very seriously. This couple can be seen together on crime drama True Detective. These co-stars not only have a good chemistry on-screen but they can be equally seen close with each other in off-screen too. So what can we say about the closeness that can be detected in between this couple? We also heard that Rachel McAdams and Taylor Kitsch are staying in a living relationship. So do you think this couple will be getting married soon? Do you think they can be able to take their relationship further?

Rachel McAdams and boyfriend Taylor Kitsch these days have got very much close and can be seen holding each other hand in public too. A source of Us Magazine said, "It hasn’t been long, but it's serious"… The Canadians, who recently wrapped the HBO drama's second season, have been 'friends for years', they grew closer on set."

Rachel McAdams and her co-star Taylor Kitsch were spotted having dinner at West Hollywood's Osteria Mozza on June 22. May people doubt about the correlation these people have as till then they hadn’t confirmed about their relationship. This pair now is living together, as Rachel is mostly seen at Taylor's condo.

It true that both Rachel McAdams and Taylor Kitsch had affairs with some of the other stars before but this time it looks as if they are really having a deep feeling for each other. According to Insider, both have met each other family. "Taylor immediately bonded with Rachel's mum, Sandra, which made Rachel really happy". Whereas Rachel is also busy impressing her new boyfriend by cooking for him even she is not best in the kitchen.

Are they going to marry soon? 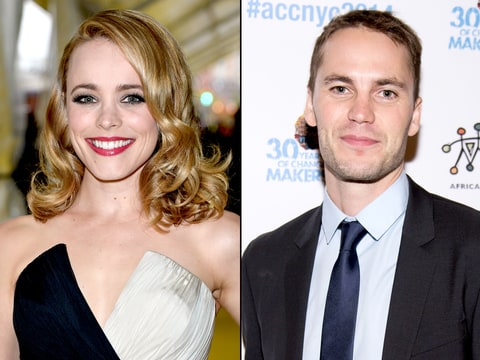 As far as we analyse how close this couple has grown up in such a few time may be this couple have a stronger bond than we can imagine. Since both have visited each other's home and have been familiar with all the members of the family additionally their family like them being together, who can they separate easily? They have already decided to upgrade their relationship to a whole new level.

#RachelMcAdams at the #AboutTime premiere in #London . This is one of my favourite hairstyles of Rachel's! Hope all my American followers have a happy and safe Thanksgiving!

And we also think that as Rachel has already turned 38 now its perfect time for her time for her to tie a knot. Even though Taylor confessed his love later but while a few months ago as everyone was busy making True Detective Season 2, Taylor Kitsch was said to be falling for Rachel McAdams.

Once Rachel McAdams said ,"A set seem like a good place for romance, but I don’t think it's very conducive; it's too distracting". She added, "Every relationship I've had with a coworker comes after the fact."