Frostsnow https://frostsnow.com/
Home Gossip Rachel Donohue Is Awarded as Hennessy New Irish Writer of the Year, How much is Rachel's net worth?

Rachel Donohue Is Awarded as Hennessy New Irish Writer of the Year, How much is Rachel's net worth? Hennessy New Irish Writing is an open platform for the writers who reside n Ireland. The writings are edited by Ciaran Carty and appear in The Irish Times on the last Saturday of every month. All the published writings; poems and stories are eligible for the 2015 Hennessy Literary Awards.

There is a high measure of success for the New Irish Writings and it has nearly reached its 50th anniversary. Being associated with the national newspaper, it has aspired thousands of writers and reached a wide readership.

Rachel Donohue has won the New Irish Writer of the year 2017 from her story named 'The Taking of Mrs Kennedy'. Let's get to know about more spices of her story!

Writer, Rachel's story of love affair and betrayal has succeeded to win the hearts of the judges this year. 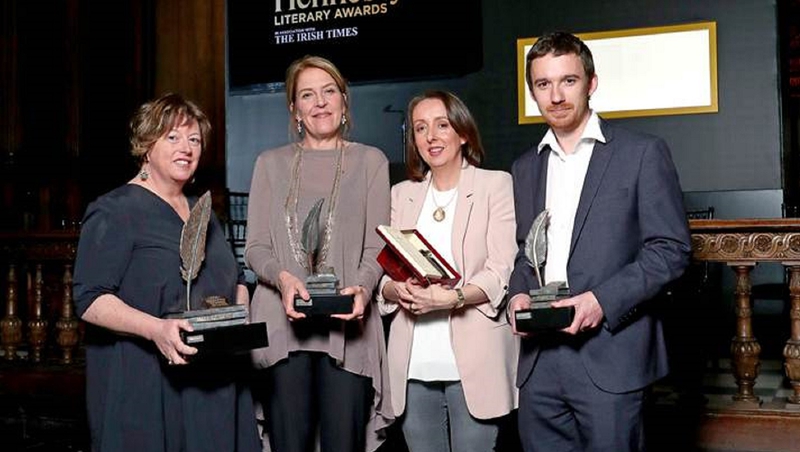 Rachel Donohue won by her beautiful and mysterious story and she gave a short brief in the interview as;

“This story really began as a ghost story. I wanted to capture a sense of shadows under a seemingly perfect life. Caravaggio’s painting The Taking of Christ fed into this mood of a dark fate, and along with it came the idea of betrayal.”

She even mentioned that she actually planned on writing a ghost story where she got struck by the love and diverted her story into a mysterious love story. She added her story is relative to the mood than character-driven.

Fans of new Irish literature gathered in the stunning surrounds of The Baroque Chapel at IMMA Kilmainham last night for the 46th annual Hennessy Literary Awards, one of the longest-running cultural sponsorships in Ireland.

Rachel Donohue: A New Irish Writer's work and net worth

Dublin girl, Rachel is a dedicated writer who has contributed her 12 years working in media and public relations. She was previously a runner-up in the RTÉ Guide/ Penguin Ireland short story competition.

The 33-years-old, Rachel graduated with a first-class honors degree in Politics from University College Dublin. She lives happily with her husband and family. 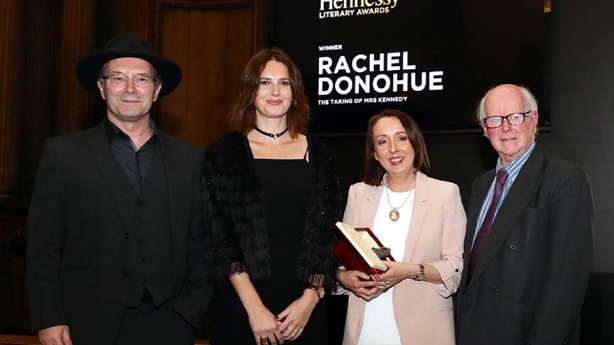 From the first winning on Hennessy, she made €1,500 and from the overall winning, she received an additional prize of €2,500 and a trophy. She recently got famous and is earning a good amount of salary from her writings and she continues performing her excellent work. The win from the Hennessy has added a bonus for her and her works have been receiving tons of attention after that and she is more to receive achievement in the future.

Hennessy is intrinsically linked to the Irish way of life and is committed to supporting Irish culture. The Hennessy Literary Awards is one of the longest-running cultural sponsorships in Ireland and they keep on welcoming the new talent just like Rachel.