But the golf course is not the only platform for this 48 years' old where he displays his expertise. After being married for more than 20 years with three children, Phil has proved that he is a lovable family guy as well.

Also, see: American Golfer Phil Mickelson's Lifestyle and Net Worth He has Achieved From his Professional Career

He had won three NCAA individual championships and three Haskins Awards (1990, 1991, 1992) as the outstanding collegiate golfer. 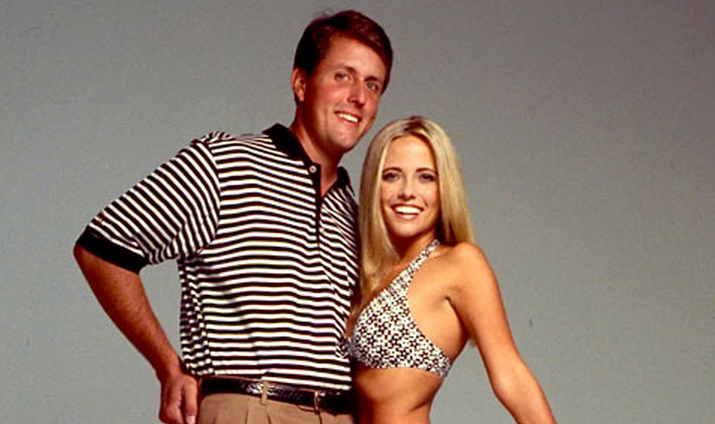 Starting from 1992, they dated for two years before Phil proposed his then-girlfriend Amy to get married and become his wife.

Phil Mickelson and Amy Mickelson have three children together 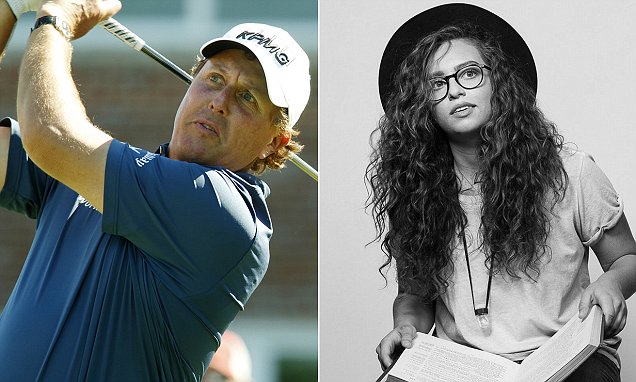 Their second daughter, Sophia, was born in 2001. Their third child, the only boy, Evan, was born in 2003. But the Mickelson’s third pregnancy didn’t turn out to be all well and good. During the birth of his third child, Phil revealed that he was terribly worried he would lose both Amy and his son because a complication had occurred. Amy had ruptured an artery in her uterus and Evan wasn’t breathing. But fortunately, after a couple of hours both survived the troubled childbirth.

Phil Mickelson and his wife Amy Mickelson with their three children

The family has been happily living together in California in recent years.

The complicated childbirth isn’t the only brush with death Amy Mickelson experienced in her life. In 2009, Amy was diagnosed with breast cancer. Having never missed her husband's games, her absence in the field was misinterpreted as an impending divorce. Rumors cleared up for better but the truth was scarier. This cancer battle had rattled the family. Phil had taken an indefinite leave from the tour to be with his family. But soon after, Amy had pursued her husband to go back to the course.

On the 31st May of 2009, Phil announced his return to the Golf world as he stated that he would return to the game in June at the St. Jude Classic and US Open. He returned to the game after his wife had her cancer detected in the early stage.

Today Phil Mickelson’s wife Amy Mickelson is cancer free. Moreover, the duo is active in many breast cancer charities too.