Peyton Manning is married to Ashley Thompson. They have 2 children. See Photos Former NFL player Peyton Manning is married to gorgeous Ashley Thompson. Manning and Thompson, together make a great couple. This pair has been together for a very long time and is parents to two amazing kids. Despite the years, their relationship is going well without any issues.

Know more about the couple's relationship.

Footballer Manning and his wife met due to their parents. Yes, you read that right. Thompson and Manning were introduced by Thompson's parents' next-door neighbors. They introduced Thompson to Manning earlier to Manning's college’s first year.

They dated for a while and later decided to turn their relationship into a beautiful marriage. Thereafter Manning tied the knot with Thompson on 17th March 2001 in Memphis. Even though Manning is a known figure, his wife is not really known by the public. It seems like his wife finds comfort in staying out of the limelight. However, she appears to be a very strong companion. She has been in a relationship with Manning even before he was famous. Manning’s wife Thompson is a businesswoman.

She is also one of the owners of the Memphis Grizzlies, the Tennessee city’s basketball team! Before the time of purchase, Thompson shared her feelings by saying as,

I am very excited to make the commitment to join the potential new ownership group of the Memphis Grizzlies. As a native of Memphis, it was important to me that the Grizzlies remain in Tennessee and continue to have a positive impact on the community.

she said at the time of the purchase. Also, find out about their children.

Talking about Manning and Thompson’s kids, they have two children together. You will be amused to know that their children are twins, a daughter named Mosley and a son named Marshall. Thompson gave birth to their cute children on 31st March 2011. Image: Peyton Manning with his kids

Payton Manning is too close to his family

It seems like Manning is too close to his family. During an interview with People magazine, Manning said:

My entire family keeps me positive and they always support me. They will be coming to town to be with me. Without them, I would not be where I am today. I am very grateful. 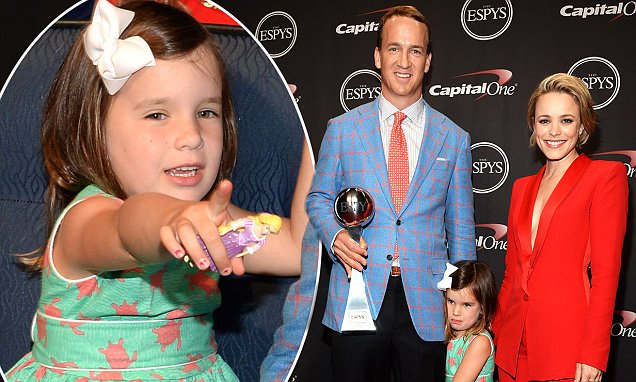 Image: Peyton Manning and Ashley Thompson with their daughter

However, Manning and his wife do not share much about their kids. It seems like Thompson doesn’t want much media attention towards their children. She is very much concerned about her privacy. Once, she said:

We value our privacy and would appreciate you not putting this in the paper or online.

The former NFL player, Manning and his gorgeous wife, Thompson’s relationship is going great despite being married for so many years. Manning is a great husband without any doubts as he has never cheated his wife. There is no rumor of divorce between them.