Love me or hate me, but you just can’t deny me- we have heard this so many times and memes about it in social media too. Well in real life, it is used the most in action and maybe that is the reason Pamela Romanowsky has become an overnight star. Her movie 'The Adderall Diaries' was premiered at Tribeca Film Festival and was then released in 2016.

Although it was highly speculated to do well because of the novel of the same name by Stephen Elliott, it shockingly received negative reviews. But-but-but the director was talking about very much and now Pamela Romanowsky is a growing sensation. However, we would just not give the movie all the credit because her personal life says much more about her.

Pamela Romanowsky, whose age is about 33, is the alumnus of the Sundance Institute and is a screenwriter and director. Romanowsky, who hails from Brooklyn, studied behavioral psychology at Macalester College and then went on to study documentary making with Barbara Kopple.

I'll take it! Thanks mic.com for getting it.

With just two movies in her kitty, she is much talked for two reasons: Her stand on feminism in Hollywood and for her relationship with James Franco. No wonders her net worth is speculated be in millions. 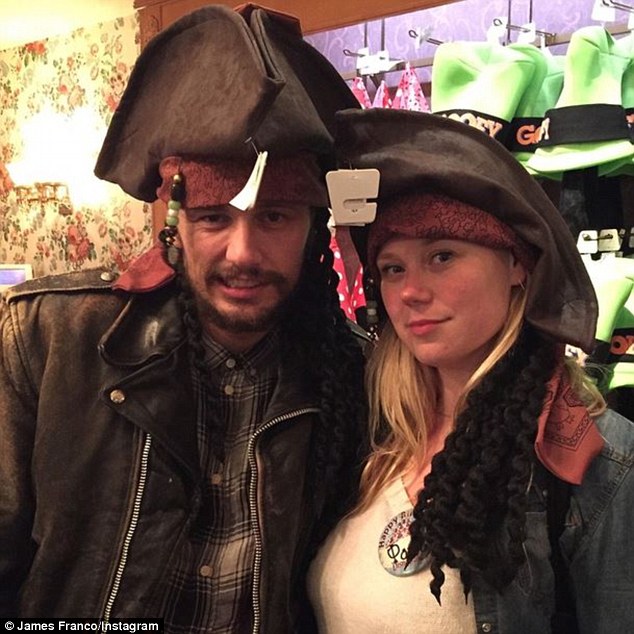 Romanowsky, who was also the screenwriter of The Color of Time a short film, had met James Franco — the actor of the movie during studying directing at New York University. Ironically or coincidentally, we can't differentiate, but in both her movies, she has starred nobody else but James as the male lead. To add to that, her 32nd birthday last year was celebrated at Disneyland and both of them were snapped together holding hands and enjoying. The “just friends are workers” spent a day together along with their other colleagues from the film and the birthday was definitely well spent and a very closed affair with friends.

The pretty director, who has a cute height too, is a star among her friends undoubtedly because her Instagram pictures, in which she is having fun, will make you envious. A motorcyclist too, Pamela is a bit of a pyromaniac and the lady is not just a pretty face, guys! She was initially a student of pre-med and intelligence runs in the family because her father is a doctor. However, she followed her dreams and came to direct movies.

Visiting Dr. Romanowsky (known as Dad to a select few MVPs) at the hospital. ??

She also has a series - The Talk worldwide, which is launched by Wetransfer.com - which she announced on Instagram.