Eija Skarsgard is mostly known as the daughter of the famed Hollywood actor Stellan Skarsgard. She is also famed for her brothers; Alexander, Gustaf, Bill, and Valter. Eija was born in a family where success and fame run in the vein.

In this particular column, we will be talking about the personal and professional life of the model Eija Skarsgard. Scroll down to know about her professional career, dating life, siblings, parents, family, and more:

At the age of 14, Eija Skarsgard entered the world of modeling. But when the judgmental society came into play, the fiercely independent soul quit before she could be forced to fit in the shoes that were thrown at her.

She took a break after four years of the modeling career and says she will come back when she is ready for it again. And as of yet, Eija is in no mood to start acting because she feels that enough of her family are in the industry already.

Daughter to one of Hollywood's busiest actors, Stellan Skarsgard, and also siblings with the actors Alexander, Gustaf, Bill, and Valter, who have established themselves in the business, Eija, however, still does not feel the pressure to follow in their footsteps.

Stellan was the pioneer - and he was followed by his sons Alexander, Gustaf, Bill, and Valter Skarsgård. Everyone has more or less a thriving career in Hollywood.

But the only girl in the family of eight Eija, 25, will not appear in the movies or on television while already appearing on the covers of magazines.

Nevertheless, she tried her hand on modeling. She was “discovered” in a crowd photo at the premiere of Pirates of the Caribbean at the tender age of 14 and 1.77 m height and was called up by a modeling agency.

However, her modeling days came to an end four years later when she felt that she no longer enjoyed it.

When I hit puberty and got boobs and a butt and they started harping on me to lose weight, I didn’t think it was fun anymore

Currently, she is a nightclub manager in Stureplan at Vardagsrummet. She even revealed in one of her interviews how she encountered unpleasant nightclub hosts over the years, but she grew up with a father who always insisted on the equality of all people regardless of money and status.

From Skarsgard’s public appearances and social networking sites, it is very clear that the large family is close to one another. In an interview with a magazine, Eija revealed that growing up with brothers had quite an impact on her.

She describes how often the siblings took care of each other. This was also essential because father Stellan was mostly traveling and their mother was absent and sick.

Eija says that she grew up with video games and manly films. She also recalls that the last thing she wanted for her birthday was a Barbie. 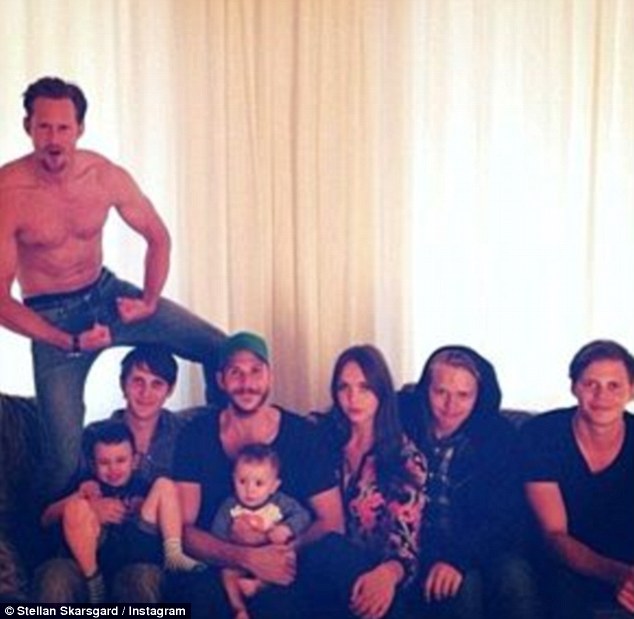 Eija loves to be with her family. She spends Sundays with the rest of the Skarsgårds. Her father Stellan cooks, and the large happy family including her mother My, all five brothers, and Stellan’s new wife, Megan Everett, enjoy the fine time.

“He is an extremely good cook,” Eija chimed on.

While talking about Eija Skarsgård's dating history and relationships, she has not been involved in any relationships. There are no headlines of her link ups. After breaking up with Cassie Scerbo, who is Cody Longo dating these days? Is he married? Are Yvonne Zima and Michael Graziadei dating each other? Or Does Zima have a different boyfriend?