People are in love with Bella Hadid's style; Know about her signature style. Bella Hadid now belongs to the list of the world's top fashion expertises as she has hit many scores with her tasteful fashionable appearances. We can see Hadid on countless magazine covers and in bold names campaign.

Isabella Khair "Bella" Hadid is an American fashion model, signed to IMG Models in 2014. In December 2016, the Industry voted her "Model of the Year" for Model.com's Model of the Year 2016 Awards.

Her versatile stylings range from head to toe all black look, to '90s fashion, and sporty outfit to cool street style, and the list goes on. Media are all buzzed up with her high fashion choices, and she has become burgeoning style star. Let's see some of her best styles.

The 20-years-old Hadid made her mark in the fashion industry starring in a campaign for Chrome Hearts which is now a brand she designs for.

Let's look at some of her best clothing! 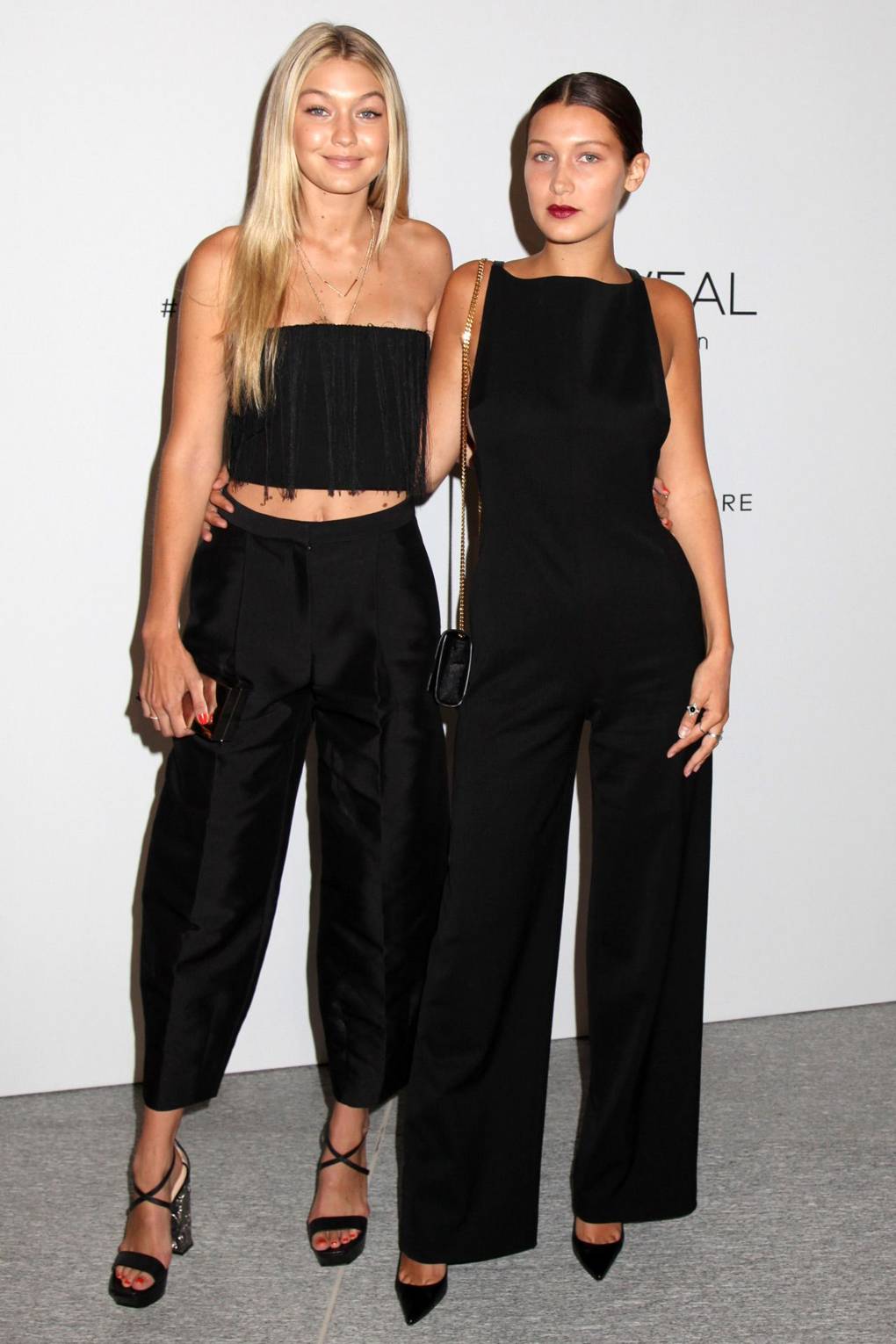 Here she is, with her formal wear to the Kids Choice Awards in Los Angeles on March 29, 2014. Bella is posing with her big sister Gigi Hadid in a snake-print jumpsuit looking all classy and edgy.

Let's also not forget about how she prefers all black look. She is definitely a 'Queen of Black.' 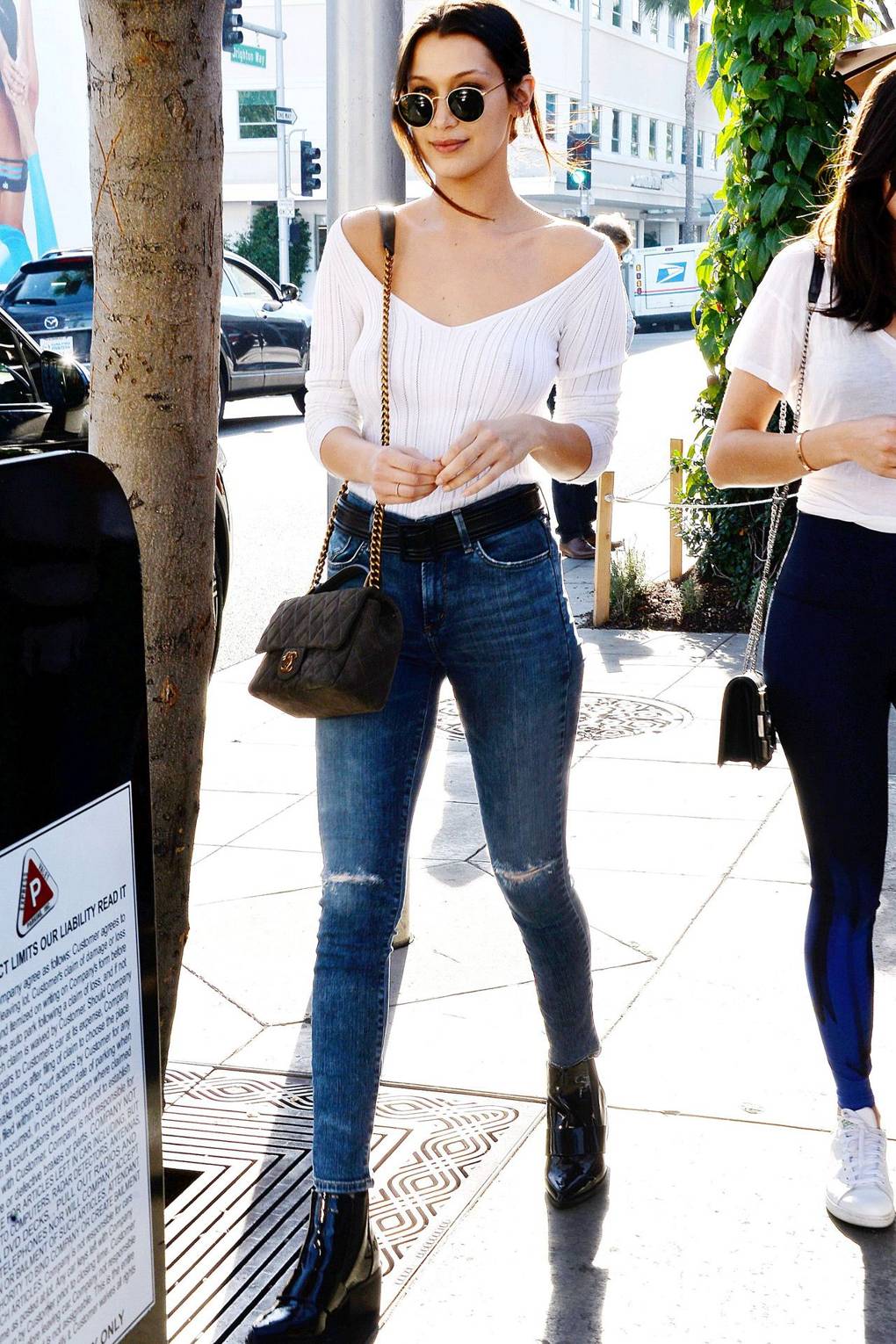 She never goes out of style even in the street. Look at her going all fabulous in a championed rigid jeans with a cream knit and pointy stilettos. Casual yet Sophisticated! Bella was actually heading to New York for lunch on October 9, 2015. 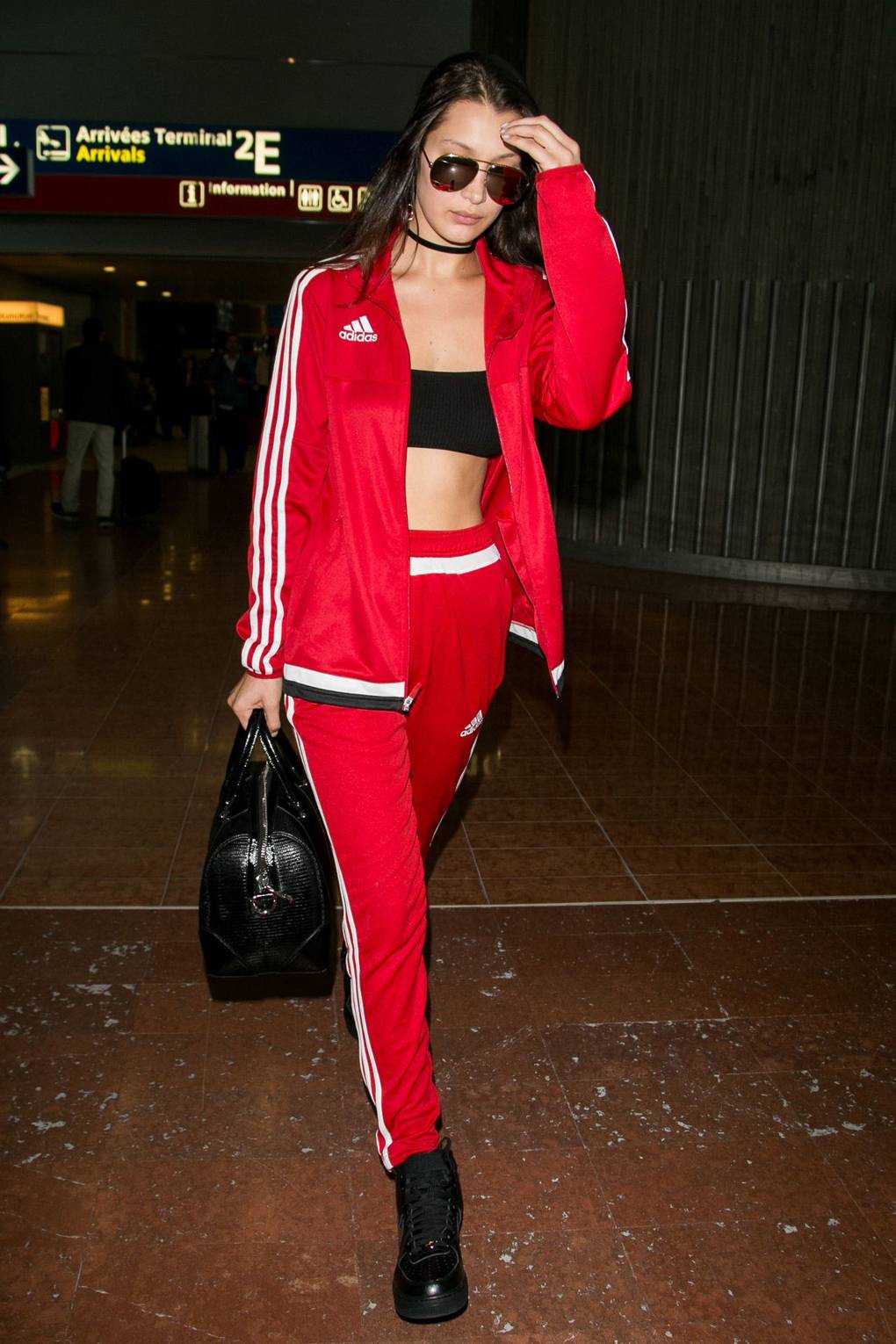 Bella extremely prefers Adidas when it comes to sportswear as she is spotted wearing Adidas now and often. She wore a red Adidas tracksuit with a black bandeau while arriving at LAX.

Hadid goes a little sparkly on the Red Carpet.

From motos to skinny pants, Bella is a fan of all things leather!

Bella Hadid in The Weeknd music video 'In The Night.'

Denim is her another favorite! For Bella, anything denim is magnificent whether it is jeans skirt or body con.

Bella has achieved up to four of the awards in her modeling career. Let's look what she prefers mostly to her foot wears.

She is rocking those Tamara Mellon heels at the party.

Bella implies on De Grisogono jewelry most of the time.

Bella Hadid at the Grammy Awards

Let's look at her bling! She is wearing Bulgari jewelry on her hand.

Check out her other best street style in the video!

Here you go with Bella's best stylings till the moment. Let's wait for more bombs she's gonna throw on the Fashion World.