Frostsnow https://frostsnow.com/
Home Gossip Penny Wong is in Relationship with Sophie Allouache, Know about their Married Life and Children

Penny Wong is in Relationship with Sophie Allouache, Know about their Married Life and Children Penny Wong, with her full name Penelope Ying-Yen Wong, is an Australian politician representing South Australia since 2002. Penny serving currently as the Leader of the Opposition in Senate is a member of the Labour Party and a life partner of Sophie Allouache.

Penny, an openly lesbian, is also a loving parent of 2 children, whom she shares with Sophie Allouache. Let's know about the married life of the couple and their children.

Penny's married life with Sophie and their children

Penny, who came out as a lesbian on July 1, 2002, had not spoken much about her personal life until the issue of the same-sex marriage rose. It was then that she revealed about her relationship with Sophie Allouache to raise awareness about the issue and give it a boost.

Even though Penny and Sophie are together, they have not given the details about their marriage nor about their relationship. Probably, they have been together for a long time after getting married in a secret ceremony. 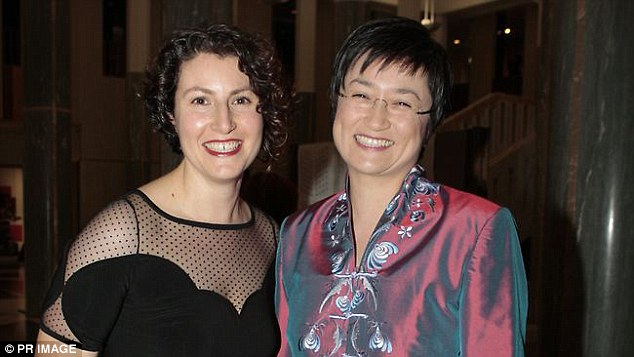 Penny with her beau, Sophie

You might be thinking, Penny and Sophie are parents, but how? Well, their first child, a daughter named Alexandra, was conceived by Sophie through IVF. The couple had revealed about Sophie's pregnancy was back in December 2010. After he birth, Alexandra was all over the internet in August 2011.

Penny and Sophie with their first child, Alexandra

While the issue of same-sex-marriage gained much traction in Australia and was carried to the legislature there, Sophie and Penny were blessed with another child again. The couple became parents to their second child, whom they welcomed on April 7, 2015.

Penny on her tweet talked about the baby girl and said that they had named her Hannah.

Sophie and I are delighted to announce the arrival of Hannah, a sister to Alexandra. Everyone is doing well. pic.twitter.com/7y8Y9Cku2Q

Penny also revealed that Hannah was conceived through IVF, like her elder sister, and that the sperm donor in both the cases was the same person. However, she also added that she wanted to keep the identity of the person secret.

When Penny was asked about time management after she became a mother, she gave an easy and inspiring reply:

The unfortunate reality is that Sophie does the Lion's share of the work and we're lucky to have my mum and Sophie's parents , who are very supportive.

Penny is really an inspiring and strong woman. Best wishes for her future.

Also read: Kate McKinnon, who is openly lesbian, is in a relationship with her love Jackie Abbott

Well, you are already aware of Penny's contribution to make same-sex marriage legal in Australia. But apart from being a politician, Penny, herself a lesbian, has also become a role model for those like her. Here we have a recent tweet by Penny, where she shares her happiness.

Adelaide says 'YES' to equality! ???‍????
Our job now is to fight, to campaign, to get out the vote and win this postal survey! pic.twitter.com/6x5xwEyrRr

The Penny and those like her finally won after a long battle on November 15, 2017, when Australia decided in favor of same-sex marriages. 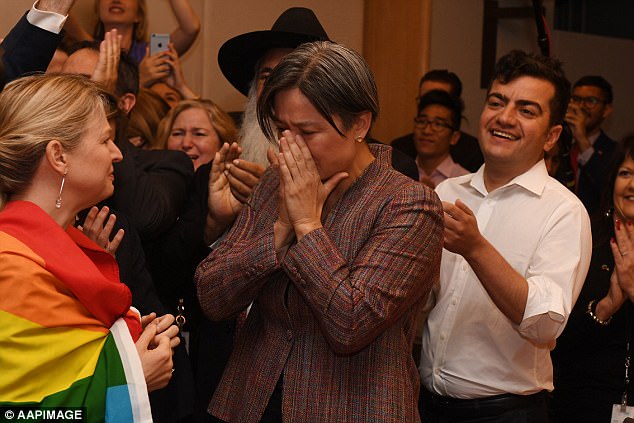 A big moment for Penny and Australia, Congratulations!!

How Much Is Jason Collins's Net Worth? Know in Detail About His Salary, Career, & Awards