Paulina Porizkova And Her Husband Ric Ocasek, Are They Happily Married? Their Affairs & Children Czech-born Paulina Porizkova is an actress, and model who owns the citizenship of both United States and Sweden. Paulina started her career out as a model in the year 1980 and is the first Central European woman to feature on the cover of Sports Illustrated swimsuit issue. She is also the second woman to appear on the cover consecutive times. Paulina has the most beautiful physique and looks which would lure any man. In the 80's, she was among the most popular faces in the United States.

Paulina is best known for her appearance as a judge on America's Next Top Model alongside Tyra Banks, from season 10 to 12. As an actress, she has appeared in numerous TV shows and films like Anna, Desperate Housewives alongside Eva Longoria and Felicity Huffman. Currently, she is also portraying the role of Ana in the TV show Nightcap.

Did you guess the dress correctly? Great party tonight at @gothamhallny for the #Bloomberg50 gala. Especially fun table including the beautiful @janeseymour and Esteé Lauder chairman #WilliamLauder, etc. etc. Bloomberg spoke and he was incredible funny. Who knew! @bloomberglive #Paulina4Decades

Here we are going to talk about the gorgeous model's marriage with husband Ric Ocasek, their children, and her past relationships.

Paulina, 52, who has an estimated net worth of $10 million is currently married to her husband Ric Ocasek, the lead singer of rock band The Cars.

After Ric's divorce with ex-wife, he started dating Paulina. They dated for more than a year until they decided to tie the knot on 23rd Aug 1989. After being married for 4 years, they gave birth to their first child, Jonathan Raven on 4th Nov 1993. He is now 24 years old. They gave birth to their second son, Oliver Orion on 23rd May 1998. 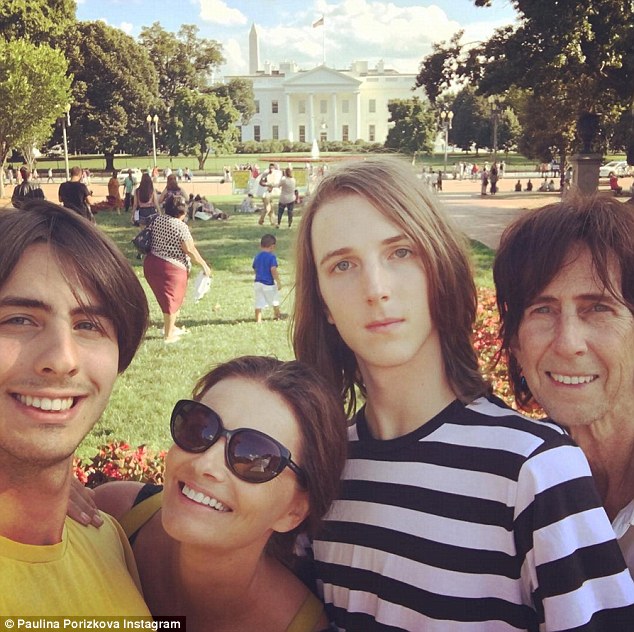 The couple is still together and is leading a happy life. However, even though they are very close, there are barely any photos of the two together. But in 2016, she shared a picture of her entire family of four together.

Paulina's past relationships and affairs

Before starting her relationship with her current husband Ric, Paulina was linked with fellow male model Bruce Hulse, who is best-known as a model for big brands like Calvin Klein and Gillette.

There is not much information about how all this started or how long the fling lasted. But we know that they had a fling which did not last very long.

Nonetheless, Paulina has not been in a marital relationship before Ric and also does not have any children with other men.

Paulina looks gorgeous even today. She also often shares pictures of herself sporting a bikini on her Instagram page. We wish the model very best in her career and family life.