Ryan Gosling is a very famous Canadian actor and musician known for his films Murder by Numbers (2002), The Slaughter Rule (2002), and States of Leland (2003). Ryan started working as an actor since his childhood days where he was the child star on the Disney Channel's Micky Mouse Club (1993-95).

The 36-year-old Canadian star has been in a relation with an American actress, model and entrepreneur Eva Mendes since 2011. The couple after a long time in a living relation got engaged in 2016 and is possibly getting married soon. The couple is living their happy life with their two daughters.

If you are wondering to know more about their relation and children stay with us.

Actor Ryan and actress Eva started their romantic relation back in 2011. It is not exactly known when they two started dating but they were first spotted together enjoying their date at Disneyland in September 2011. Since then, the couple is tied together with the magical bond of love and they have spent their most of the free time together.

Ryan and Eva have shared big screen together in the 2012 American crime drama film The Place Beyond the Pines, directed by Derek Cianfrance and written by Cianfrance himself with Ben Coccico and Darius Marder. The movie was commercially successful and most importantly, it helped both of them to take their personal relation to a different level.

They are engaged since October 2016 and they were also rumored to have got married, however, it might not be the truth as they have not confirmed it yet.

Ryan and Eva have given birth to two daughters during their 6-year-long relation. The couple gave birth to their first daughter Esmeralda Amada on 12 September 2014 while their second daughter Amada was born on 29th April 2016.

Must See: Eva Mendes pregnant again as she and Ryan Gosling expect a second child.

The actor said of the importance of parenting after the birth of his second daughter,

The couple is seen rarely on an outing with their kids and they especially love to keep their family life apart from media. However, they were spotted with their one-year-old daughter Esmeralda in 2015 for the first time where the actress Eva was seen in a black coat with silver chains and she had covered her long brunette hair with a black hat. 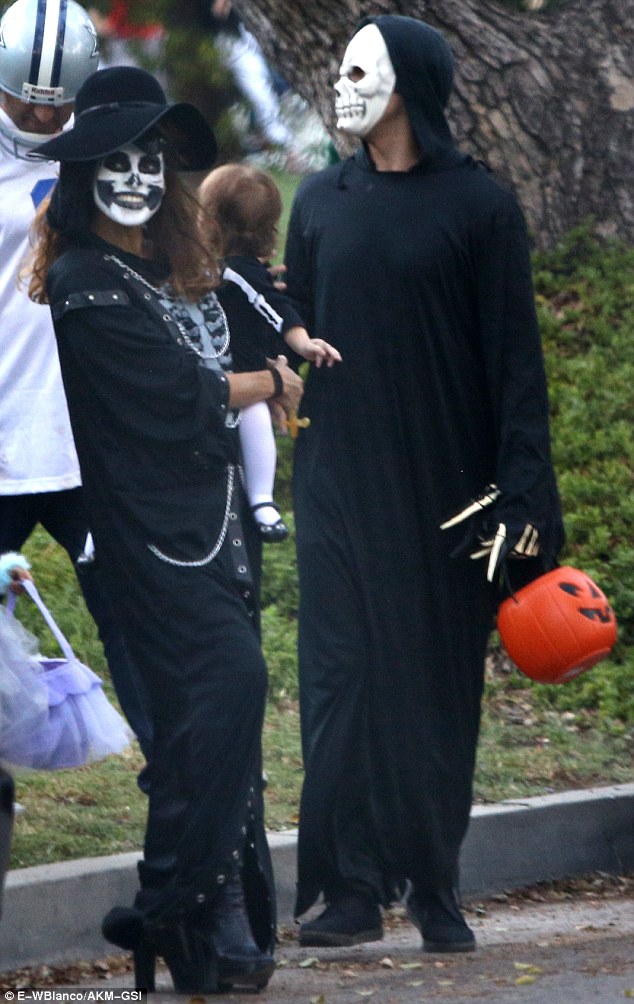 Caption: Ryan and Eva with their daughter Esmeralda?

Also Read: Eva Mendes breaks her silence over her brother's death and becoming mother for the second time

The very talented actor Ryan has recently won a Golden Globes Award as best actor for his movie La La Land while after winning the award, he dedicated it to his partner Eva. Let's hope he will win the Oscar Award too which is going to be held on February 26 this year for his magnificent performance in the movie.