Daniel Lawrence Whitney, famous as Larry the Cable Guy, is a successful American comedian and voice artist. Larry is also the lovable husband of his wife Cara Whitney, a radio personality. The couple is parents of two lovable children.

Larry and Cara, the happy couple

Larry met Cara in  Los Angeles in 2004, while he was still struggling to establish his career. At that time, Cara was already working as radio DJ. Soon, after their first encounter, Larry and Cara became attracted to each other and started dating.

They took their relationship further and married on July 3, 2005. The wedding was not a traditional one and took place on a field in Nebraska with both the bride and the groom wearing casual clothes.

Larry and Cara on their wedding in Nebraska

Larry has said that their wedding cost was only 180 bucks. He recalled his affair and marriage in an interview,

Larry and his wife, Cara Whitney

It's been more than 12 years since their marriage and the couple is still going strong. Apart from his acting career, Larry has also opened a charity, Git-R-Done Foundation, to help children suffering from hips dysplasia.

The couple has two children, Regan and Wyatt. Wyatt was born on August 2, 2006, and was diagnosed with hip dysplasia soon after.

The parents had decided surgery for their child when, after getting advice from Dr. Chad Price, Wyatt was fitted with a harness for around 8 months. The treatment worked. 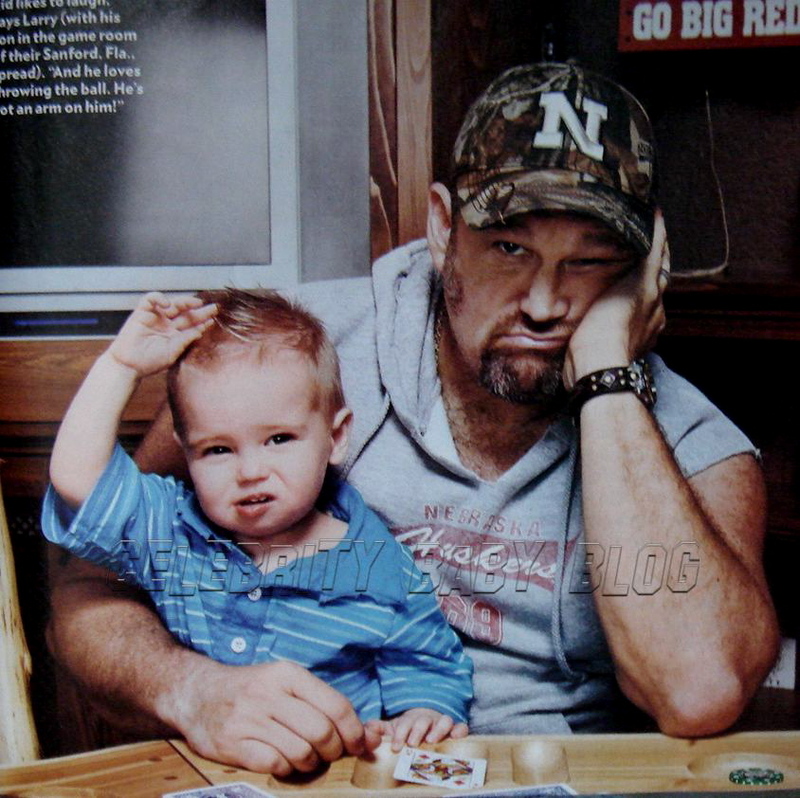 Larry with his son, Wyatt

More than a year later, on October 29, 2007, the couple again became parents of their daughter Regan Whitney.

According to  Larry and Cara, they named their daughter after the former president Ronald Regan. 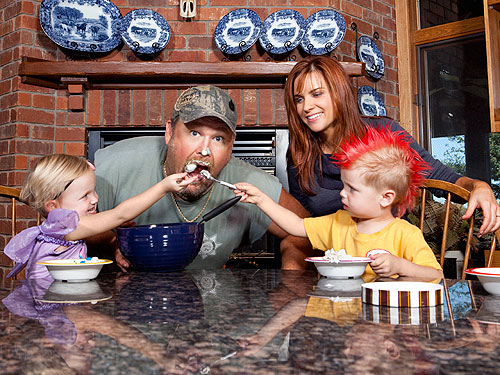 Family time: Cara and Larry with their children

Big congratulations to this happy family! Let's wish them all the best for the future.

Also read: Happy relationship of Paloma Jimenez and Vin Diesel and their children

How much is Larry the Cable Guy worth? How Much Is Canadian Actor Thomas Middleditch's Net Worth? His Professional Career So Far