We all agree that divorce is not an uncommon factor in today’s world. However, we also admit that the whole process is not away from stress. It is quite a hard factor for a regular family to pass through the divorce phase, but it gets more dramatic when you are a famous celebrity.

Likewise today we have a similar story of a former NBA player and NBA analyst at present. Any guesses who we are talking about?

Yes, today we are talking about Shaquille O’Neal and his failed first marriage with Shaunie Nelson. However, there’s happy news on O’Neal's basket as he is enjoying a new dating life with a new girlfriend. Also, get to know about his past affairs and relationship with ex-girlfriend Laticia Rolle.

Who is Shaquille O'Neal Dating Currently?

Shaquille O'Neal has always been on the headlines, no matter, what it be his personal life or his professional career. After numerous relationship failures, Shaquille has finally found the love of his life.

As of 2019, Shaquille is dating new girlfriend Annie Ilonzeh. The pair was seen walking hand in hand while strolling around New York City in early 2019. His current girlfriend is ten years younger than him.

When Rolle posted a simple yet elegant photo on her Instagram in March 2016, O’Neal couldn’t keep his words to himself as he popped the big question in the comment.

Yes, you read it right! O’Neal asked Rolle to marry him to which Rolle replied saying, ‘yes I will. Today, tomorrow and forever yours."

However, we aren’t really sure if the pair who has been dating since 2014 was serious or they were just kidding as it had almost been one year, but they showed no signs of tying the knot. Though the couple is yet to address their wedding, in the month of October, the couple gave their fans a bit of satisfaction.

On October 20, 2017, Rolle shared a snap via her Instagram in which the gorgeous  Eckerd College grad can be seen with a ring on her ring finger. CAPTION: Shaq with her fiance Laticia Rolle SOURCE: The Young, Black, and Fabulous

Sadly, things did not go as planned, thus, the couple broke up. The exact reason behind their separation is not disclosed in the media.

If O’Neal got married to Rolle, it won’t be his first wedding as he was previously married to Shaunie Nelson. The pair got married on 26th December 2002.

They are a parent of four children, Shareef, Amirah, Shaqir, and Me'arah. O'Neal has a daughter named Taahira with his former girlfriend, Arnetta Yardbourgh. 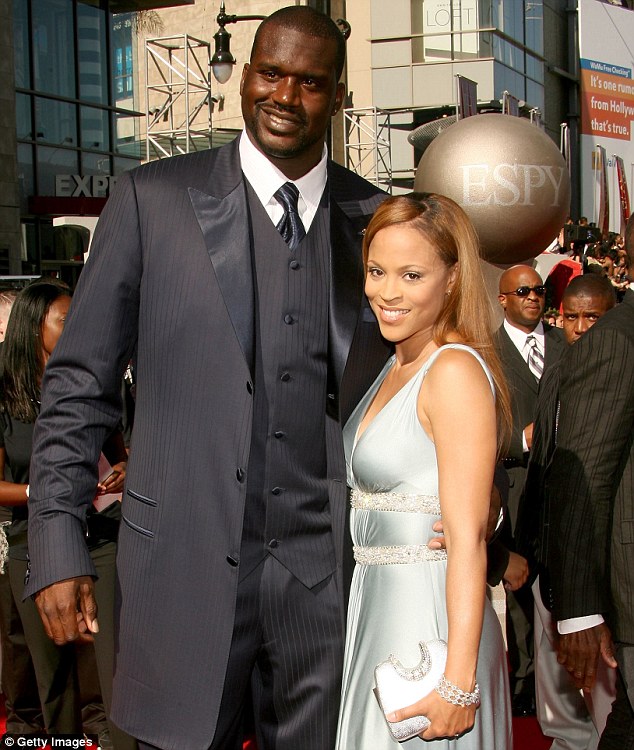 Sadly, their relationship lasted for only seven years as they got divorced in 2009. Reports claim that Shaunie had hired a personal investigator to keep track of her husband. 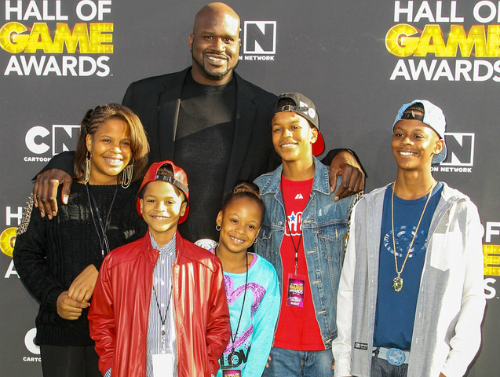 Image: Shaquille O'Neal with his children

But what was the reason behind their separation?

O’Neal accepted that he failed his first marriage as he couldn’t stay faithful towards his wife in his memoir. He revealed that his relationship with ex-wife Shaunie was going well, but he was a guy who had many options to choose from quite a number of women. He also admits that he shouldn’t have done such and everything was his fault. He says:

I had things to do. I was trying to win, trying to make some money. I admit I wasn't the best partner. I just didn't know how. I'm learning now. Shaquille O'Neal has been in a relationship with a lot of ladies like Nicole Alexander, Laura Govan, Dominica Westling, Karrine Steffans, and Arnetta Yardbourgh. Even though O’Neal has a lot of failed relationship, he seems to be going well with his new girlfriend.

The pair makes a lot of public appearance as some time ago they were spotted playing water splash in Cocoa Beach, Florida. 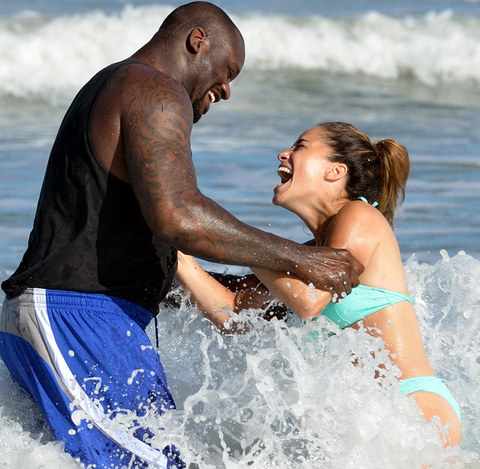 Hope the couple makes it a long journey relationship.