Selena Gomez and Justin Bieber Visit their Dating Spot, are they still Together? Selena Gomez and Justin Bieber have recently decided to be seen together. Though they have not officially said anything about their relationship or given it any label, although rumors are widely circulating that they are really serious about taking their relationship to the next level, we can certainly say that they are back on their previous track.

According to a source, the pop singing sensations are officially dating again, weeks after Selena split from Canadian singer/songwriter The Weeknd. Selena and Justin last broke up in November 2012. However, the story doesn’t end there. To know more about their current relationship, read the article.

Selena and Justin’s dating rumors first started in 2010. The couple got much love from their fan base, which resulted in them being called Jelena. They were the young stars of their time.

Justin and Selena together back in 2011

Though rumors started in 2010, the couple confirmed their relationship in January 2011. They were in St. Lucia for vacation when they confirmed the news.

This adorable couple was going strong and were happy together with each other. However, this didn’t last long. Not long after they had confirmed the happy news, rumors of their break up started in November 2011. They officially broke up in November 2012. They were back together in no time, in January 2013, when Selena traveled to Norway to visit Justin. But then again they broke up in less than 3 months.

My first performance in over a year.. the AMAs have been a place where I’ve shared some of my most intimate moments. Heart wants what it wants, after treatment and now Wolves. This Sunday

Selena and Justin were linked with many names after their break up. Selena was also involved with The Weeknd for quite a long time after breaking up with Justin. Justin was also seen with Sofie Richie and Hailey Baldwin for short periods of time.

Know more about Selena and The Weeknd's Relationship.

Selena and The Weeknd before they broke up

Selena broke up recently with The Weeknd. Just after they broke up, Selena and Justin were seen together again, having a Vegan breakfast. This wasn’t the only time they were spotted with one another. Justin Bieber was also spotted a few weeks ago leaving Selena’s home around midnight.

Video: Are Selena and Justin dating?

Know more about Justin and Selena hanging out for breakfast.

Selena Gomez and Justin Bieber spotted in their dating spot

The incidents of recent weeks have sparked hope in their fans that the ex-couple is back together. The two are yet to confirm it, but their recent stroll in their old dating spot in Balboa Park has only made people more suspicious. 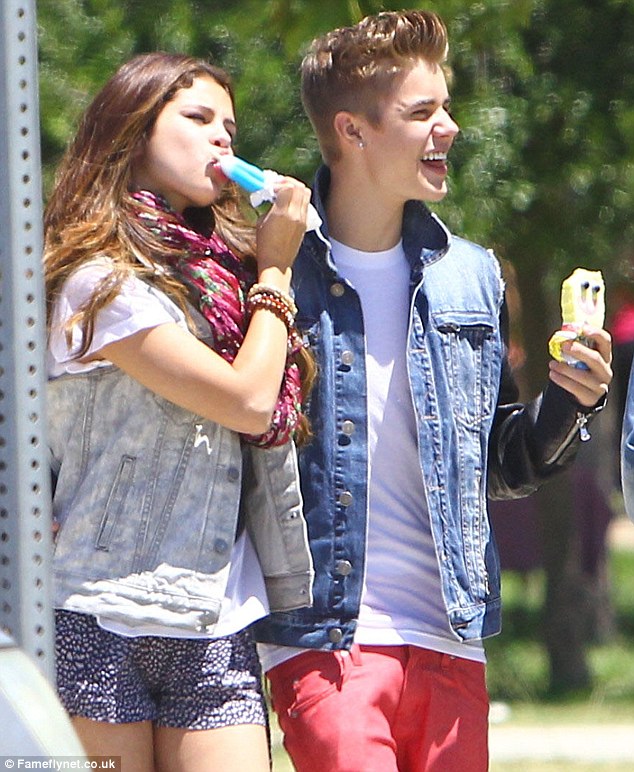 Justin and Selena together in Balboa Park

We can certainly say that something is brewing between the former flames. But are they in a relationship? Only time will tell.