The three times Olympic Champion, swimmer Ryan Lochte announced he is going to be a father for the first time as his fiancee Kayla Rae Reid is pregnant. The couple revealed the news with an underwater photo on Instagram which was posted by Kayla herself on 15 December 2016.

This news has considerably gained wide attention and curiosity to millions of fans as there arise a lot of questions regarding the duo's personal life such as; Are they married? If no then, when will the duo marry? How did they begin dating each other as girlfriend and boyfriend?

Well, we know, as a fan you are really wondering to know the answers to all the queries. Don't worry, we are here with all the details regarding the couple's private pieces of stuff. Just stay with us.

It has been over five months of their engagement and now the model Kayla Rae Reid became pregnant with her fiancee Ryan Lochte who is the three-time Olympic Champion Swimmer.

Ryan and his fiancée utilized the pool for their very special announcement regarding being parents for the very first time and used their social media accounts like Instagram to share the news that they are expecting their first child.

Just when you think you think you have it all figured out, life always surprises you with blessings when least expect it. So excited to share this news with all of you! ???????? #weareprego #omg #2017

The duo posed for the underwater photo shoot while the Olympic champion kissed the model's belly. Kayla shared the news with a very beautiful caption above.

“My Christmas gift came early this year, can’t wait for next year! Best news I’ve ever received,” Isn't is so beautiful?

Here, you can see how it became Ryan's second best moment of his life when he first heard that he is going to be a father. Here, Kayle is also seen showing her growing baby bumps.

Their baby is now just in the mother's womb and they feel an unconditional happiness. Just think how joyful moment will it be when their first child will take out foot out of the womb. Let's just wait for that day.

Besides this, you must be also curious about the relationship between Ryan Lochte and Kayla Rae Reid. So let's find out.

The parents-to-be first crossed paths in January 2016 when they met at a nightclub in Los Angeles and they've been inseparable ever since. Ryan has also shared his experience when he first met Kayla Reid to USA Today Sports, he said;

After dating each other for over nine months, their engagement was revealed as they shared separate Instagram posts on 10 October 2016.

In the picture, we can see the couple kissing in Malibu Canyon and we can also see a diamond ring on Kayla's finger which clearly proves that they are already engaged.

Speechless. Absolutely beautiful. So in love with YOU. ??

They have a very cute relationship. According to TMZ, Ryan had booked a $700 mountain top landing tour through Orbic Aira which promised them to give 50-55 minute helicopter tour and 30 minutes of private time on the peak with a complimentary toast. The couple tries to spend as much time as possible with each other.

They also brought a photographer along with them to capture the moment, in the above video they seem to be enjoying a lot together on the helicopter.

By watching this video we can now say more confidently that the relationship between Ryan Lochte and Kayla Rae Reid is strong enough like the nail to flesh and it seems like they are going to get married soon to became a husband and wife. 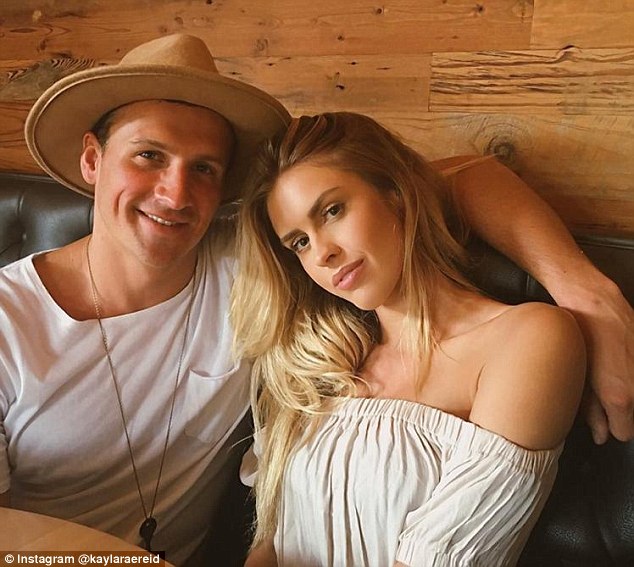 Now what we can do is just to wish the Amazing couple all the very best for their future. We are waiting to see the newlywed photos of the couple. Best of luck!! For more updates just keep in touch with Frostsnow. Lake Bell Shows her Body After Baby Birth,Know about her Married life and Relationship with Scott