Frostsnow https://frostsnow.com/
Home Gossip Nicolette Scorsese's Beauty Pays her in Thousands: Her Career as an Actress and Net Worth

Nicolette Scorsese's Beauty Pays her in Thousands: Her Career as an Actress and Net Worth

Nicolette Scorsese is an American actress and is best known for her roles in Boxing Helena, NYPD Blue, Aspen Extreme, and the 1989 film National Lampoon's Chrismas Vacation, which went on to earn $71,319,526.

The 65-year-old actress Nicolette definitely lives a lavish lifestyle and might have earned a huge amount of money. Today, on deck, we will be talking about Nicolette Scorsese' net worth, sources of income, salary, and professional career.

The American born actress, Nicolette Scorsese started her modeling career after her graduation and later pursued her dreams in acting. She is mostly known for the films in the 1990s as she made her acting debut in 1989. One of her famous work includes her role in the crime drama series NYPD Blue that aired in 1993.

Scorsese started her career as a model and appeared in several commercials and advertisements. As an actress, Scorsese made her debut with 1989 comedy film National Lampoon's Chrismas Vacation. Jeremiah Chechik directed the movie. She played the character, Mary. 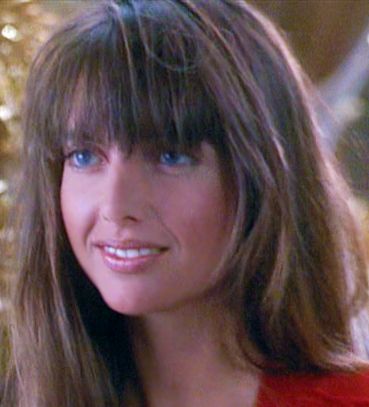 Although there are very rare details about her net worth, some sources claim that she has an estimated net worth of $300,000 now. Scorsese's television works include ER (1995), Rebel Highway (1994), L.A. Law. Besides, she has also featured in several TV movies.

Back in the ’90s when Nicolette was a cast member of NYPD Blue, her co-star and the lead character in the series David Caruso demanded $100,000 an episode after the first season. ABC, which was involved in producing the hit series, stood firm at paying David $80,000 per episode.

Dissatisfied, he left the cast after that. Although it seems that Nicolette was not paid as much as David, it is pretty clear that she earned tens of thousands of dollars per episode.

Video: The Cast Of "National Lampoons Christmas Vacation," Where Are They Now?

ALSO READ: Actress Melissa Rauch's Net Worth in 2018: Details on Her Career, Salary, and Awards

Nicolette Scorsese' personal life is quite a mystery; however, it seems she is currently single. Also, there are no updates regarding her marriage and relationships which makes us quite assured that she is not dating anyone at the moment.

But, unlike her present relationship status, Scorsese has been in a few relationships in the past. Scorsese was in a relationship with Antonio Sabato Jr, an Italian actor, while she was advancing her career in modeling.

YOU MAY BE INTERESTED: Who is Antonio Sabato Jr married to?

Scorsese also had an affair with her ex-boyfriend Sean Penn, two time Academy Awards winning actor for his performance in 2003 film Mystic River and Milk (2008).

Eventually, the news about their relationship became headline as the couple appeared together in the First Annual International Rock Awards. After dating for over a year, Scorsese and her ex-boyfriend Sean Penn broke up.

Scorsese's ex-boyfriend Sean was engaged to Charlize Theron in 2014 but, after six months, they broke up.

Scorsese was also seen several times with the English songwriter and guitarist Billy Duffy. However, they never accepted being in a relationship.