In today’s world of modern technology, it might not be an issue to follow a religion with full faith to you, but what about your kids and then their kids? Many of you might not have thought about this matter, but journalist Chuck Todd is very much concerned about it since the beginning. NBC’s Todd who is the host of ‘Meet The Press’ is a very renowned journalist who has interviewed high-level personalities.

NBC journalist Chuck, who himself is a Jewish, has taken a major step to strengthen religious faith upon his children. Yes, you read it right. Chuck’s children have been following Judaism and he has made sure that they don’t gather half knowledge. So what made Chuck take such step? How did his wife who is not Jewish agree to Chuck’s such decision? Let’s find out.

Chuck is married to Kristen Denny Todd. She is a well-established lady who was Senator Jim Webb’s Senate campaign’s spokesperson in 2006. She is the co-founder of Maverick Strategies and Mail. Chuck and Kristen are parents to two children, Margaret 12 and Harrison 9.

Todd was Jewish on his mother’s side that’s why he followed Judaism and was raised as a Jewish. Todd’s faith upon his religion didn’t change with time, as he feels its importance even at present. However, Todd makes sure that faith doesn’t affect his profession as a journalist. Todd believes that religion has become the United States’ highly politicized issue. 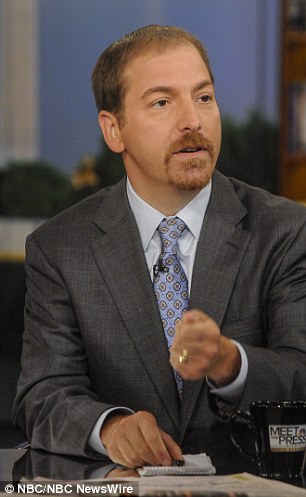 In an interview, Chuck revealed that raising his kids as Jewish is important to him as they have only one grandparent who is alive and it’s Chuck’s mother. Despite the fact that Chuck’s wife Kristian isn’t Jewish, she agreed to raise their kids as Jewish to encourage their faith in religion.

Kristian is very comfortable with Judaism.  On top of that, it seems like Chuck's children are getting along gradually as his son doesn't like going to Hebrew school. Image: Chuck Todd with his children

Chuck claims that his kids are fully Jewish as they do not have knowledge about anything contrasting. He says:

"They don’t know about this ‘half-stuff this, half stuff that.’ All they know is that they have to go to Hebrew school twice a week, which, you know, sometimes the boy doesn’t get so excited about.”

Chuck Todd says being a dad and husband is challenging

At present Chuck lives in Arlington, Virginia with his wife and kids. Despite being so busy and constantly loaded with heavy workloads, he has been maintaining a great balance between his work and family.

He says that it’s a huge challenge to be a good father and a good husband and he often thinks about it. His relationship with Kristian is in great terms without a divorce issue. 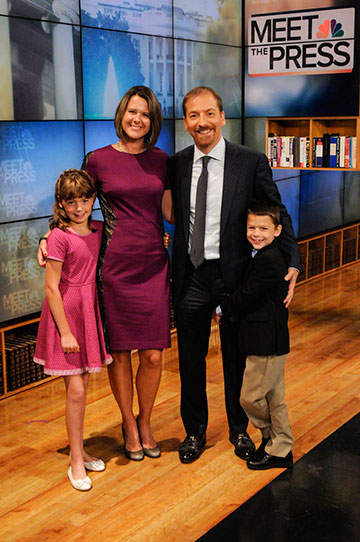 Read more about Chuck Todd's success story about being a journalist. What is the Net Worth of Broadcaster Vince Cellini? Know about his Annual Salary and Career