Dwayne Johnson is a renowned name in Hollywood and to be honest all over the world, but he is most widely known as ‘The Rock’. Johnson was previously married to Dany Garcia but is currently dating Lauren Hashian.

Lauren Hashian and Dwayne Johnson have been together for like 11 years now, but they haven’t tied the knot yet. together they have two daughters but they haven't decided on stepping up their relation from boyfriend-girlfriend to husband-wife.

Dwayne Johnson met his ex-wife Garcia at the University of Miami. Eventually, the pair got married on 3rd May 1997. Dany Garcia gave birth to Johnson’s first child, a daughter, Simone Alexandra, on 14th August 2001.

There weren't any rumors of bad blood in the couple's relationship neither they were said to be involved in a relationship with a third party. So why did Dwayne Johnson and Dany Gracia split their ways? Let's find out.

Even though it seems like Dwayne Johnson and Dany Garcia’s relationship had no troubles, they split in 2007. Johnson’s split from Garcia hit him hard as he revealed that he got depressed out of the whole thing. He even thought,

What kind of dad does this make me? What kind of man will I now become? Failing at marriage and as a husband was a heavy thing, and divorce had that special way of knocking me on my ass.

However, Dwayne Johnson and Garcia are still friends after their split and they work together as Garcia is his manager and handles all his business.

After the split, Johnson confessed that despite the changes in their relationship, both of them are important to one another.

Dwayne Johnson has been dating Lauren Hashian, daughter of late Sib Hashian, for a very long time. Since Hashian met Johnson in 2006, a lot of people said that she is the reason behind his divorce. During an interview in 2015, Dwayne Johnson revealed that he has been living with his girlfriend Lauren Hashian for 8-9 years.

It seems like Johnson and Hashian shares a very strong bond. Dwayne Johnson says that it was Hashian who accepted as well as loved him at his very worst and lifted him up to his best. 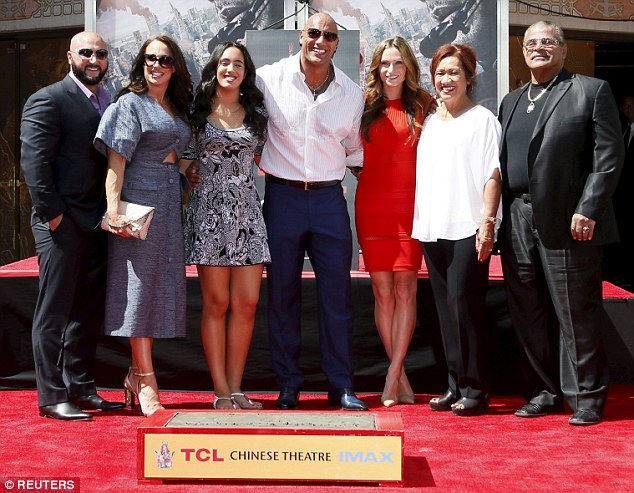 Hashian gave birth to Johnson’s daughter, Jasmine, in December 2015. He once posted a very adorable video on his Instagram where he was seen singing ‘birthday song’ to his daughter Jasmine while the little girl was clapping to her daddy. Have a look.

Here's a video from his wrestling career that helped him to be in the position where he is right now. THE ROCK.

The muscular yet adorable Dwayne Johnson and his girlfriend are together for 11 years. He has earned a lot of fan following all across the globe and has got a follower base of 96 million and falls in the 9th spot of most followed celebrity on Instagram, and we hope he continues to provide us some outstanding movies.

We wish Dwayne Johnson and his girlfriend Lauren Hashian all the very best for their success.

Is Dwayne Johnson married at present?

Dwayne is not married at present, but he is currently dating Lauren Hashian.

What is Dwayne Johnson age?