Frostsnow https://frostsnow.com/
Home Gossip Do Goldie Hawn and Kurt Russell have a Child Together? Know about their Happy Married Life

Do Goldie Hawn and Kurt Russell have a Child Together? Know about their Happy Married Life

Hollywood super couples Goldie Hawn and Kurt Russell are relationship goal. This pair has been together since the early 1980s and have a son but haven’t married yet. Hawn claims that she doesn’t need a ring to define the truth.

Let’s find out more about this inspiring couple and the real reason behind their successful relationship.

Russell and Hawn’s relationship began in 1983 after Russell divorced his first wife, Season Hubley. Hawn gave birth to Russell’s son, Wyatt Hawn, in 1986. Wyatt is the only son of the couple together. Actors Oliver Hudson and Kate Hudson who are Hawn’s children from her previous relationship and they consider Russell to be their father as they call him ‘Pa’.

Image: Goldie Hawn and Kurt Russell with their family

During an interview on October 2015, Goldie opened up saying that she hasn’t found herself in a marriageable situation yet and the truth about her relationship with Russell cannot be defined by just a ring. She said:

No they are not divorced!! Hawn believes that if she had married Russell, they would have divorced already. She also considers that marriage is for someone who wants to be bound but, if you want to be independent then not marrying is the right option. 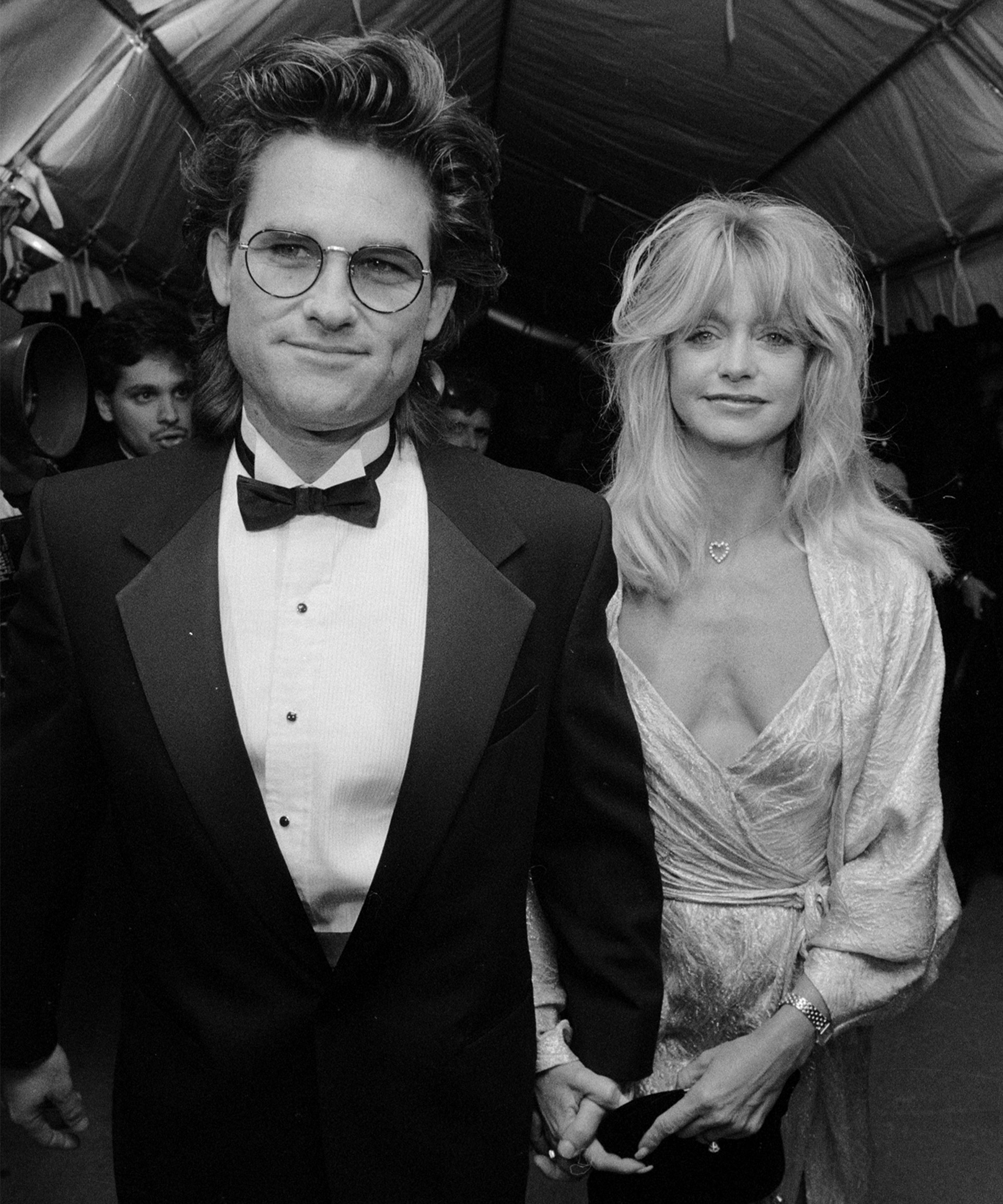 71-year-old Goldie is still very youthful. She doesn’t like Russell’s facial hair as, according to her, it is difficult to find his lips. During an interview, she said:

'I don’t like facial hair and I don’t like necessarily kissing facial hair because you are not finding the lips. His bottom lip is available but the top lip isn’t and all that hair growing down and you have to lift it up.

Russell is a very caring person and is a gentleman. He wakes up every morning and serves coffee for his lover before he starts his day off. This is one of the reasons how Russell has been able to win Hawn’s heart successfully.

Goldie Hawn and Kurt Russell is a perfect example of a long-lasting relationship. This pair seems to share a very strong and unbreakable bond that has helped them keep going for all those amazing 33 years. We hope their relationship lasts forever.

Do you guys hope for the same? Want to wish them all the luck? Please, leave your opinions in the comment box below. The Reason behind the break up between Megan and Tiffany. Know their dating history