Shark Tank’s Robert Herjavec was married to Diane Plese. This duo’s relationship didn’t work out and later got divorced. However, the sadness didn’t last long as Herjavec is currently married to Kym Johnson.

Their marital relationship is going really well without any issues and controversies. Scroll down to know more about Herjavec and his wife Johnson's relationship.

Robert  Herjavec and Kym Johnson met on the sets of ABC's Dancing with the Stars. The fact that Harjavec and Johnson were dating was not a secret. However, Harjavec used to say that they were just good friends.

During an interview with People, Herjavec told:

The entire cast and crew of Dancing with the Stars is evolving into an extended family and is incredibly supportive. Kym has become a great friend, and it is so much fun to be able to share this experience with her. As they said that the truth could not be hidden, Herjavec couldn’t hold his feelings and proposed Johnson with a 6.5-carat emerald cut inside an inflatable swan floating in a pool back in early 2016. Johnson, who had no idea about Herjavec’s surprise, said that everything was very romantic.

He ended up having … flowers all set up in the house and we went up to the rooftop and there were a swan and the ring … So it was very romantic, very sweet. He got down on his knee and proposed. It was beautiful.

I never thought a year ago I'd meet someone who would change my life completely ! I'm the luckiest girl in the world because last night the love of my life @robert_herjavec asked me to marry him and I said yes! ????????

After being engaged for some time, Herjavec married Johnson on 31st July 2016. Their wedding ceremony took place among close friends and family. Johnson looked amazing in a Monique Lhuillier strapless gown.

Talking about Herjavec’s past relationship, he was married to Diane Plese, who was his wife for 24 years. Even though their relationship seemed so well, they separated. Their divorce had deep impacts on Herjavec’s mind.

During an interview, he said:

It's been a terribly difficult year. We were great parents and a great team, but over time, we drifted apart. 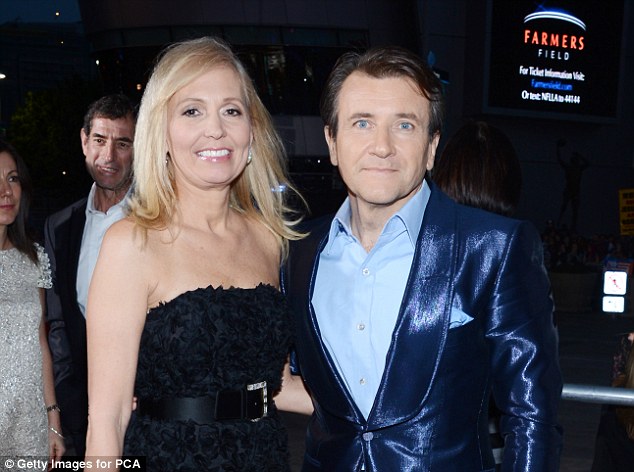 In their years of marital relationship, Herjavec and Diane welcomed three children together.

Herjavec has three children from his previous marriage with Plese. Their two daughters are Skye Herjavec and Caprice Herjavec while his son’s name is Brendan Herjavec. They are already grown up now.

Last pic from the @herodogawards so fun presenting with my Husband @robert_herjavec and seeing all the incredible Hero Dogs ????

Herjavec also has twin children with his now wife Johnson, a son named Hudson Robert Herjavec and a daughter named Haven Mae Herjavec. The twins were born on April 23, 2018.

Welcome to the world Hudson Robert Herjavec & Haven Mae Herjavec - it’s great out here ! May you always know love, peace, and grace in your lives. May your dreams have no bounds and your spirit be strong

We wish the couple more amazing years ahead. Justin Timberlake To Perform at the 2018 Super Bowl, His Past Affairs, Relationship, Controversies