Do you know what happens when two talented people moving along same roots meet? They feel a strong connection within themselves which eventually assists in making a great love story. If you find it quite difficult to agree, have a look at Ore Oduba and Portia Oduba’s pair.

They aren’t just lovers but are husband and wife. The ‘Strictly Come Dancing’ champ Ore might not make it up to the first position without the strong and constant support from his wife.

The Oduba couple’s relationship as a husband and wife has been going great since the day they got married in 2015. Read more about the couple:

Ore and his wife Portia Oduba first meeting and dance

Ore studied at Loughborough University which is where he first met his wife Portia during one of the uni’s event. During an interview, Portia revealed how Ore asked to lift her up during their first dance. However, she declined the request but gave a cheerful smile. 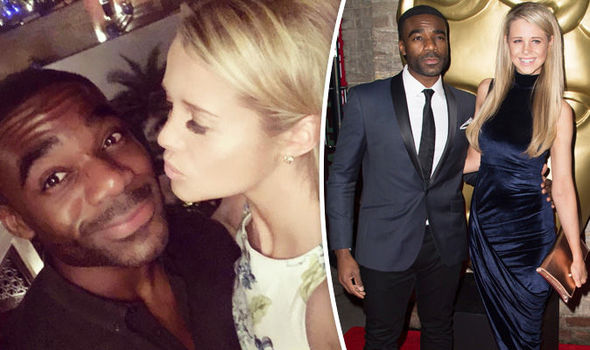 When Ore Oduba asked Portia to marry him

Proposing Portia gave Ore quite a hard time as his better half had forbidden him to pop the question in public. Because of that, Ore had to make several proposal plans which failed each time. He took his beau to various romantic getaways.

?Perfecting our red carpet poses for @thismorning... SOO much work to do ?? #Cannes #vogue? #whatever

The pair even had a birthday lunch in The Shard, a famous landmark of London, and headed straight for a romantic trip to Dubai. Just when the couple returned back after finishing their trip, Ore proposed Portia at her family homes amidst her loved ones.

The happy couple tied the knot in November 2015 at the Penshurst Place in Kent. The wedding day was quite a big event for Ore because of which he got really emotional. In an interview with Mirror, Ora described how he failed to hold his tears.

Ore Oduba and his wife Portia during their wedding day

“On my wedding day I cried from 11 in the morning until 2am that night. There’s a picture of me wailing, my best men there laughing and Portia absolutely cracking up next to me – I am the only one crying.”

Although the couple is nearing their second wedding anniversary, they don’t have any children yet. In an interview, Ore expressed that the pair is looking forward to having a family but their busy schedule isn’t helping them.

The couple has been talking about wanting kids from the first two months of being together. Even though they don’t have any yet, nothing has changed between them which is quite a good thing to know about. We hope their relationship as a husband and wife strengthens more in coming years.