Harry Styles is one prominent name in the music industry. The 23-year old singer/songwriter is well known as the member of the famous boy band One Direction. Along with singing, he is also defined by his acting career.

Besides, Styles love affairs and relationships are also the reason he hits the headline. We have been reading and hearing about his love life all these years and recently the singer/songwriter is making headlines for his chemistry with French-American model/actress Camille Rowe. Yes, you read it right. The two seem to be dating each other secretly.

The 23-year old singer has betrayed his female fans a lot of times in the past and his association with the beautiful model Camille is yet again doing the same thing. So, are the two really dating each other, or it's just a rumor?

Find it all here in Frsotsnow.

Styles earlier was linked with lingerie models, Sara Sampaio and Nadine Leopold but recently he is totally smitten with the French-American stunner, Camille Rowe.

The rumors about the two dating each other began just after they were spotted together and it has often happened with celebrities that they get encircled with such assumptions and speculation.

As per the reports, the alleged couple was spotted together in New York just a week ago and the reason is claimed to be their mutual friend Alexa Chung, 33. Check out the pictures. 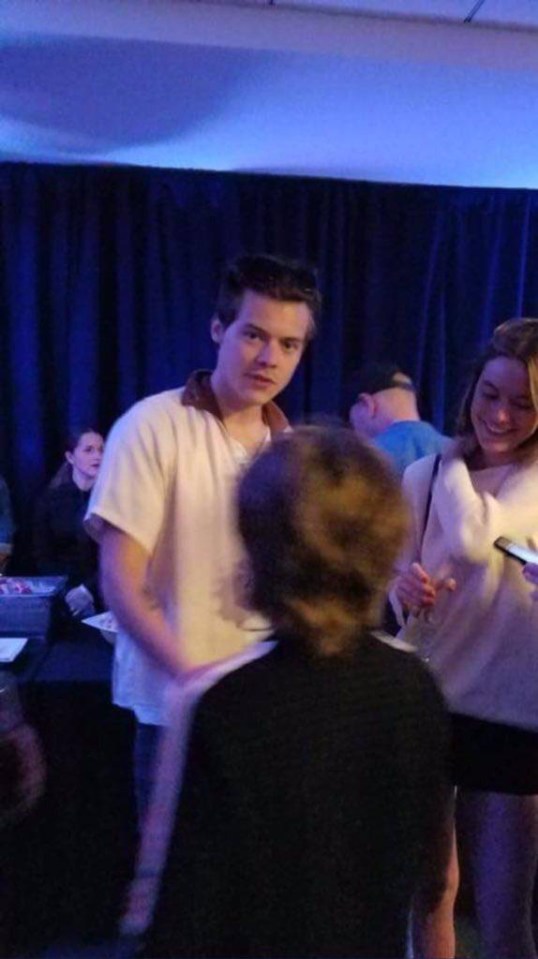 Well, it is not all, there's one more you would love to check back from the weekend. 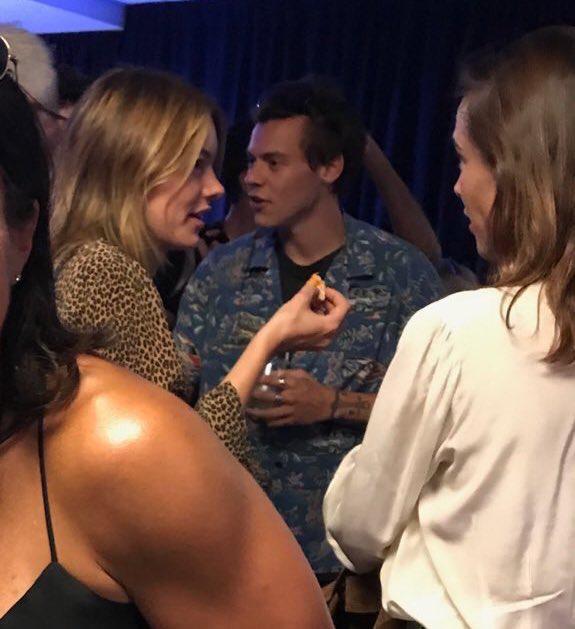 Looks like the two tried their best to avoid the cameras and didn't want to get caught together. What do you guys think about this?

Also, prior to the weekend incident, Styles hinted about his relationship with Camile in an interview on BBC 1 Radio last month. During the interview, BBC host Nick Grimshaw played a game with the star and asked him to play the Heart Monitor Challenge to prove whether the singer was telling the truth.

Nick showed a series of pictures to Styles including one of Camile and what he stated was unexpected. The singer grinned and said, "I don’t know her. I’m sure she’s a wonderful person. I hate you all so much." Looks like Styles himself didn't know what to say and tried his best to hide whatever's in between them.

Also, read; One Direction's Harry Styles to confirm the beautiful Kendall Jenner as his girlfriend!!

Check out the video back from the interview.

Well, things are a bit fishy and there's obviously something in between Styles and Camile but none of them has revealed anything regarding their relationship. However, a strong source claimed;

Harry and Camille are in the early stages of dating. He’s very protective of his relationships so isn’t going to want to make a big show of things. They are well suited and seem happy. She’s a real star on the rise. He seems besotted.

The two indeed make a good couple, isn't it? Till the time they open up, fingers crossed! And we hope they soon reveal their chemistry to their fans.