Laetitia Marie Laure Casta is a French actress and model. Casta became a "GUESS? Girl" in 1993 and gained further recognition as a Victoria's Secret Angel from 1998 to 2000 and as a spokesperson for cosmetics company L'Oreal.

Laetitia Casta is a beautiful model, and it's not a surprise to know that she has a long list of men in her life. She has appeared on more than 100 covers of the popular magazines like Cosmopolitan, Vogue, Rolling Stone, Elle, and Glamour acclaiming limelights from all around the globe. Apart from her professional life, let's also know spicy gossips about her love life.

Did you know she was once engaged to Stefano Accorsi but later married Louis Garrel? For more details stay with us.

Laetitia Casta was in a relationship with Stephane Sednaoui

Laetitia met her first love Stephane Sednaoui in her workplace. Stephane is a renowned photographer in the fashion model. According to the report, she dated Stephane in 2000, and their love relationship stayed for two years. 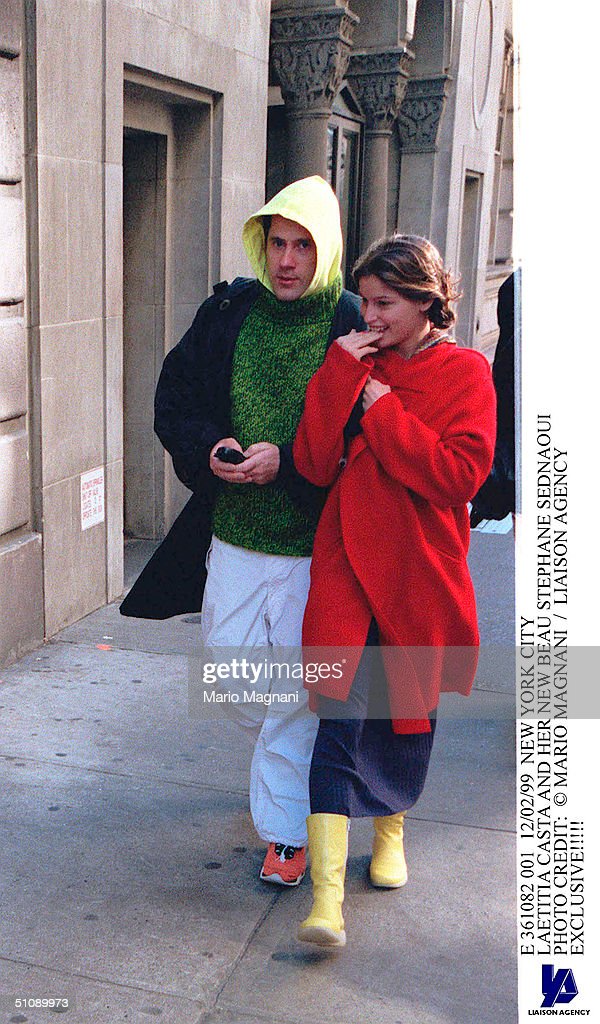 Laetitia Casta was in a relationship with Stephane Sednaoui

The couple also has a daughter together named Sahteene born on 19 October 2001. Even with the angel's arrival, the couple couldn't stop from getting a divorce. Laetitia broke up with Stephane in 2002 and the next year she met a new man with whom she later got engaged.

Laetitia got engaged to Stefano Accorsi

This love story is Laetitia's next exclusive love story which got immense limelight during the time.

After breaking up with her ex-boyfriend, Stephane who is also a father of their daughter Laetitia found her another love in 2003.

You must have already known the name. He is none other than a famous Italian actor Stefano Accorsi. The couple had a long-term relationship for almost ten years. Their romance sparked, and they even got engaged and announced to make their relationship official.

Unfortunately, her second love also could not stay stable, and the couple broke up in 2013.

Laetitia got engaged to Stefano Accorsi

Now it's heard that she has tied the know with a new man this year and it is official. Is it true? Let's find out!

French Love! Looks like Laetitia finally found her true love with the man she can relate to. According to the Daily Mail and People, Laetitia married Louis Garrel on 10 June 2017. Their wedding ceremony was held in Lumio, Corsica in a very intimate and super secret way.

Laetitia Casta is married to Louis Garrel on 10 June 2017

Casta wore a simple sleeveless white gown with her hair in tousled waves accessorized with flowers, while Garrel chose a tan-colored suit and dark wide-brim hat.

Their marriage ceremony resembles a Bohemian theme with a simple and sophisticated way. Their marriage was attended by 40 guests, and the celebration stayed till late hours at decadent Matahari Beach Resort on the island.

Let's also take a look at Laetitia's stunning appearance as a model! You can't miss this.

Congrats to the newlyweds! Hope they have a lovely journey together!