Omari Hardwick is a household name in the Tinsel town. His charm and hot physique is something that women go crazy about despite his portrayal of a negative role in Starz’s Power as James “Ghost” St. Patrick. There’s no denial about the fact that Omari has gained massive popularity as an actor. Therefore, his personal and love life are the matter curiosity for a lot of people.

Omari is happily married to his wife, Jennifer Pfautch. In fact, he is super protective of her. He took her stand when his fans called her ugly. Read the full article to know in detail about their life. Also, find out about his relationship and children in detail.

Omari is quite secretive when it comes to his wife and family. Therefore, there wasn’t really much to talk about them in the past. However, in 2014, his fans strong criticism regarding his wife’s beauty became a major issue. 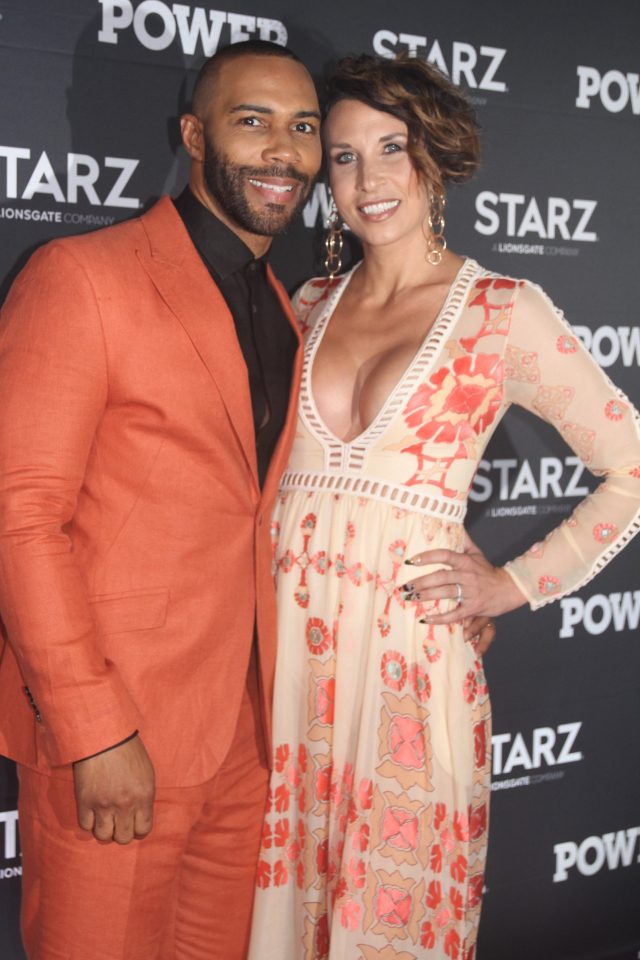 Omari, who always spent family time away from cameras and paparazzi, went out in New York City with his wife and children. Since Jennifer was always kept away from limelight; Omari’s fans started tweeting when they saw the family’s outing photographs.

Jennifer was termed ugly in comparison to her husband Omari who is tall, toned and built. In fact, people even judged Omari’s taste in women. Omari might have ignored it, but he could barely resist the level of hatred and negative comments that his wife was receiving.

The way Omari responded to all his fans really impressed us and we’re pretty sure that she was impressed too.

I wish all of you could experience celebrity for a week to understand the LEVEL of ugly in certain diseases (called human beings).

He tweeted, ‘I wish all of you could experience celebrity for a week to understand the LEVEL of ugly in certain diseases (called human beings).’ What a band!

Omari tied the knot with his wife Jennifer in 2012. It has already been 5 years of their togetherness as a husband and wife. They welcomed two lovely children in those years. Their kids, Nova and Brave, are super adorable.

Those moments when you look at your person and marvel at what God has used them for AND simultaneously beam with crazy pride at their willingness to be the vessel for HIS (hard) work...the journey requires sacrifice as well as strength to ALWAYS keep climbing. The talent of @omarihardwickofficial is only trumped by the goodness of his soul, inclusive of his desire for EVERYONE to be their best self. #FTV17 #montecarlotvfestival #ProudWife #BuildTogether #KeepClimbing #JetLaggedAF #France #Beach #TheHardwicks

It feels good to see celebrities’ married life going well in a world where there is high divorce rate. The love and support Omari Hardwick showed for his wife made us pretty clear that they share a great level of relationship that many couples can only dream of. Hats off to the heavenly pair!