Who doesn't know the five times Olympic Medal winner, Simone Biles? Obviously, the entire world! And if you don't know her, should we say you are an alien? Naah!! Let's not do that. But hey, here's some quick info about her. Now, here's the chance to again be someone from this planet.

The 19 years old, Simone is one of the most successful American artistic gymnasts. She waited for three long years to win Olympic gold. Not only Olympic gold, Simone is also the winner of 10 gold medals at World Championships.

The best way athletes can turn their Olympic gold into cash is by signing as many endorsement deals as they can and Simone will likely not let any endorsement opportunities pass over her hand. So, she has racked up million dollars in her net worth by being a part of famous brands.

Are you not curious about Simone's net worth? Well then don't forget to read the full article.

Simone owns a huge Net Worth

Girls in Simone's age are busy taking care of their skin, dress, and boyfriends but she's dominated women’s gymnastics on the world stage like no one else ever did.

Simone Biles with her medals

This young girl has worked really hard to get where she is, and she deserves every single dime for all of her ambition and drive. But, unless you’re a very famous athlete like Michael Phelps or Michael Jordan, you really don’t make that much money.

Must Read: Michael Phelps: The Greatest Swimmer Of All Time, Also Know His Career, Struggles, And Net Worth?

michael phelps taught me how to stack my medals

However, Simone has successfully added $2.5 million in her net worth. It's not that she earn such a huge worth in a day. Her net worth is reportedly growing each year. In the year 2013, when Simone had just started to succeed in her career, her net worth was $60,000 and by next year it reached $300000.

Hey friends! The eBook version of #CourageToSoar, which includes bonus content NOT in the print book, is $2.99 today only! Pick up your copy while you can.

One of the ways athletes earn their net worth is with the help of commercials and endorsements. Simone had earned over $2 million from prize money and endorsements before she even got to the Olympics.

Simone also appears in a commercial for P&G’s Tide Pods with the slogan “Small but Powerful." She was also a part of Procter & Gamble’s ‘Thank You Mom’ commercial campaigns.

If you are a fan of Kellogg’s Special K Red Berries, then you must be aware of Simone's photo on the box of the cereal! Kellogg’s is also featuring soccer player Julie Johnston, swimmer Tom Shields, runner Ajee’ Wilson and Paralympian Natalie Biule on other Kellogg’s cereals. 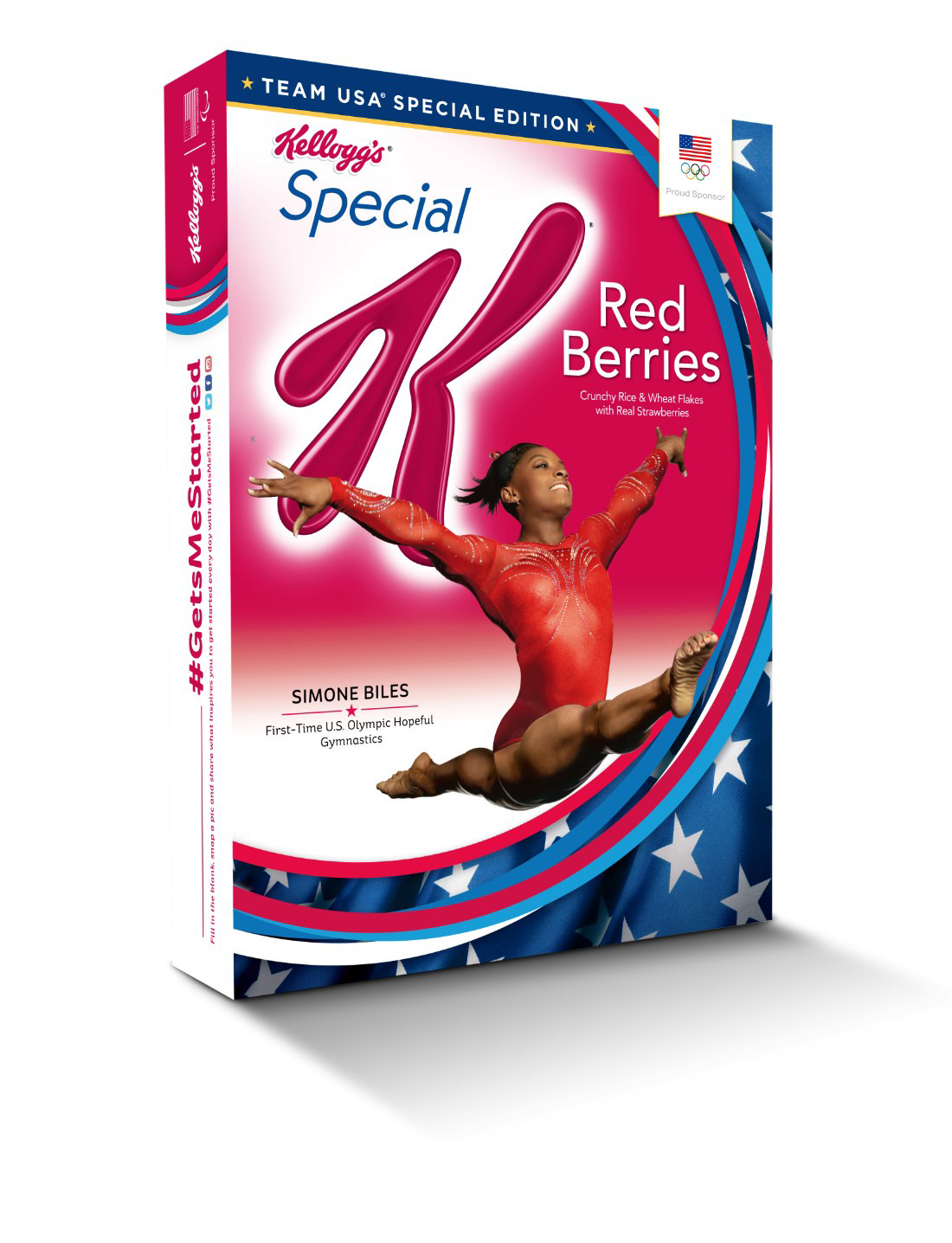 Simone first tried gymnastics at the age of 6 years as part of a day-care field trip and she was suggested to continue gymnastics by her instructors. On 11 July 2011, She began her gymnastics career at 2011 American Classic.

Simone's senior international debut was in 2013 American Cup, a FIG World Cup event. She and Katelyn Ohashi played on the replacements for Elizabeth Price and 2012 Olympic gold medalist Kyla Ross, both of whom withdrew from the competition because of injuries.

On July 10, Biles was named to the team for the 2016 Olympics, alongside Gabby Douglas, Laurie Hernandez, Madison Kocian and Aly Raisman. On August 9, 2016, Simone led the U.S. women’s gymnastics team to win the gold. She went on to win gold again in the women's individual vault competition. Simone continuously won total five medals including one bronze.

Isn't this great. Simone has achieved quite a lot at a very young age and we hope she continues to amaze us. We wish her all the very best for her future. Best of Luck Simone!!