Olympian Allyson Felix, a 31-year-old star athlete for 200m and 400m gave a great performance in the past Olympics and wants to do the same in the upcoming Olympics.

This amazing athlete has the record of most gold medals amongst the women and if she gets into 2020 Olympics then, she will have the record of the woman to have played 6 Olympics. Along with that if she wins a gold, then there will be a record of the oldest athlete to win a medal.

Must Read: Rumors about Allyson Felix and achievements

Last year, the Olympian was injured in her gym by tearing two ligaments in her right ankle due to that she could not perform well and she had to satisfy herself with a silver in the Olympics for 400m edged by the Bahamas' Shaunae Miller by 07. But what she really wanted was to race the 200m and 400m in Rio (Olympics 2016).

Now, let's take a look at her Career 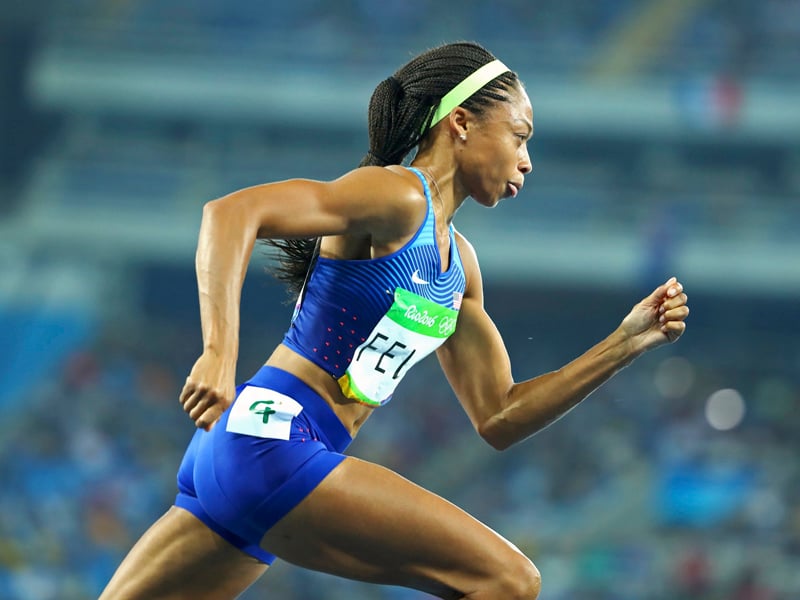 Above were the USATF career of Allyson Felix, now let's talk about the International Championships; To make you clear here's a table.

That was the career of Allyson Felix both national in international. Now, let's talk about her Awards.

Talking about Allyson Felix awards, she has been honored by Best Female Track Athlete ESPY Awards in 2006. After that she was honored with the Glamour Awards For the Unstoppable in 2012 along with that she has also been the Five-time Jesse Owens/ Jackie Joyner-Kersee award.

Congrats to #LA2024 Athletes' Commission member @allysonfelix for being named Sportswoman of the Year at the #LASportsAwards! pic.twitter.com/cVJ5JBLKtM

In 2020, Felix could possibly try to become the oldest U.S. women’s Olympic medalist in an individual track and field event, beating the mark set by Jackie Joyner-Kersee at Atlanta 1996. By even making in the Olympic team, she would match the record for U.S. Olympic track and field appearances at five with Gail Devers, Amy Acuff, and Willye White.

Here, take a look at an Instagram post where Allyson Felix is working out or shall we say getting ready for 2020 Olympics

We wish Allyson Felix a very best of luck for her 2020 Olympics and we hope she adds up some more records to her name.