Olivia Culpo arrives at ESPYs with boyfriend Danny Amendola, Know about their Relationship If you are an NFL fan, you will not have a hard time figuring out who Danny Amendola is. Over the past years, Amendola has been successful in earning fame and popularity because of his profession, but not many know that his love life is pretty amazing too. The NFL star has been dating gorgeous Olivia Culpo for some time now.

Amendola and his girlfriend Culpo's appearances at the ESPYs award pretty much-stunned everyone. They surely knew how to rule the night as they looked drop-dead-stunning together. Read the details:

Amendola was nominated in two categories: Best Team and Best Game, but if ESPY was giving best girlfriend award, we're pretty sure Culpo would have won it. 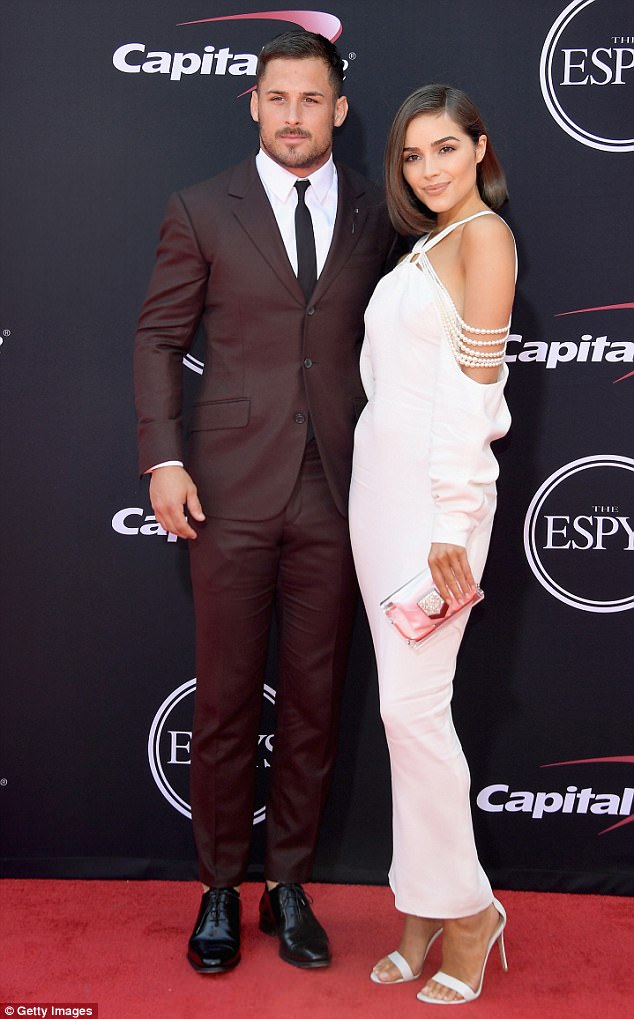 Olivia Culpo with her man Danny Amendola during the ESPY award

When the 25-year-old Olivia appeared on the Los Angele's Microsoft Theater red carpet along with her boyfriend Amendola, people could barely take their eyes off her.

She stunned everyone with her beauty as she wore white off-shoulder halter dress which was bodycon. The outfit was enriched with pearly details that added a little more sparkle to the outfit. 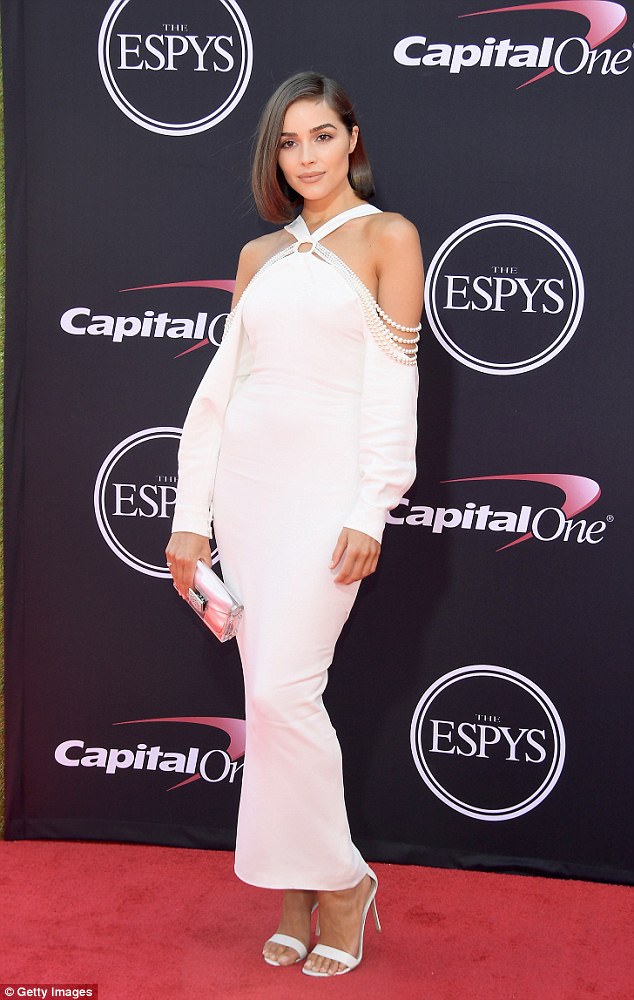 She wore a pair of ankle strap white heels and a small white clutch on her hand. She chose to attend the event with minimum makeup and accessories as she only wore a pink diamond ring in the name of jewelry. Her long bob was maintained perfectly as it just touched her shoulder neatly which was justifying her beautiful face.

Culpo's NFL star beau looked equally dashing as he wore an aubergine suit paired with a shiny black tie. He chose a white shirt and a pair of shiny black shoes to complete the look. 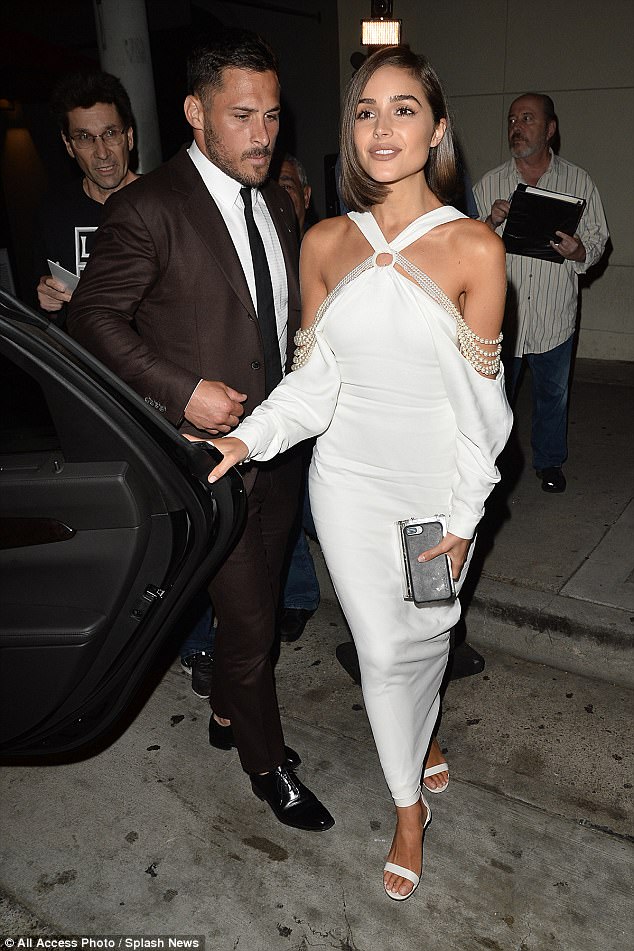 Olivia Culpo arriving at the ESPY award with her boyfriend, Danny Amendola

We can't miss the fact that Amendola's hair was done neatly. What do you think? Olivia must have been protective of her boyfriend. He looked so damn hot.

Considering Culpo and her beau's chemistry, we can say that they seem to be in as much love as they were at the beginning of their relationship. They have been involved in a romantic love affair for more than a year already. Do you know where they were first spotted? They were first seen together at Coachella in April 2016.

Although the pair has revealed no any desire of getting engaged and marrying, we are pretty sure they'll take such step at one point or another if their affair lasts for a long time. Considering how Culpo and Amendola's bond and togetherness, we don't think they will split ever.

For more updates on your favorite celebrities stay tuned to Frostsnow.