When an engagement breaks, it’s a rather hurtful event but things seem to appear quite opposite when it comes to Nicole Murphy, as she is currently dating Diego Ward and appears to be really happy. Previously, Murphy was engaged to football great-turned-talk show host Michael Strahan, but they broke up because Strahan was found cheating on Murphy.

Let's get into details about their love affairs.

Hot model and actress, Murphy’s relationship with Ward, is going really well at present. Ward is an excellent stuntman, who has appeared in many movies such as Insurgent, Vigilante, The Take Over, etc. They not only make a perfect pair but they also actually seem like they are made for each other. Moreover, Murphy’s boyfriend Ward seems to be an understanding man.

Despite breaking her engagement with Strahan, Murphy still meets him quite often. Recently, she was spotted having lunch with her former five-year-long fiancee. 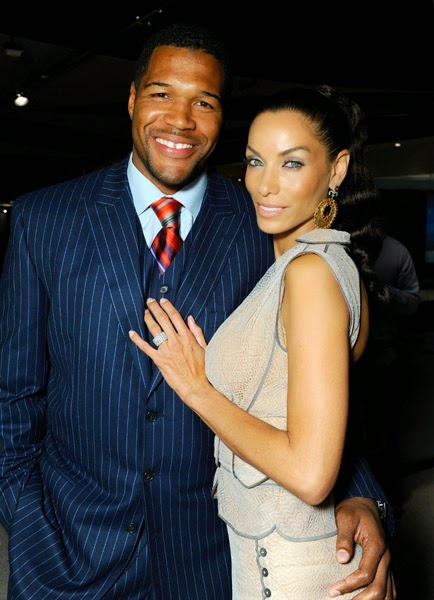 During an interview, Murphy said that she and her former fiancee are still very good friends. This duo broke their engagement because Murphy caught Strahan cheating on her red-handed. Despite the past, Nicole said,

We will always be friends.

Murphy is not an unmarried woman. She was married to actor and comedian, Eddie Murphy, in the past. That is where she got her surname from. After dating for many years, this duo tied the knot in 1993. However, getting married did not appear to be one of the best decisions in their life. They ended in a sad divorce. Nicole and Eddie got divorced in 2006. It was not easy for either one of them to end their 12-year long marriage but the circumstances made them do so. The reason behind this couple’s divorce is quite unclear. However, in the past, there was a rumor that Nicole’s husband Eddie mistreated her. But the rumor appeared to be false as it did not have any strong proof. Neither of them revealed the exact reason behind their divorce. Talking about Nicole’s children, she has five kids with Eddie Murphy. Among the five children, four are daughters and one is a son. They are named Bria Murphy, Shayne Audra Murphy, Zola Ivy Murphy, Bella Zahra Murphy and Miles Mitchell Murphy. Nicole and Eddie’s children are all grown up now and look as attractive as their parents.

Getting back to Murphy’s current relationship with Diego Ward, Murphy has not accepted officially that Ward is her boyfriend. But she has said that she is dating him and it is nothing more than a casual date. However, it would be a great decision for Murphy if she actually falls in love with this amazing man. If he can keep her this happy now, then there is a high possibility that he can keep her happy forever.